With all the talk about how the currency crisis will affect Indian Real Estate, we thought it would be a good time to take a look at trends in the quarterly House Price Index (HPI). We find that the slowdown in the real estate market has become more acute in most cities. Chennai is the only exception, where prices have accelerated more recently.

The data was released by the RBI via the Database on the Indian Economy (DBIE) to gauge trends across India and in ten major cities. 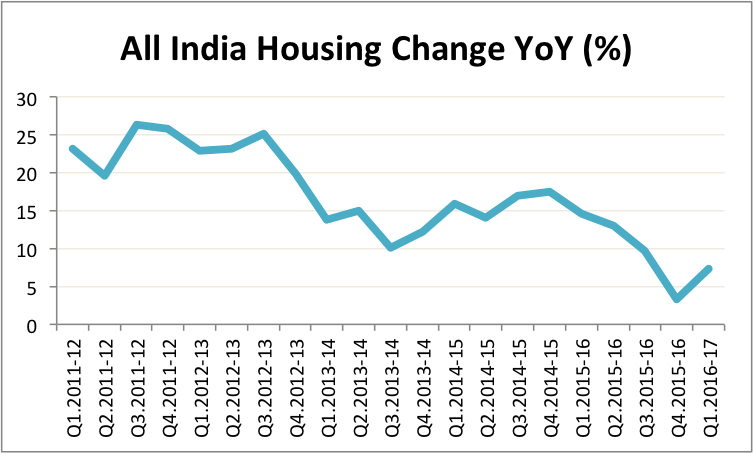 In Q1 2016-17, Indian real estate continued to show the sluggish growth that we observed in our previous quarterly update. Even though we are far away from the the massive increases of approximately 20 per cent per annum that we saw in 2011-2013, according to the RBI data, real estate has still not seen an actual fall in prices. The trend is still positive, although it is increasing at a lower rate.

It must be mentioned however that the data does not capture the “black” component of real estate prices and may also be shifted upwards due to the fact that ready reckoner rates in cities have continued to increase. Keeping this in mind, the actual value of price change must be taken with a pinch of salt, but it is useful in showing that the trend in prices is down.

With the new changes in currency, we are likely to see a large contraction in demand for real estate over the next few quarters as well as a structural increase in the “white money” component of transactions. It will be interesting to see how these trends play out in the RBI data. 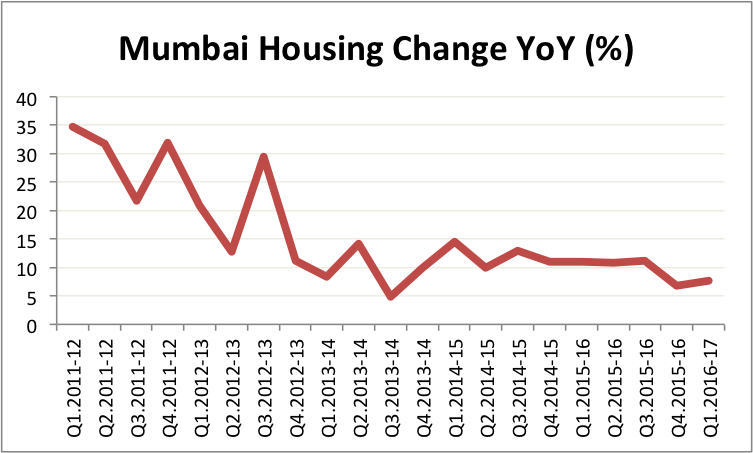 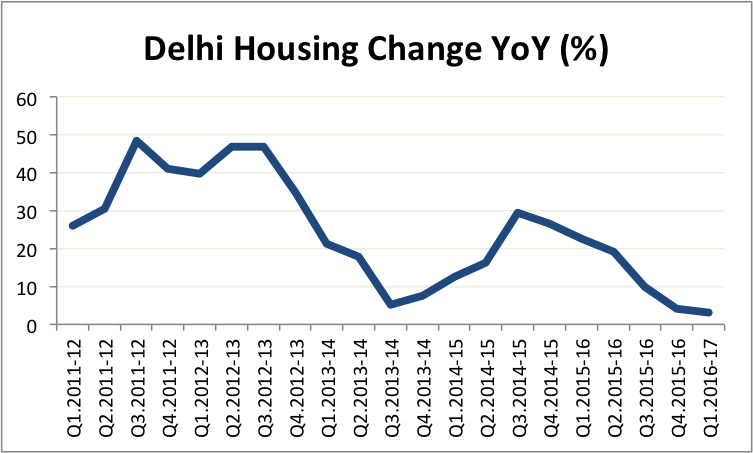 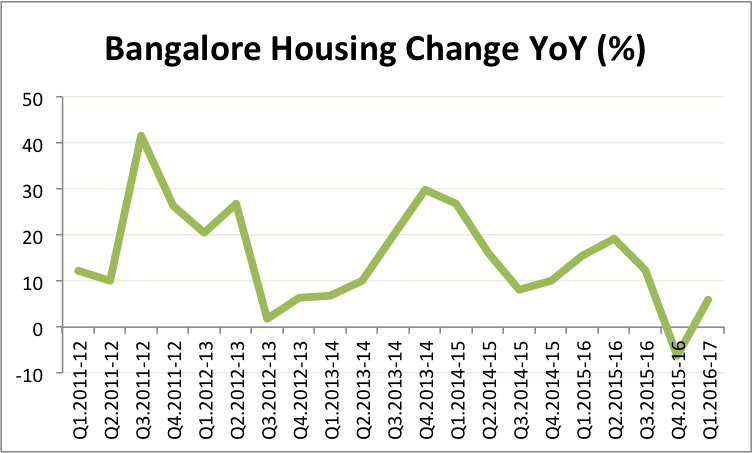 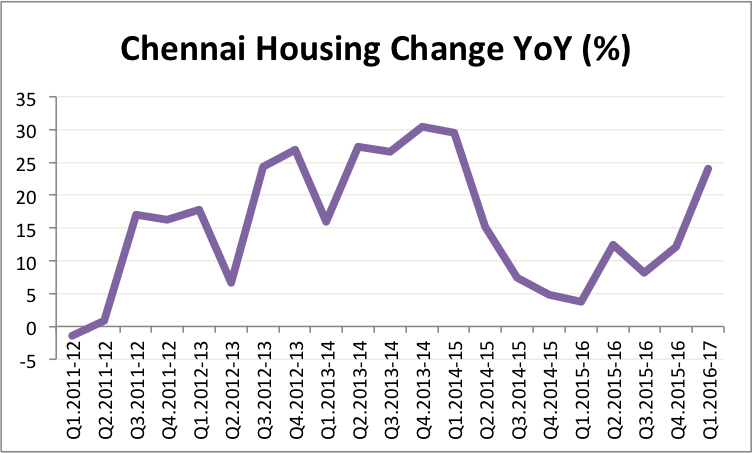 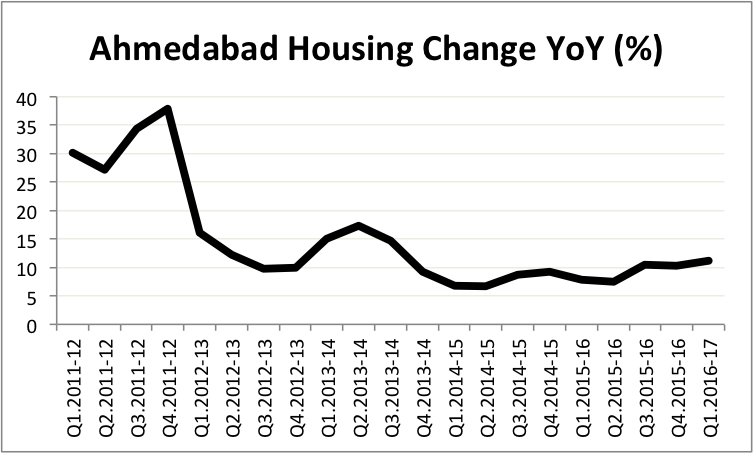 While Mumbai and Ahmedabad continue to show stability in prices, Delhi and Kolkata showed a further drop in price trends. On the other hand, the rise in prices in Chennai continued to accelerate and Bangalore also showed a small uptick in prices. 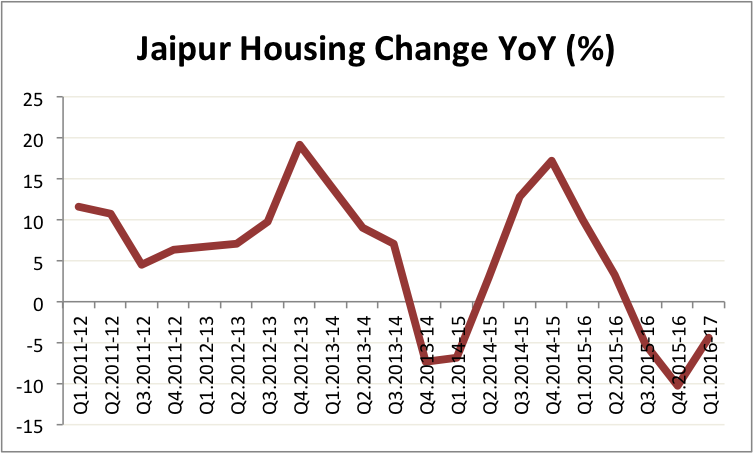 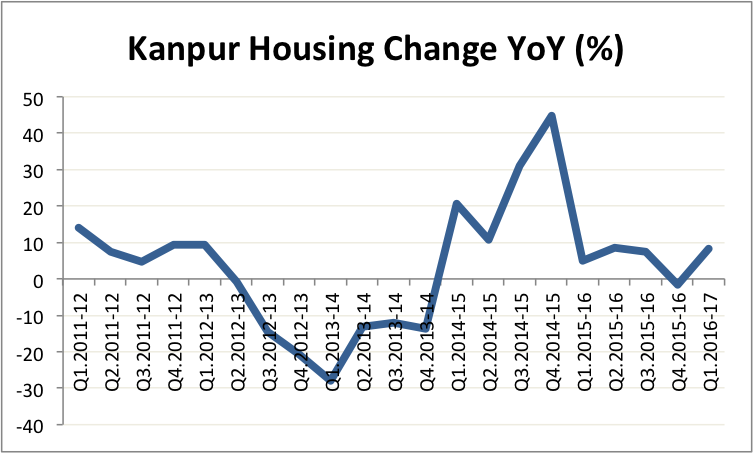 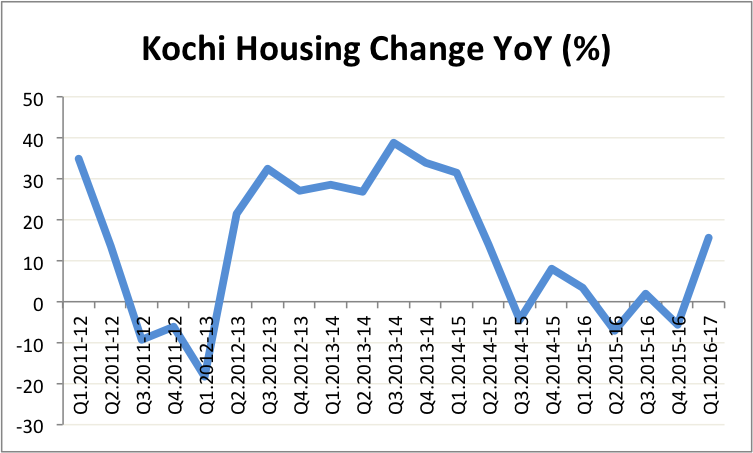 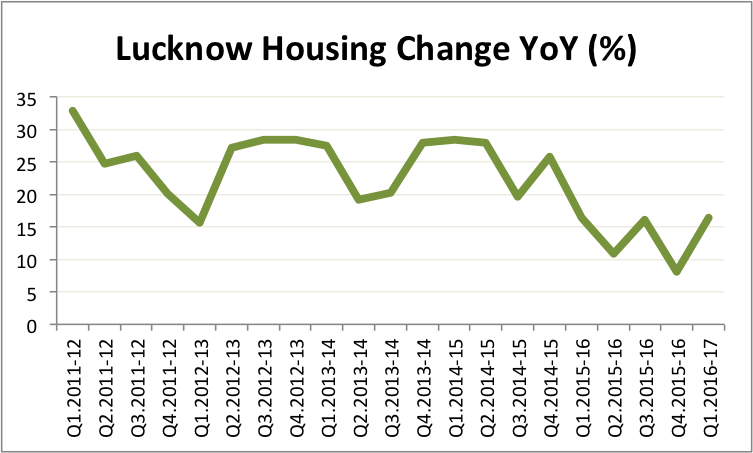 After many quarters of falling prices, most of the smaller cities started to bounce back in Q1 of 2016-17. This is a healthy sign, indicating that a lot of the speculative demand has moved out of the system and the market is starting to reflect end-user demand. Kanpur and Kochi have bounced back from negative year-on-year change in price, but Jaipur continues to see negative growth. These cities real estate markets are also likely to be hit with the cash shortage in the market.

It is likely that the changes in currency will further hit an already sluggish real estate market. Excess housing supply is still a concern in major metros. These cities also have large speculative and investment related real estate demand. With the increasing focus on black money and benami properties, the correction in major metros will likely be much sharper. Smaller cities and towns, which are driven more by end user demand, may be protected a bit more. However cash still forms a large component of incomes in these areas and so it is unlikely that they will be spared from a correction in prices either.