Indian equities have bounced back sharply and are up over 5 per cent in October. This is part of the broader outperformance of emerging market in general. All major indices have given great double digit returns over the last year. And the S&P500 in particular has outperformed on a longer term basis. 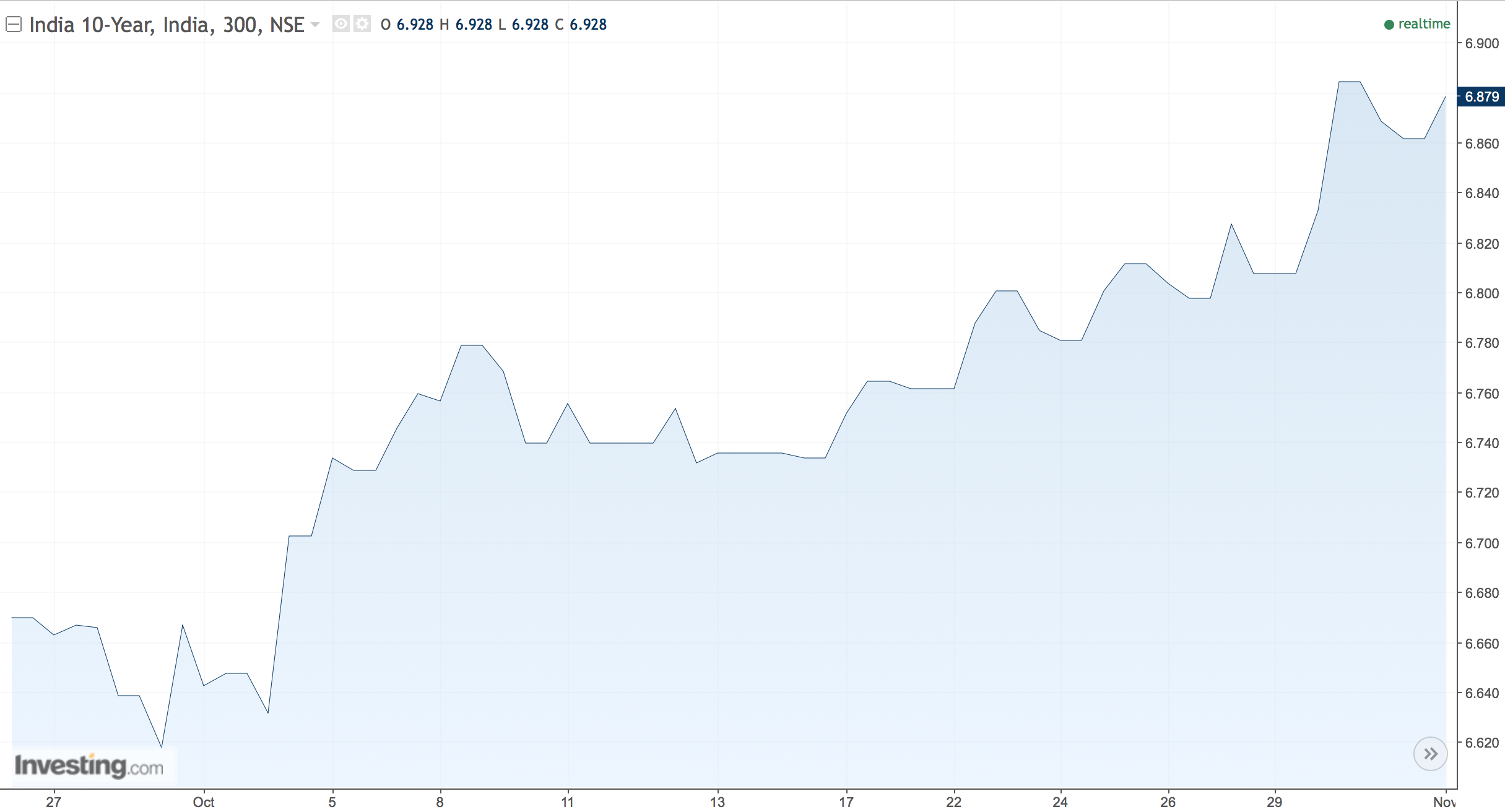 The 10 year G-sec yield has been steadily moving higher toward 7 per cent in October. This probably reflects both global and local trends. On the global front, the Bank of England has raised rates and the new FED chair is likely to continue with a more hawkish stance. In addition, global growth has started to pick up and there has been a surge in commodity prices creating expectations of a further rise in rates. On the local front, the last month has seen the government majorly loosen the fiscal purse strings. There was the announcement of the bank recapitalisation scheme, further fiscal push toward new infrastructure projects as well as tweaking of GST rates which may lead to revenue loss. Further the pickup of oil prices has led to renewed fears that inflation will pickup again. All these factors are probably weighing on the debt markets, leading to a rise in rates. 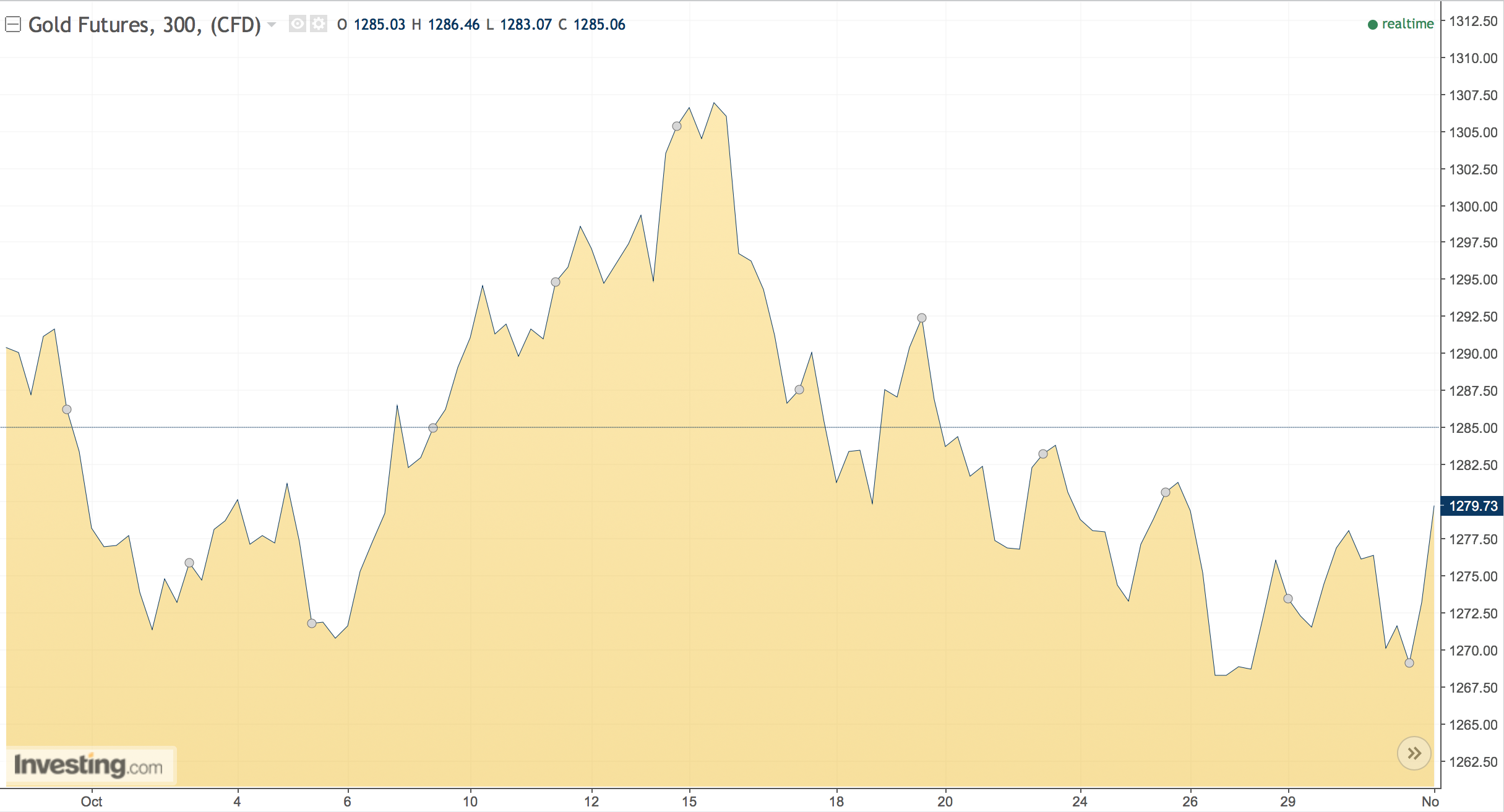 Gold has seen a slight downtrend in October, however the commodity continues to trade in the 1200-1400 dollars per ounce range. A strong move of gold outside of this range would give a better indication of its long term trend. 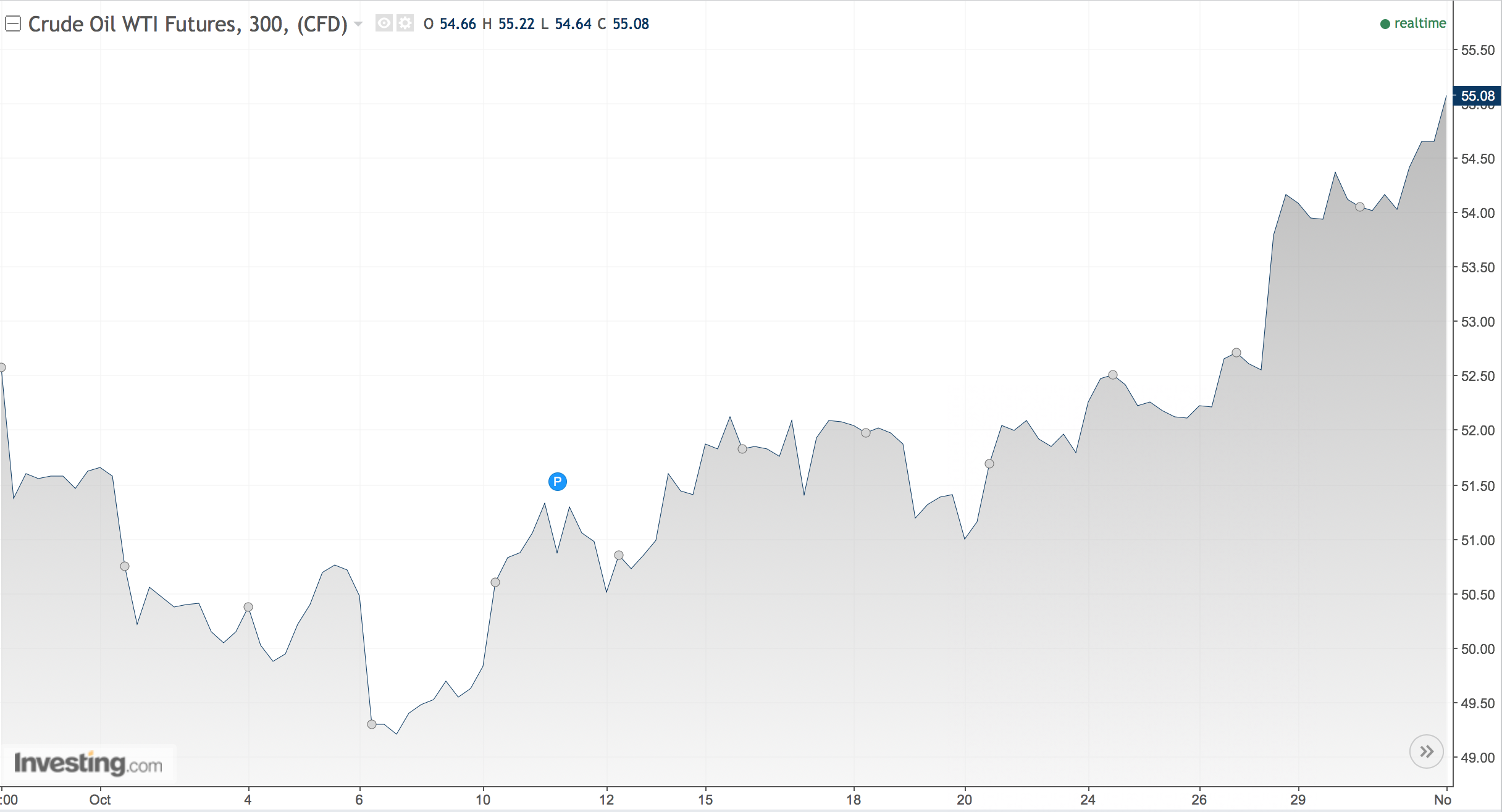 Oil has traded roughly in the 50-55 dollars per barrel range since the beginning of the year. The commodity fell below 50 in April, and has stayed around that level since then. At the end of October, oil started to break out of this range. Because of our large dependance on oil imports, this is hugely concerning on the fiscal front and we will have to keep a close eye on how it affects the macros. 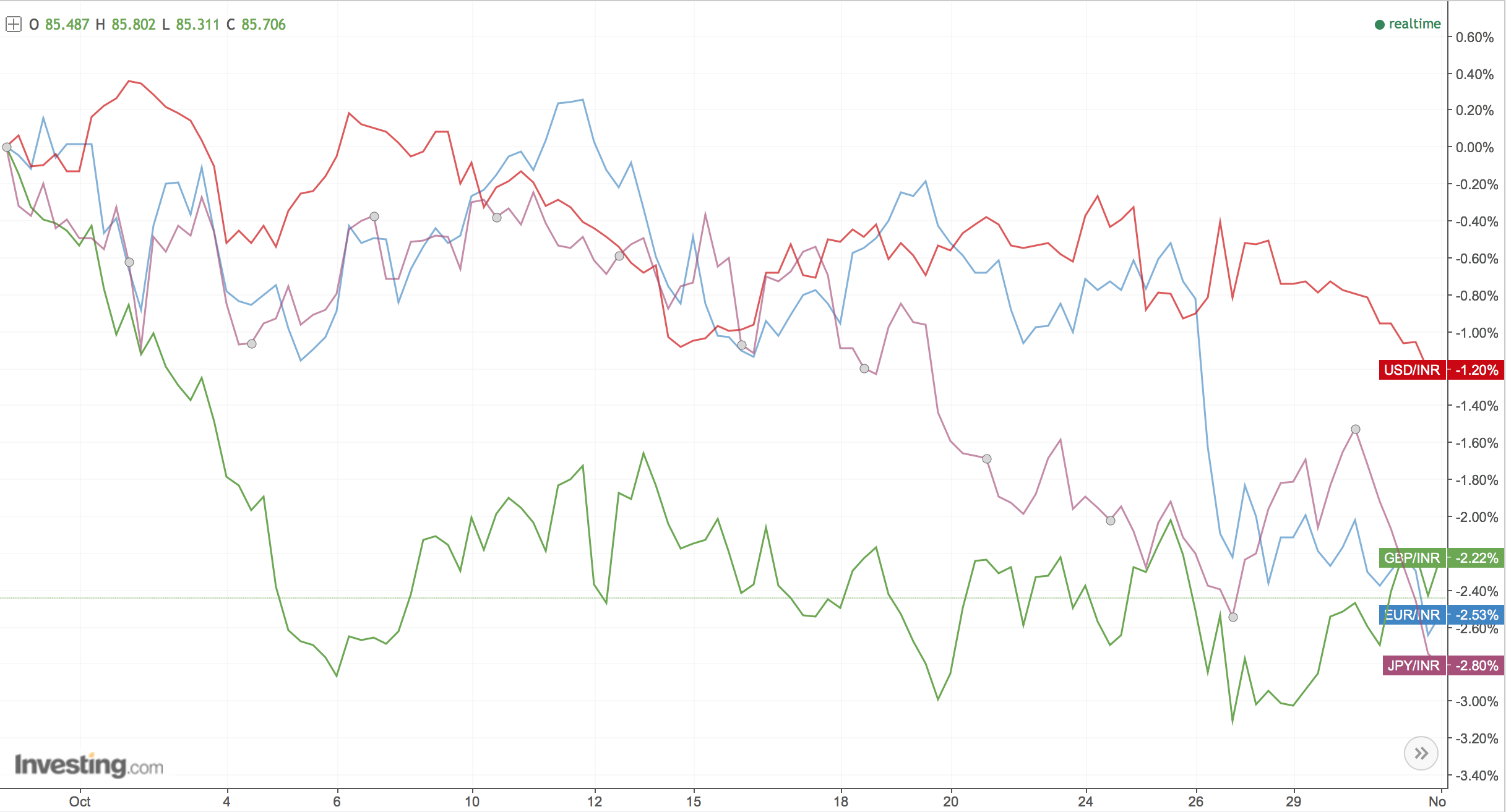 The Rupee has generally appreciated against most currencies in October. 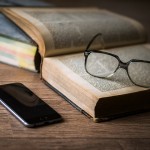