From something that initially seemed impossible, Brexit is now a reality with the referendum indicating that the UK wants to exit from the EU. The news has spooked financial markets because of its implications on the global economy.

Brexit is the term used for Britain’s referendum to exit the European Union. The referendum was put in place by the idea that the people of the UK should have more power in making their own decisions rather than being subject to the rules of the EU. This movement has been spearheaded by the UK Independence party that also wants Britain to close its borders and stem the flow of immigrants into the country.

One of the main principles of EU membership is “free movement”, which means you don’t need to get a visa to go and live in another EU country. The British economy benefited immensely from access to the European free trade agreement. If Britain is to leave the trade-block, it will have to renegotiate treaties with  the EU region.

The UK has voted to leave the EU, by a narrow margin of 52-48. Technically the referendum result is not legally binding. The withdrawal agreement has to be ratified by Parliament and according to a Morgan Stanley report over 70% of British MPs support remaining in the EU. However it is highly unlikely that these MPs would vote against a Brexit as they would then have to face the wrath of the voters in the next election. 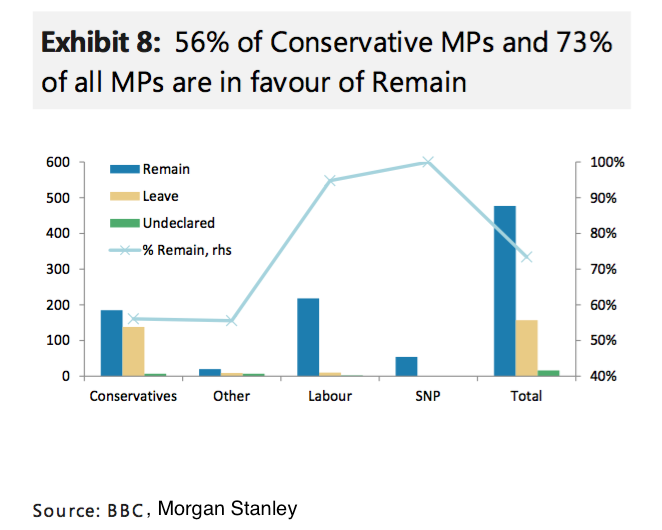 What are the next steps?

Credit Suisse has some nice charts on how the UK could leave the EU in theory. The diagram below shows the way forward. 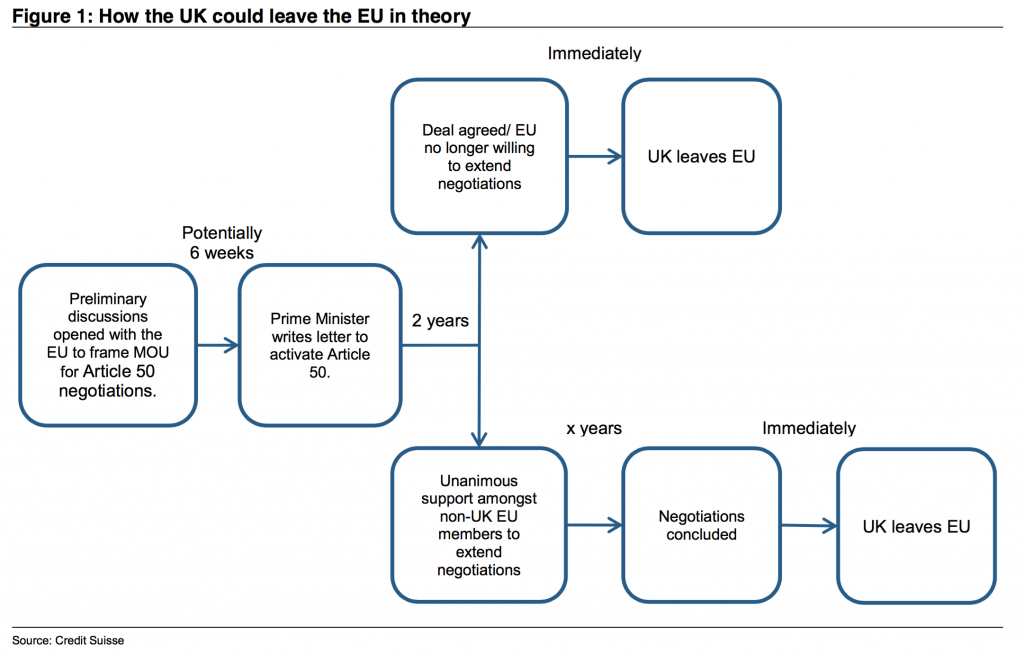 The UK has to inform the EU of its intention to leave and then frame the exit process under Article 50. Once Article 50 is invoked, there are two routes to leaving – one is through negotiation between the UK and the EU and the second is of having no agreement and the UK ceases to be a member after 2 years.

In politics, things never work out accordingly to plan. David Cameron has already said that he plans to step down from his position in October and would leave invoking of Article 50 to his successor. There is also the possibility of public demand for a second referendum. Credit Suisse has outlined the possibilities below. 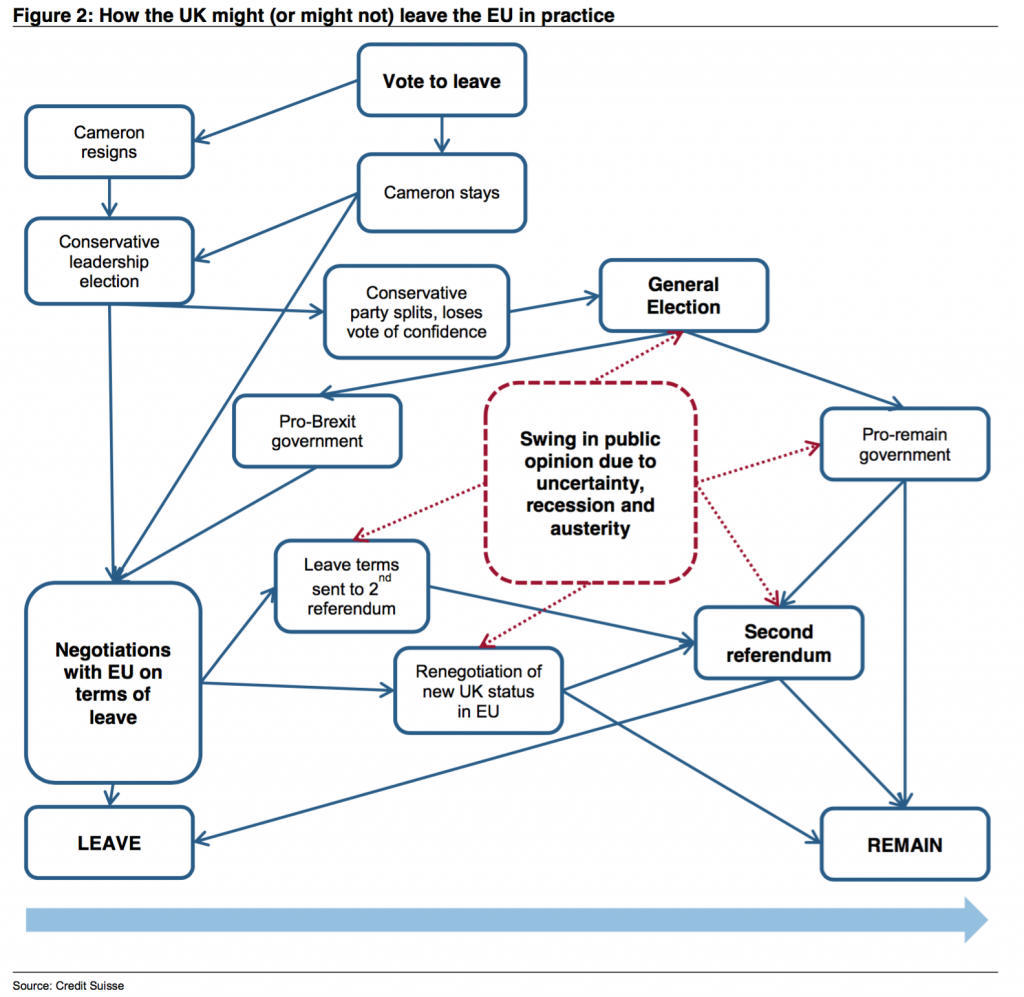 Needless to say, this process could take some time. EU Law still stands until the UK ceases to be a member.

What will be the impact of Brexit on the global economy?

The biggest impact will be on the economies of the UK and Europe itself. Not only will UK businesses lose access to the benefits of the free trade area, but the European firms will lose access to the financial capital of London. There will likely be a further slowdown in growth in both the UK and the EU.

One of the major concerns is that a move by the UK to leave the free trade agreement would spur anti-EU sentiments among other member countries resulting in further fragmentation of the union.

The referendum also has implications for financial markets in the near term. The markets reacted sharply to the news and there was a “flight to safety” across risk assets. We saw a sharp rally in the US Dollar and the Japanese Yen coupled with a sharp depreciation in the British pound. There was also a rally in Gold prices.

The Bank of England, the ECB and the Bank of Japan are likely to go for monetary policy easing. In its last meeting the Fed also explicitly talked about a Brexit being a factor in holding rates steady. What this means is that global bond yields will stay low for longer and a rate hike by the Fed has probably been pushed further out into the future.

What will be the specific impact on India?

According to CapitalMind, India’s exports to Britain stood at 17% of total exports. The European Union is also one of our largest trading partners.With these economies slowing, it is likely that Indian exporters with large exposure to the region will take a hit. Along the same lines, subsidiaries of Indian companies in the EU and UK will face a  challenging business environment.

We may also see the “flight to safety effect” with foreigners selling emerging market assets to buy US treasuries.  As a result Indian bond yields might rise and the rupee may depreciate further against the dollar. Finally, corporates with loans in foreign currencies may take a hit because of volatility in the FX market which may put further stress on their balance sheets.

We are still in the early stages and there are a lot of unknowns in the way forward for the UK. The initial reaction of the markets has been very sharp and we will likely see more turmoil, especially in the currency and fixed income markets. It may be some time before the dust settles.