With both Rexit and Brexit happening, June has seen a lot volatility. We take a look at how various asset classes have performed in our monthly market summary. In particular, we examine returns of equities, debt, gold, oil and the Indian rupee. 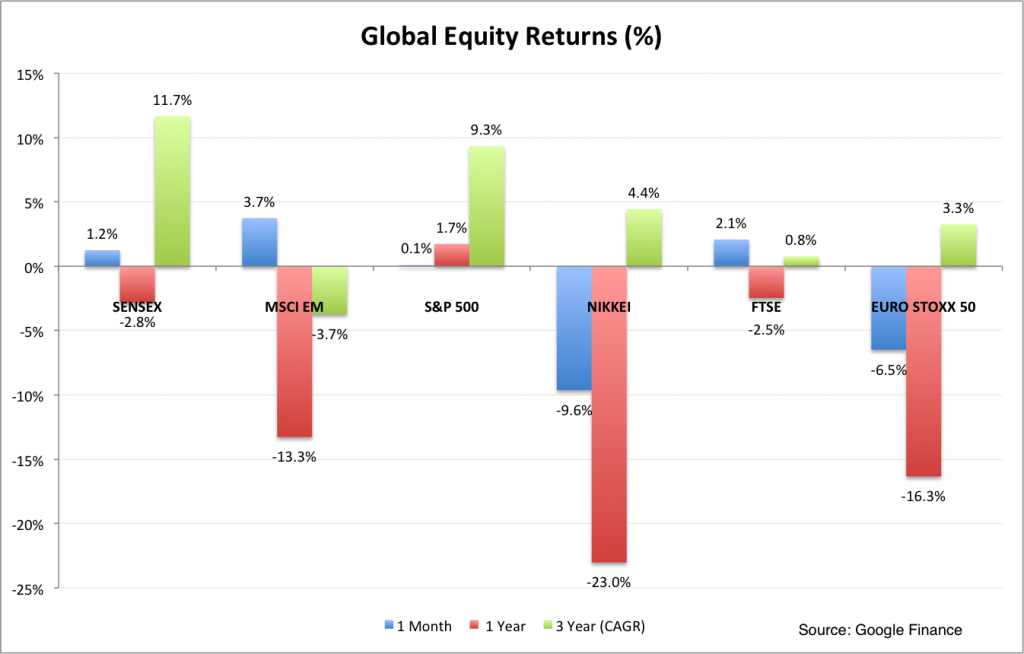 After moving up by more than 4% in May, the Sensex continued its upward trend in June. The Indian markets continue to be one of the best performing markets across the globe on a longer term basis. It should be noted however that after months of underperformance, the broader emerging market basket has given better returns than India in the month of June.

Brexit surprisingly did not have much of an effect on British equities, with the FTSE actually closing the month up by roughly 2%. The referendum did have a big impact on European equities, with the Euro Stoxx 50 falling by approximately 6.5% in the month on concerns that the vote would mean more problems for the union. Japanese equities were also affected negatively, falling almost 10% in the month. This probably had a lot to do with the strong appreciation of the yen after the referendum as investors moved to a “risk-off”environment. The US markets were flat during the month and continue to do well on a longer term basis. 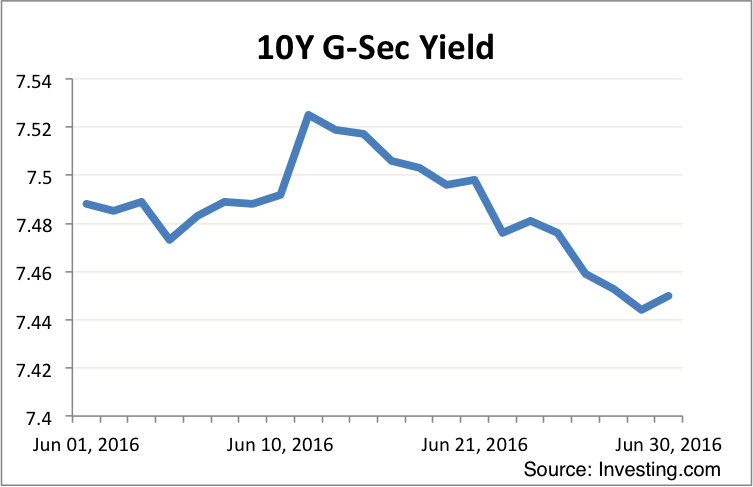 After moving up in the month of May, government bond yields have fallen in June. This is a continuation of a trend that starting in September of 2013 (see our previous post). Bond yields have been trending down because India’s fiscal situation has improved considerably and inflation has come down. With banks shifting to an MCLR regime and with the RBI’s revised liquidity management framework, we are likely to see bond yields continue to move lower. A spike in inflationary pressures or a deterioration of the fiscal deficit could result in a reversal in this trend.

Gold started moving up during the month continuing the upward trend we have seen since its December low of roughly 1050 dollars per once. It spiked at the end of the month, benefiting from the “flight-to-safety” trade after the Brexit vote. 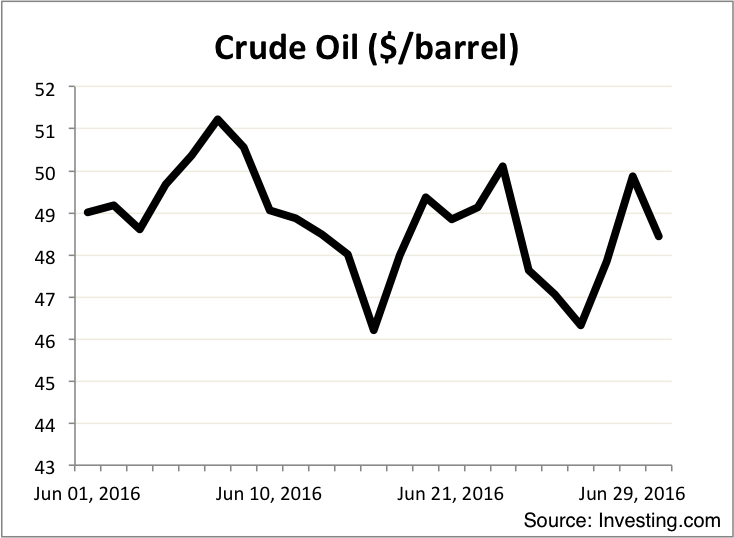 Oil has been relatively stable in June. After rallying from a low of approximately 26 dollars per barrel at the start of the year, it is now hovering around the 50 dollars per barrel range. With expectations of global growth slowing because of the EU crisis, demand may fall. Supply may also come back to the market once disruptions due to fires in Canada are resolved. These factors will likely keep oil prices in check, but it is important to keep an eye on them because they have a large influence on our economy’s fiscal situation. 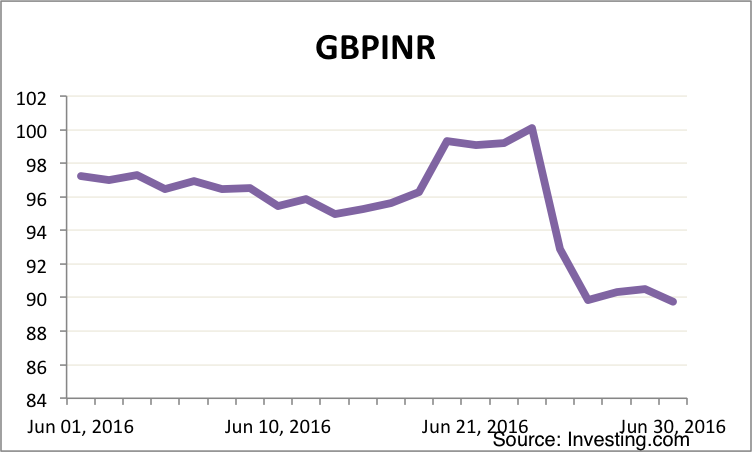 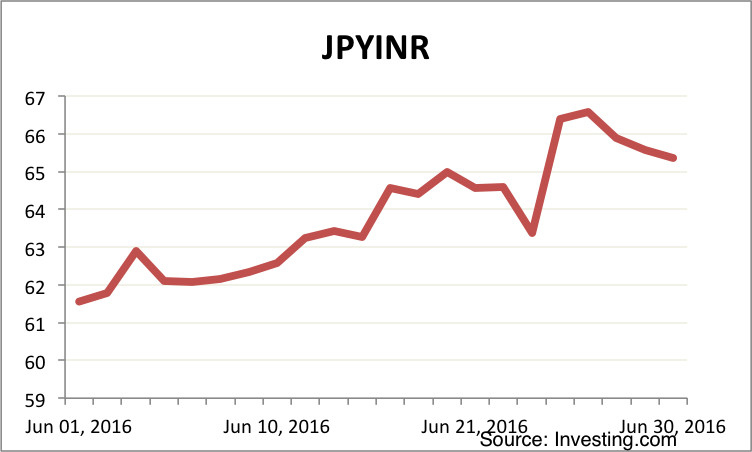 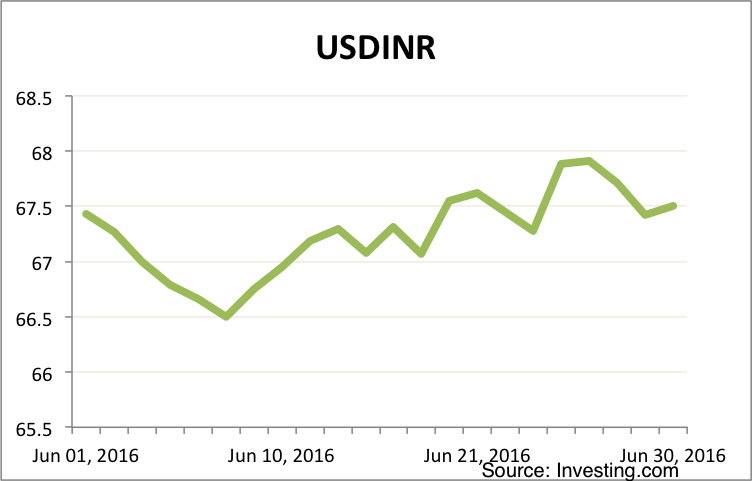 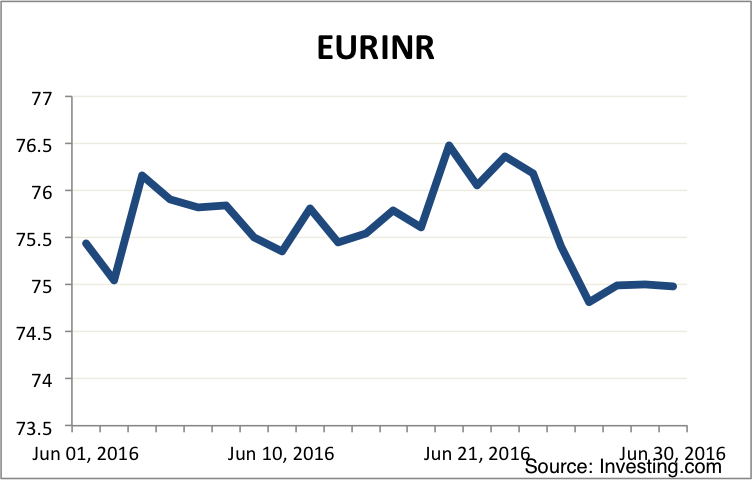 The major impact of Brexit can be seen in the currency markets with the pound strongly depreciating and with the yen benefiting from the flight to safety trade. Japanese equities fell to offset the rise in the yen and european stocks also suffered over concerns of further trouble in the european union. Gold was also a beneficiary of the Brexit vote, rallying sharply towards the end of the month.

Indian markets were relatively unaffected by the UK referendum. The equity markets continue to rally, with the Indian economy being one of the few bright spots in a slow growth environment. The fixed income markets and the rupee have also been relatively stable in the month of June.