Have we wasted savings from low oil prices?

India has benefitted tremendously from the fall in crude prices. The government has taken advantage of low oil prices by initiating much needed reforms to reduce the oil subsidy bill. The government has also raised additional resources by raises taxes on petrol and diesel prices to help fund its development agenda. Unfortunately most of the savings from lower crude oil prices has not gone into capital expenditure but has instead been spent on the food subsidies.

The RBI’s Financial Stability Report has a few charts that show this trend.

The chart above shows the efforts by the government to rationalise the fuel subsidy are paying off. Fuel subsidies have fallen massively from 2012-2013. However the total subsidy bill has not fallen by much because food subsidies have grown significantly during the same period. This is because the government has started to implement the National Food Security Act to ensure that over two thirds of India’s population has access to subsidised food prices. The pan India rollout of this bill will take food subsidies even higher in years to come.

India is a growing economy and even though total subsidies have not fallen by much, they have fallen meaningfully as a percent of GDP. This is a positive sign. The sharp decline in oil prices has also reduced external vulnerabilities and improved India’s external position. In fact, the IMF estimates that the terms of trade benefits are  the highest for India among all G-20 countries in the recent period. 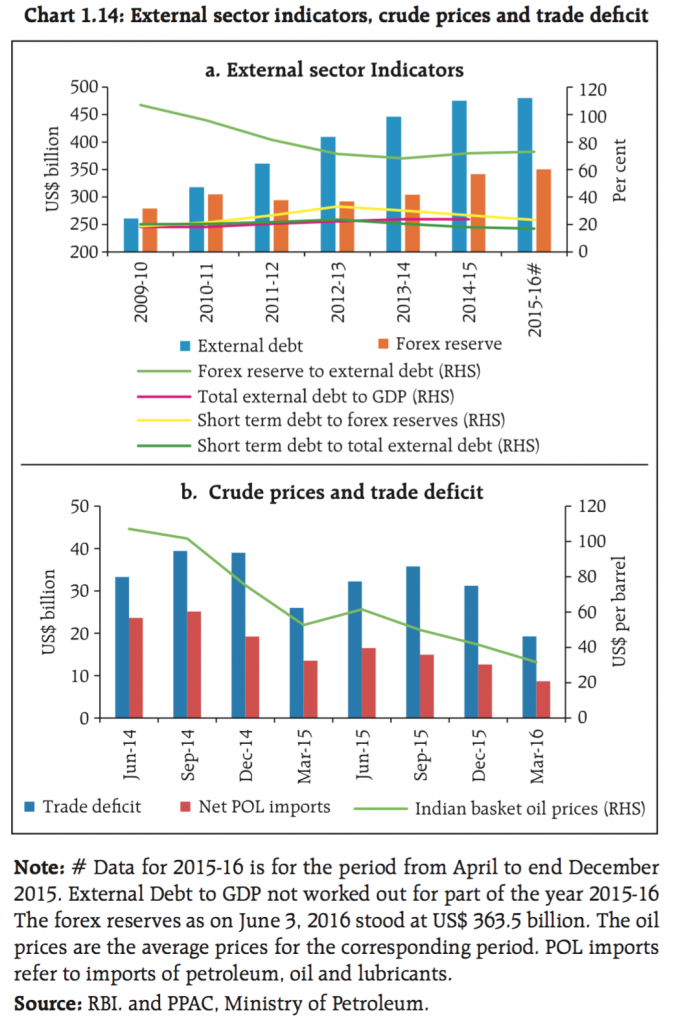 As of now India’s external position looks robust, with forex reserves at historic highs and with the trade deficit at a low.  But there are risks to the current situation. According to the International Energy Agency (IEA), India is the third largest consumer of oil and surpassed China as its main growth market. With oil prices rising significantly over the last few months, there is a risk to the economy’s ability to adjust.

A prolonged slump in crude prices could also have an effect on remittances. Indians working in the Gulf could send less money home as those oil-linked countries start slowing down. Falling private transfers and remittances could make India’s external situation more vulnerable 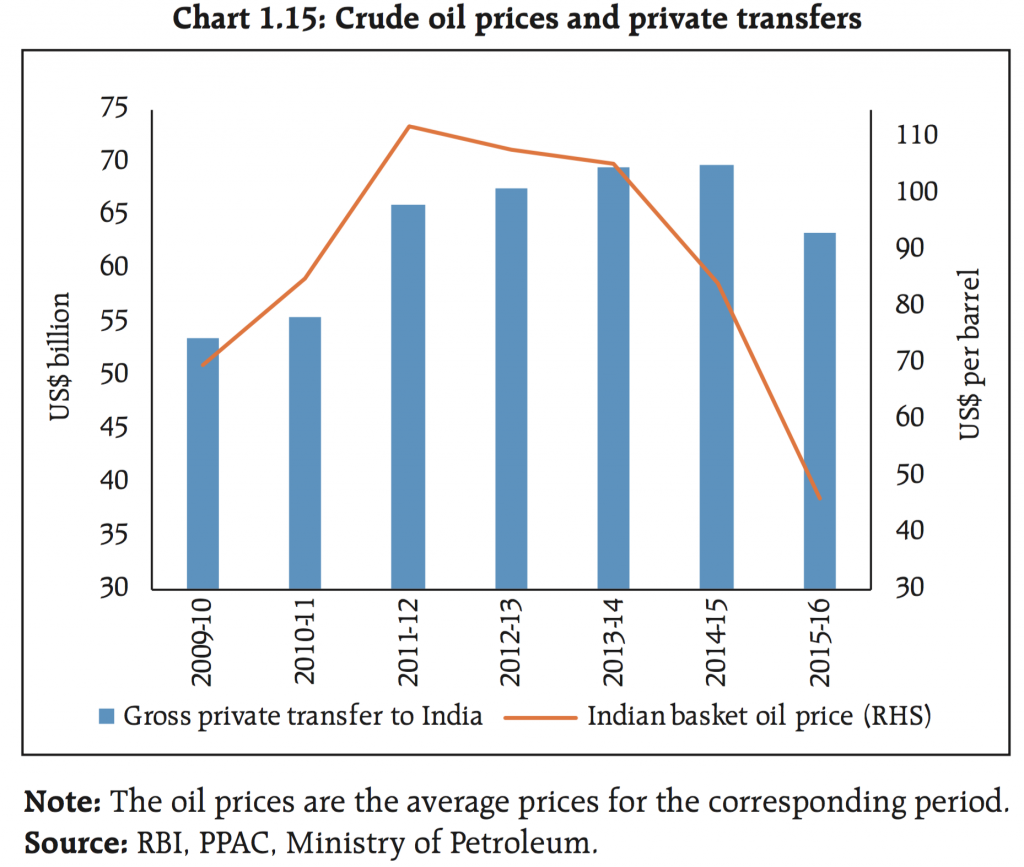 To summarise, India has benefitted immensely from the fall in oil prices. Our external fiscal position has improved considerably and the government has taken positive steps to rationalise fuel subsidies. Unfortunately the government is also implementing the National Food Security Act which has kept our overall subsidy bill high and has limited the governments ability to spend on fixed capital formation which could benefit the country in the long run. There is also a need to be alert to the risks of commodity price cycle reversals and the economy’s preparedness to readjust.