Can India shake its dependence on coal power?

In recent years, there has been a huge push globally towards environmental sustainability, with the focus being on reducing carbon emissions. The advent of new technologies like solar and wind power have enabled countries to bring down their dependence on coal power. India too has started to focus much more on renewable energy, but data from a Brookings India Paper seems to suggest that we will be reliant on “dirty” coal based power for some time to come. 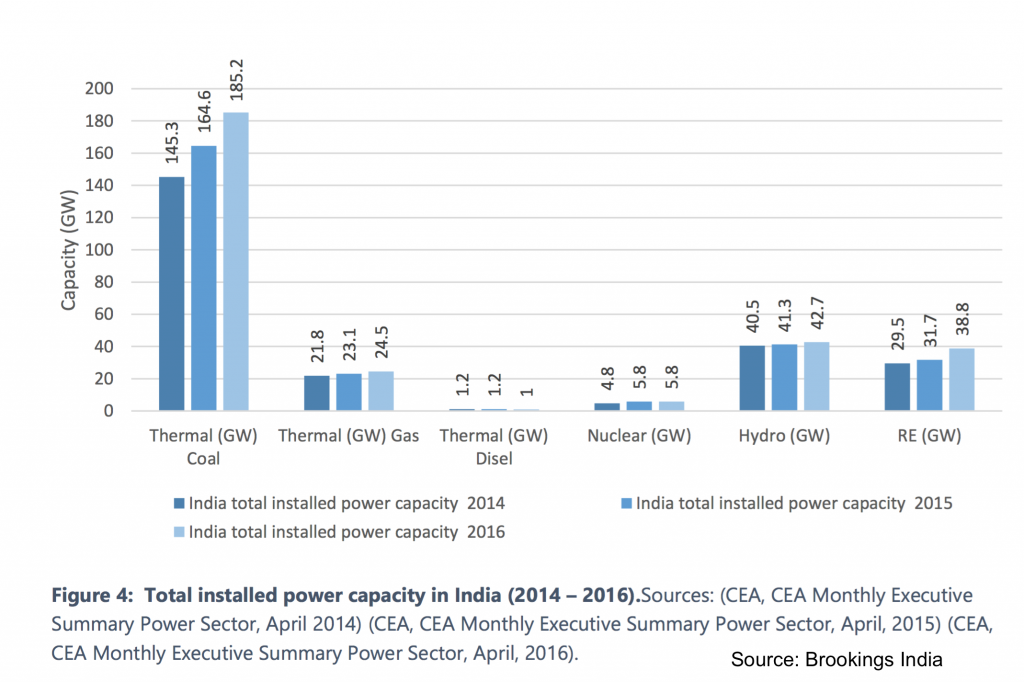 Figure 4 above shows us how dependant we are on coal. Roughly 61 per cent of totalled installed capacity came from coal-based thermal power units. And the maximum capacity addition over the last few years has come from thermal (approximately 20 GW) followed by renewable energy (at roughly 7 GW). 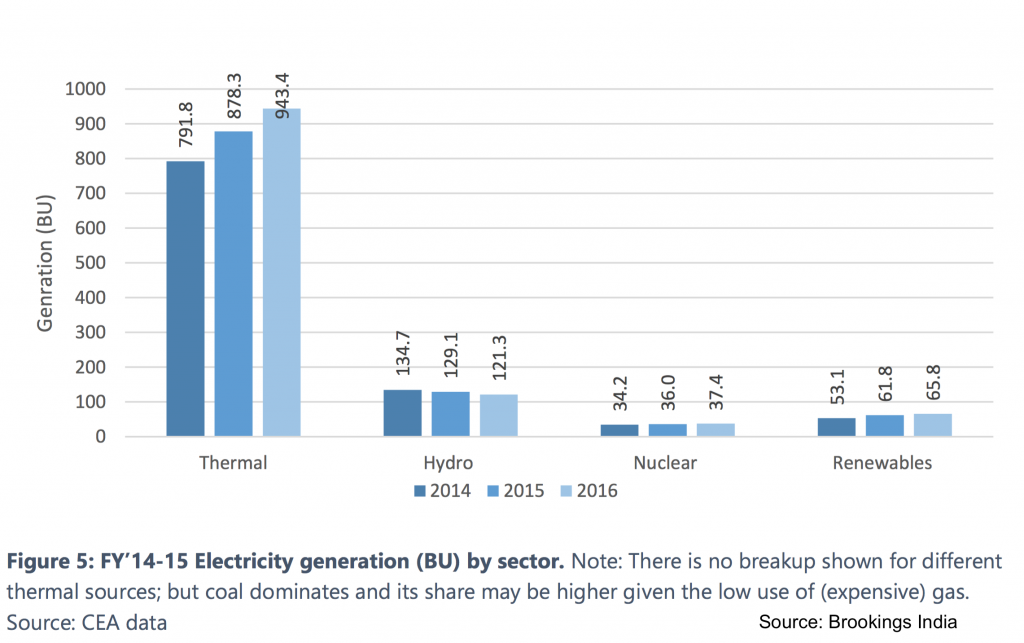 Coal also dominates electricity generation, as can be seen in Figure 5, with its share at 79 per cent. The share of hydro power and renewable energy in electricity generation is much lower. Hydropower suffers from its reliance on the monsoons whereas solar has a low capacity utilisation of 20 per cent and it has an inherent limitation in its ability to generate electricity. India has  power surplus at certain times of the day but faces the challenge of peaking power in the evening. Unfortunately, solar power which is reliant on sunlight cannot help solve this peaking problem. Solar also puts additional burdens on the system such as high ramping requirements in the evening.

What about the future?

The government has ambitious plans to install 175 GW of renewable capacity in India by 2022. This entails a growth rate of roughly 27 per cent per year compared with the current growth rate of about 22 per cent. While this goal is definitely achievable, given the falling cost of solar, the challenge is to not only sustain the growth but also enhance it over the years to come.

Even if this goal is achieved, it will be lower than the current installed thermal capacity. Plus there are over 200 proposed thermal plants, translating into an additional capacity of about 325 GW. Of these, about 147 GW are expected to come up by 2020 which would be a doubling of the thermal capacity in FY 14-15. To meet this capacity expansion, the government has announced ambitious plans to produce 1.5 billion tonnes of coal domestically by 2020, an annual growth of almost 20 per cent!

It seems that we will continue to rely on coal power for some time to come. While solar and other renewable energy will continue to gain importance and scale, they are unlikely to displace thermal power in the next few years.