Are we likely to see a step change in inflation?

Chief Economic Advisor Arvind Subramanian has given a number of recommendations to the government with the aim of incentivising pulse production and ending price volatility. If the government is able to act on these measures, it could lead to food inflation coming down structurally over the medium term.

When we look at consumer price inflation in India, food is the main driver of prices growing at over 8 per cent. Within food, pulses have a big contribution. Pulse prices have been growing in high double digits for a number of years. 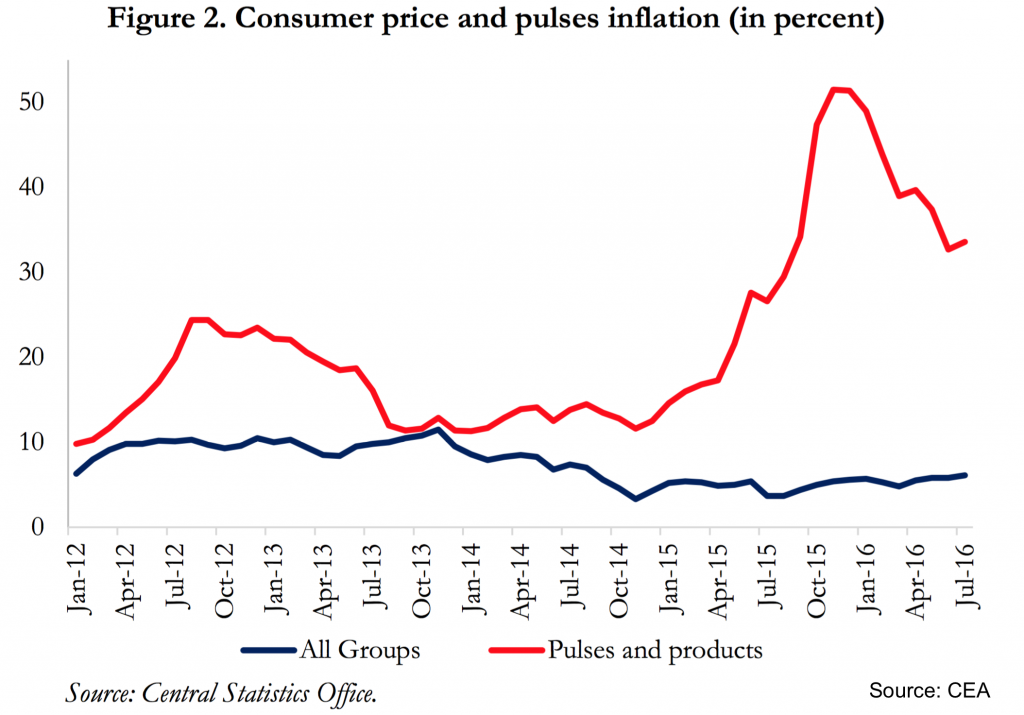 The government has recognised this over the last few years and has increased minimum support prices to incentivise pulse production. This has had an effect on cropping patterns, with an increase of about 34 per cent in area sown under pulses over last year.

What is Arvind Subramanian proposing?

The chief economic advisor (CEA), in a report submitted to the government, has proposed some radical steps to incentivise pulse production and end price volatility while protecting farmers and consumers interest. In addition to increasing minimum support prices (MSP), Subramanian has proposed a new MSP formula, elimination of the export ban and stock limits on pulses, as well as high gear procurement. He also suggested that states should delist pulses from the Agricultural Produce Market Committees and that private participation should be encouraged to procure, stock and dispose of pulses.

If the government implements the recommendations suggested by Subramaniam, it could incentivise more pulse production and help to bring prices down. Creating a buffer stock of over 2 million tonnes would help curb volatility in prices to a large extent.

Won’t an increase in MSP lead to a rise in inflation?

Currently there is a huge demand-supply mismatch in pulses. This has led to a situation where India imports a significant share of the world’s production of pulses. In the case of Tur dal, this is at 30 per cent of total production. 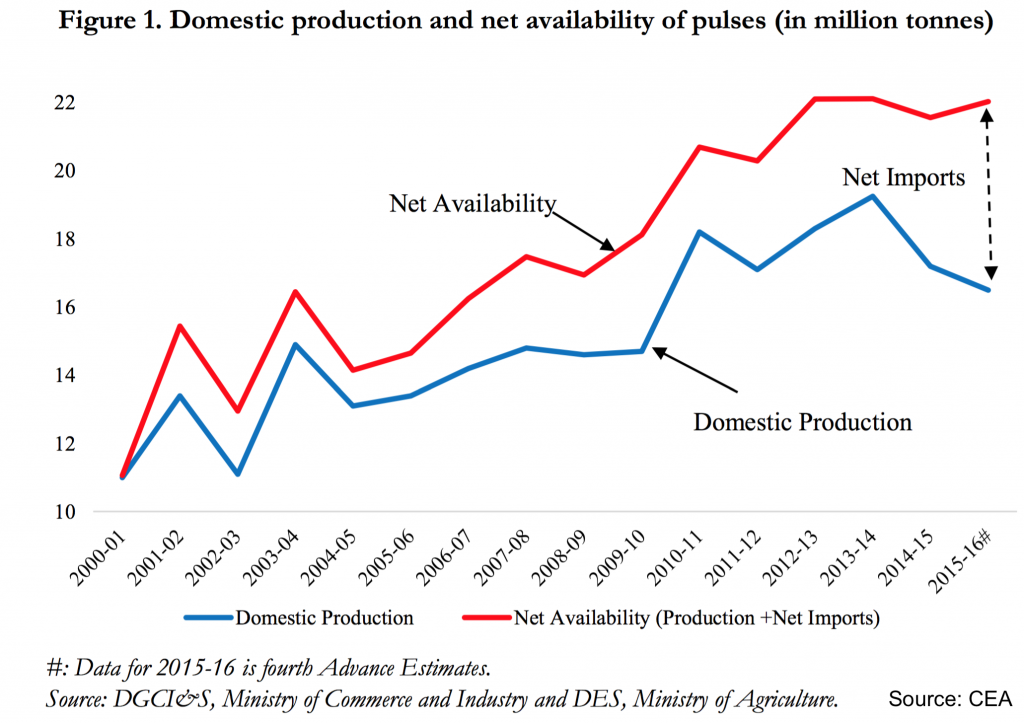 Moreover, the proposed MSP is well below world prices. An increased MSP would not only incentivise increased domestic supply, but also reduce our import of more expensive pulses. This is a win-win situation for both consumers and for farmers.

In the case of pulses, the CEA has envisioned MSP as a price support which would lead to lower volatility in pulse inflation over the medium term. The MSP would give stability to farmers income, ensuring that supply stay constant even if global prices fall. The creation of a buffer stock would help to bring inflation down when prices rise too fast as the government can released stored food.

The rising demand for pulses is a result of one of the major structural trends in the Indian economy. As a country gets richer and per capita income increases, people move from carbohydrate heavy diets to ones which rely more on protein. For Indians, this entails a shift away from roti and rice to more dals, milks and eggs. This shift is likely to accelerate in the years to come. To give an idea of the magnitude of this change, consider that today the average indian consumes about 100 per cent less protein than those in other countries at a similar development level (Source: CEA).

If the government implements the recommendations that the CEA has made in his report, we would likely see inflation come down meaningfully in the medium term. Granted some measures, like delisting of pulses from APMC, will be politically difficult, but even if we are able to raise MSP and create buffer stock, it will go a long way in rectifying the current situation.

1 thought on “Are we likely to see a step change in inflation?”