We take a look at various asset classes in our monthly market summary and find that Indian bond yields have started to move up. We also look at returns of equity, debt, gold, crude oil and the Indian rupee. 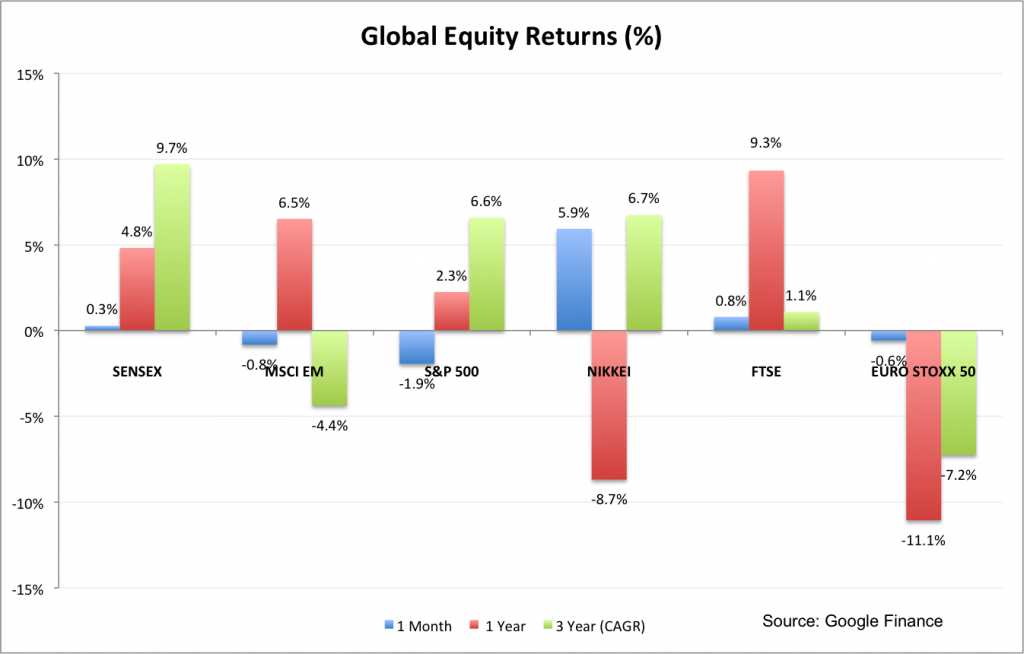 October saw a lot of churn in terms of global equities. The Sensex had flat returns in October after falling 2 per cent in September. The index is still one of the best performing assets on a 3-year basis. The S&P 500 has also given good long term returns inspite of falling by roughly 2 percent last month.

The FTSE and the broader emerging market basket have posted flat returns after many months of positive performance. The European indices continue to show poor returns while the Nikkei posted sharp gains in the last month. 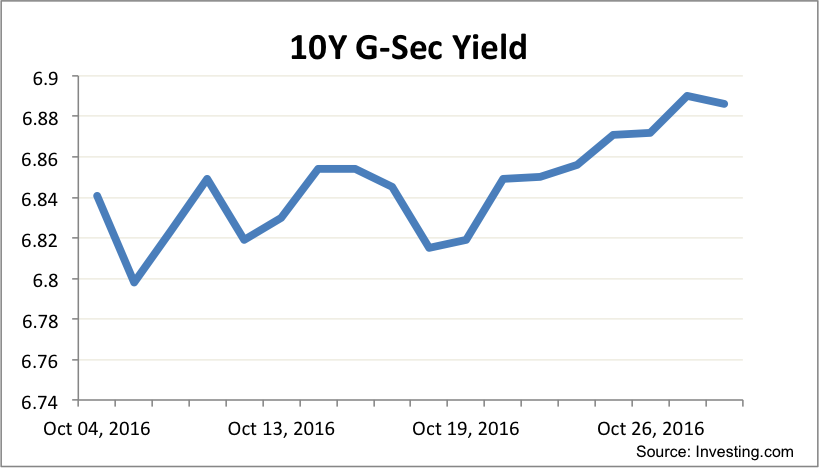 In the beginning of October, we had the new RBI governor and monetary policy committee (MPC) take over from the previous regime. The MPC voted unanimously to cut rates and you would expect that bond yields would fall further as a result of this action. Instead, yields have gradually started moving upwards post the policy. This could be attributed to the change in the RBI’s stance from fighting inflation to one of supporting growth. Rising yields are also a global trend, with US Treasuries also moving higher in the month. 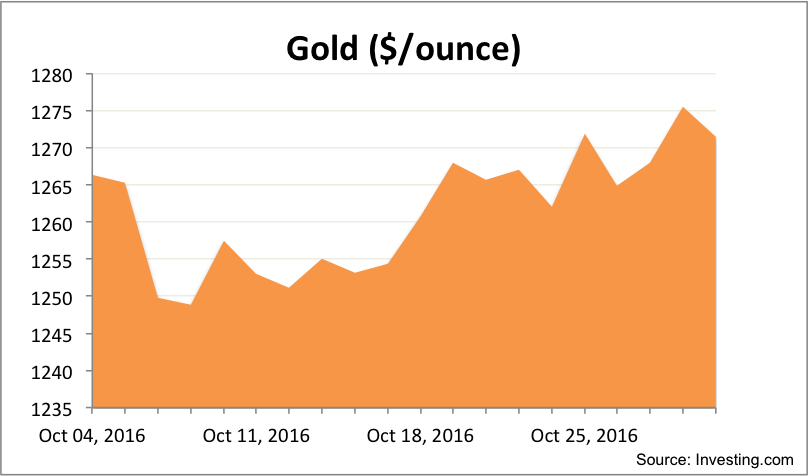 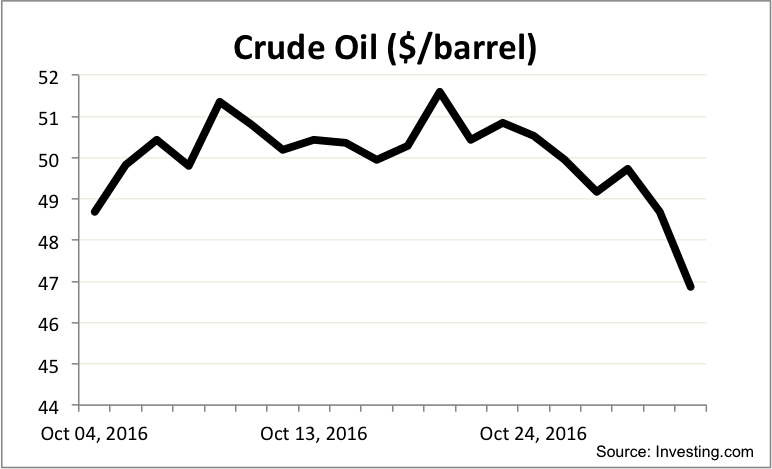 Oil stayed in the range of 50-51 dollars for most of the month of October. But towards the end of the month it has started falling again and continues to be  within the range of 40-50 dollars a barrel. While it is difficult to predict the price trend of these commodities, it is important to keep an eye on them because they form a large portion of India’s import bill. Any strong moves in these commodities could affect our economy’s fiscal stability. 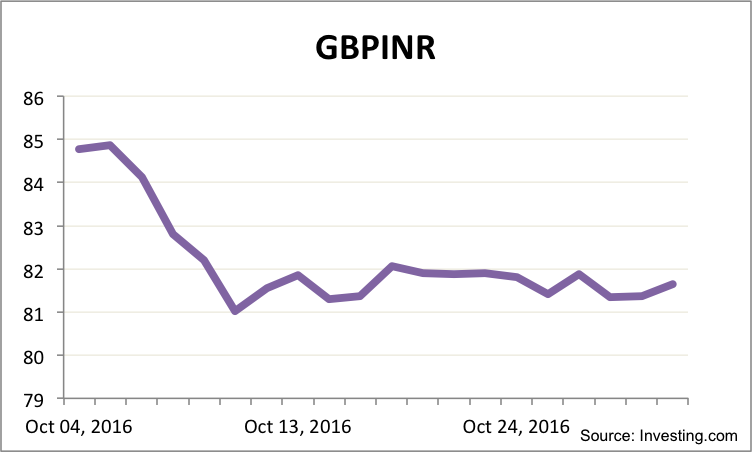 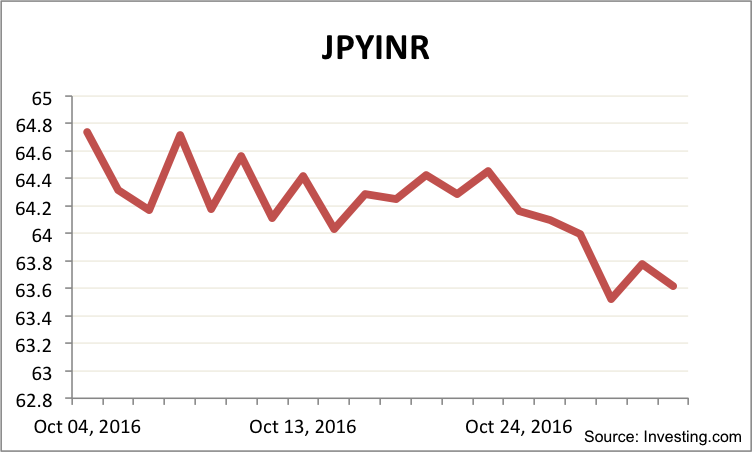 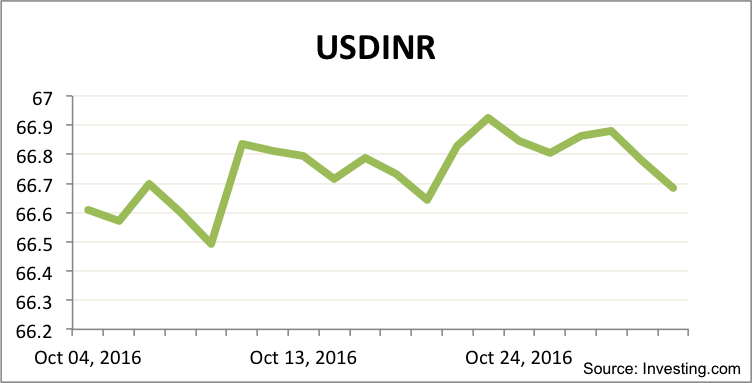 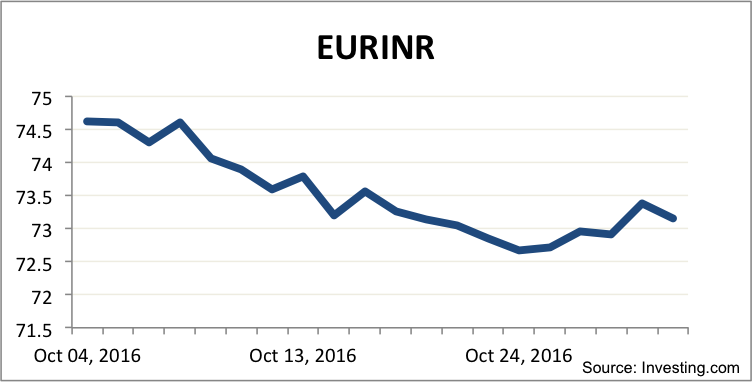 The pound has continued to depreciate in October on concerns of Brexit and a slowing British economy. It seems to have stabilised toward the end of the month, hovering around 81 Rupees to the Pound. The rupee has also been strengthening against the Euro and the Yen while staying roughly stable against the US Dollar.