I had the privilege of attending a session, hosted by IDFC mutual fund, on behavioural bias in our day-to-day thinking. The talk was given by Rolf Dobelli, who is the author of the famous book “The Art of Thinking Clearly“, and in it he outlined a few key systematic errors we make in our decisions. I have summarised a few of them below. 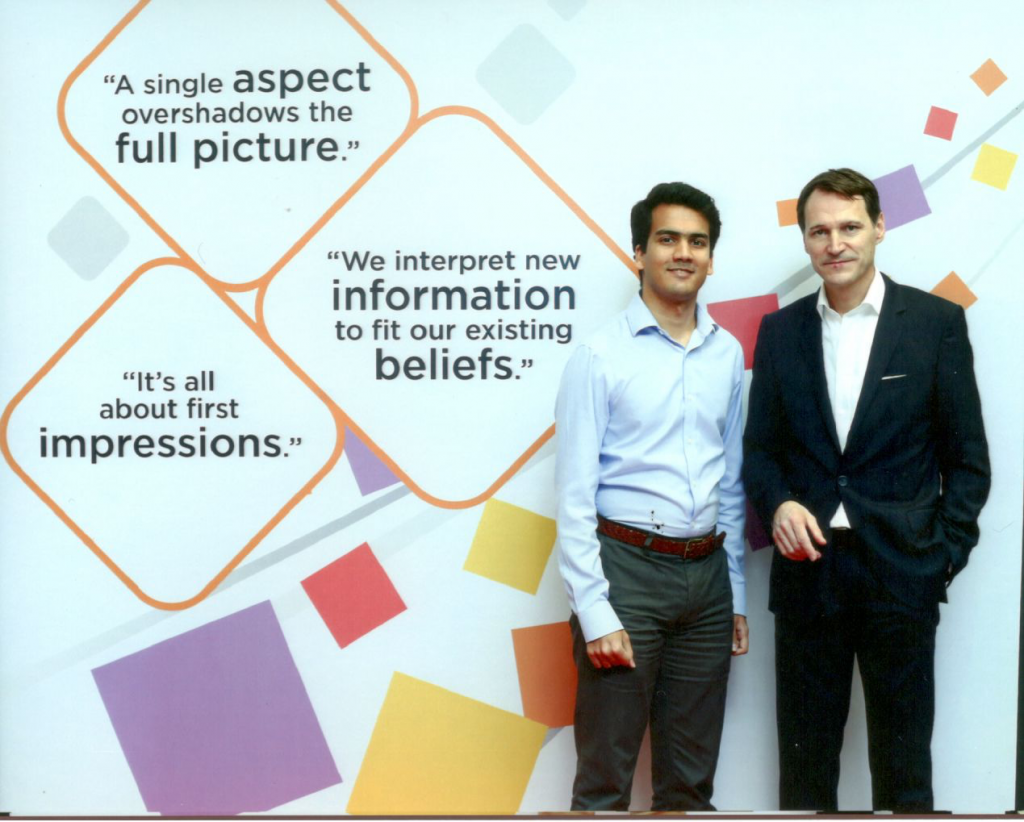 Why do we have these biases?

Rolf theorises that we behave the way we do because our brain is biologically wired in a certain way. The history of human civilisation is very short, maybe about 60,000 years. For a majority of human existence, we have had to live with a hunter-gatherer mindset. This was a key survival technique in the past. However today a lot of these behaviours are no longer relevant. Our brains hardware and software are in need of an upgrade, but evolution takes a long time. These cognitive biases creep up all the time in our day-to-day thinking. But knowing what they are and how to spot them could help us be more aware and correct for them. In his book, Rolf has outlined about 100 such biases, but for the purpose of the talk, he spoke about 10 key ones.

This behavioural bias happens when we tend to overestimate our own skills and underestimate the role of luck. Rolf gave the example of a million monkeys and the stock market.

You take a million monkeys and ask them to predict whether the stock market will go up or down at the end of the week. Logically, roughly 50 per cent will get it right and 50 per cent will get it wrong. At the end of the week, you remove the monkeys that were wrong and repeat the process. If you continue to do this for a number of weeks, you will eventually end up with just one monkey who has been consistently right every week. Even though this process is totally random, if it happened in the real world, the media would go in a frenzy and analyse this one monkey’s “great stock market skills” rather than acknowledge the role of luck and chance in the decision process.

This is an effect in which we systematically overestimate our own knowledge and abilities. If you ask a room full of people how many of them think they are an above average driver compared to the rest of the room, you will find a majority of people will raise their hands. However it is not possible for everyone to be above average. In fact, this effect is far more pronounced in men when compared with women.

This behavioural bias comes about because we tend to neglect probabilities and instead look for stories and anecdotes. He gave the group two examples: He described a man named Venkat who wore glasses and liked Indian classical music. He then asked the audience to predict whether this man was a truck driver or a professor of literature. The audience mostly picked the professor. However if we think about this in probabilities, there are a much larger number of truck drivers compared to professors of literature. The probability of this man being a truck driver is actually far higher than him being a professor.

In this, we tend to behave in a certain way if we see others do it to. Rolf cited the example of laughter tracks in the entertainment industry. Viewers consistently rate shows as funnier when a sitcom has a laughter sound track as compared to the same show without it.

If we give a reason for acting a certain way, people tend to comply or be ok with that action. The reason does not have to even be valid! Rolf gave the example of a study that was done related to copy machines. The study a few people line up in queue to make copies of some material. Then a woman went to the front of the queue and asked if she could cut the line. When there was no reason given, it was likely that she would be asked to go and stand in queue. However, when she gave a reason – even if the reason was that she needed to make copies of her material – it was highly likely that she would be allowed to cut the queue. This is incredible, because the reason everyone was standing in the queue in the first place was to make copies!

This is also called the “IKEA effect”. When we put in a lot of effort, time, sweat and pain in something, we tend to give it a higher subjective value. For example, if you bought two identical pieces of furniture, one which was readymade and one which you had to assemble yourself, you will tend to value the assembled furniture more because of the effort you put in, even though both pieces are identical.

There is a difference between a person who has a deep and real understanding of the subject and a person who has the appearance of knowledge. Charlie Munger is famous for giving the example of Max Planck and his driver to illustrate this effect. Just because someone appears confident when he talks about a subject, does not mean that he knows much about it.

This linked to the above bias and is the tendency of people to talk about a subject even if they don’t know anything about it. Rather than saying that they don’t know, they have the impulse to just say something. We then saw a hilarious example of a this in a USA Teen pageant:

This refers to the fact that immediacy magnetises us. Rolf gave us a cute example of 4-year olds who were given a marshmallow and told that if they could wait, they would be given another one. Amazingly, very few children could wait. Even more amazing was that those children who had the capacity to delay gratification tended to have greater future career success. Patience is a virtue.

The final behavioural bias that Rolf talked about was the sunk cost fallacy. Investors frequently fall victim to this bias. They tend to base their trading decisions on the basis of how much money they have lost from the purchase price. This is irrational because it will have no effect on the future trajectory of the stock price.