We thought we would start the new year by looking back the performance of markets in 2016. We look at long term trends in equities, fixed income and oil. 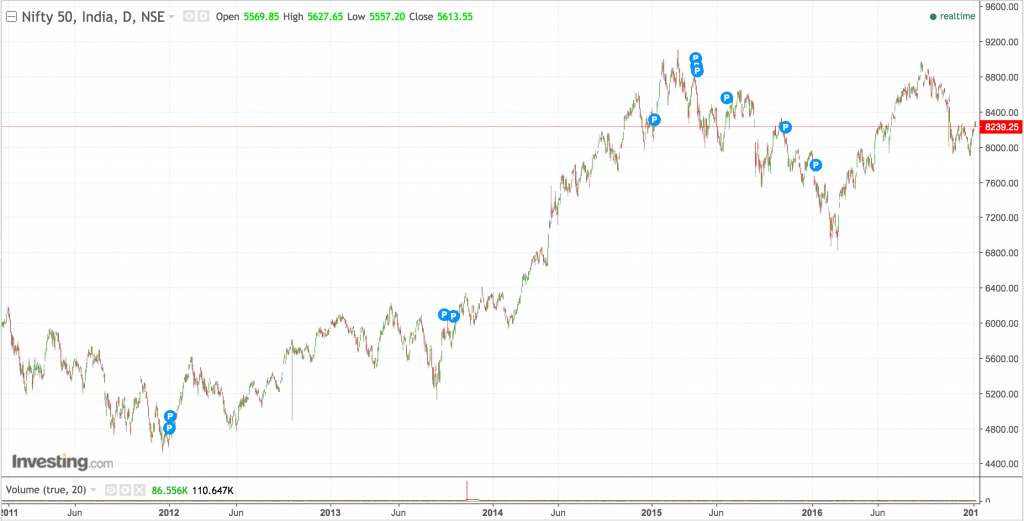 The effect of demonetisation is still unclear on the economy and specifically on the market in 2017. What is known is that the remonetisation process is still incomplete and will therefore be a drag on growth in the short term. GST is also likely to affect growth as corporates will take time to adjust to the new tax regime. Because of this, we will likely see some more pain in the markets over the next few months. However it is also clear that India is now putting in place the building blocks for a strong bull market in the years to come.

Fundamentally, economic growth is driven by three factors: land, labour and capital. Post demonetisation, land prices are likely to correct. Interest rates, and thus the cost of capital, have also been falling over the last few years. And finally, falling inflation and low job growth has put a cap on labour costs as well. With all these three factors in a downward trajectory, we are likely to see a strong rebound in growth over the medium to long term.

Valuations are also now reasonable, as we saw in our latest equity valuations update. In addition, corporates have continued to deleverage over the last few years and we are likely to see rising capacity utilisation and therefore a boost to earnings. All these factors put together a strong case for better equity returns over the medium to long term. 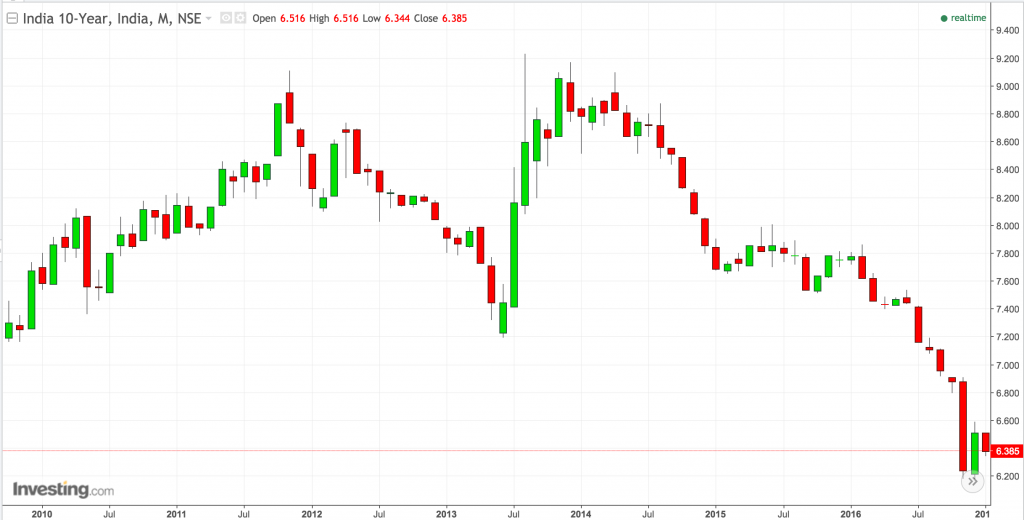 Fixed income has been quite a rewarding asset class for investors since the beginning of 2014. Inflation has eased significantly and is likely to remain benign over the next few years due to a number of factors: the inflation targeting mandate of the MPC, government policies to control food inflation and a generally benign global commodity environment. Further, the RBIs move to a liquidity neutral framework and the shock from demonetisation have also accelerated the trend of falling interest rates.

With the macros continuing to remain supportive, the RBI also may have room to cut rates further and the rally may extend. However it is also the case that the fixed income rally is in its final stages and returns will likely moderate over the next few years. Risks to fixed income include rising crude oil prices, sharper than expected FED rate hikes and FII outflows from Indian markets.

A note on oil prices: 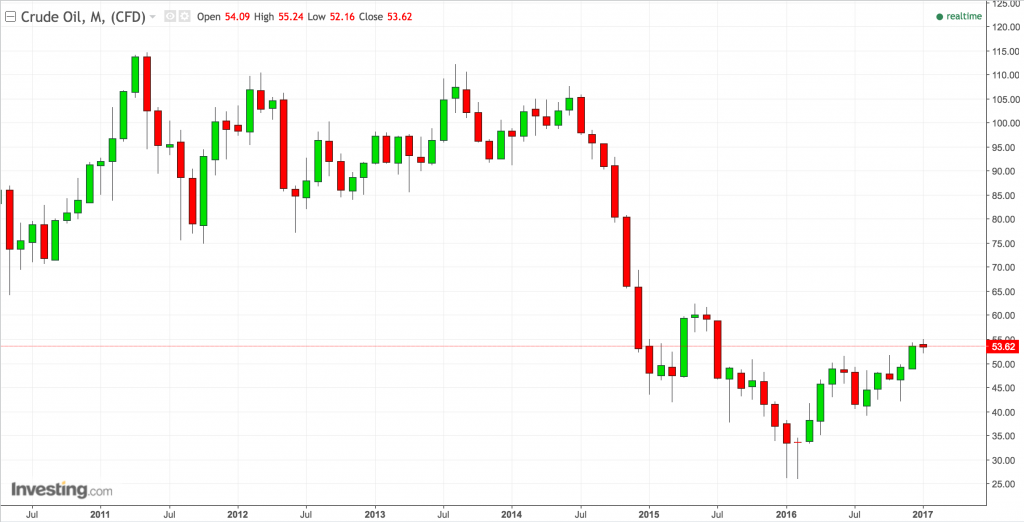 After collapsing to levels near 25 dollars per barrel, oil prices roughly doubled in 2016 and are now near above 50 dollars a barrel. It is important to take note of this rise because oil forms such a large part of our import bill. If oil prices continue to rise, it could affect our trade and fiscal balance and cause inflation to pick up. A number of OPEC and non-OPEC producers agreed to cut production in December and this will likely cause a drop in supply. On the other hand, a large number of shale gas producers start to break even above 53 dollars a barrel and would likely bring more supply to the market in the medium term. If Oil crosses 60 dollars a barrel and goes to levels of 70 dollars, this would be a key risk to Indian financial markets.