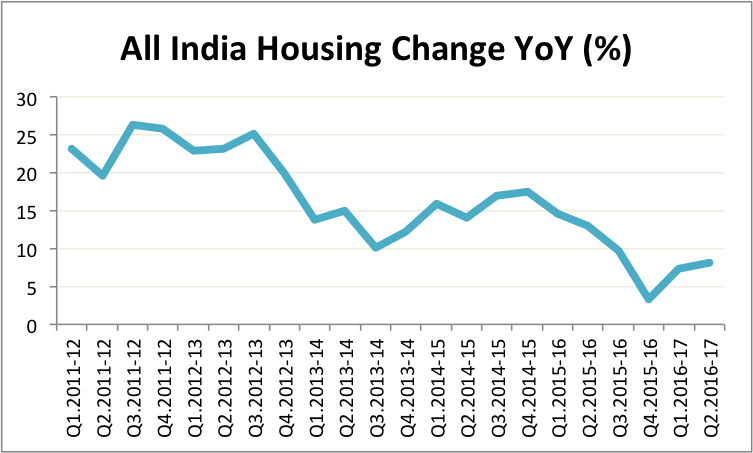 In Q2 2016-17, Indian real estate continued to show the sluggish growth that we have observed in previous quarters. Even though we are far away from the the massive increases of prices that we saw in 2011-2013, according to the RBI data, real estate has still not seen an actual fall in prices. The trend is still positive, although it is increasing at a lower rate.

As explained in previous posts, it must be mentioned that the data does not capture the “black” component of real estate prices and may also be shifted upwards due to the fact that ready reckoner rates in cities have continued to increase. Keeping this in mind, the actual value of price change must be taken with a pinch of salt, but it is useful in showing that the trend in prices is down. 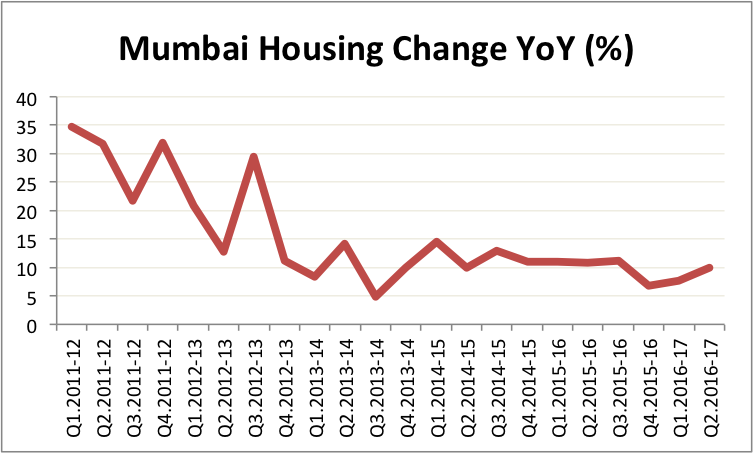 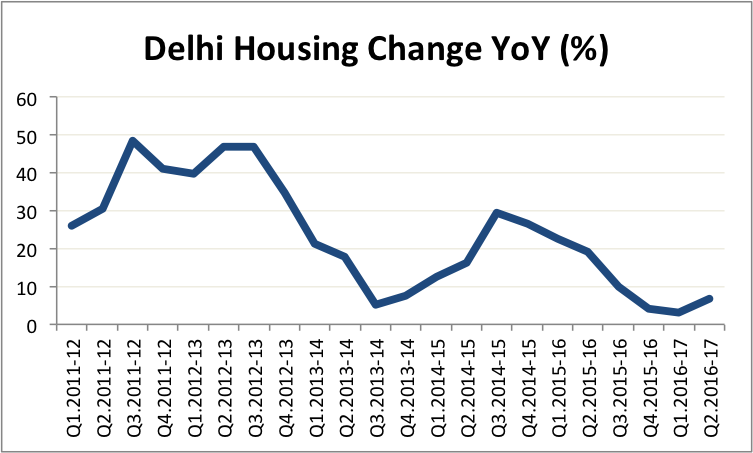 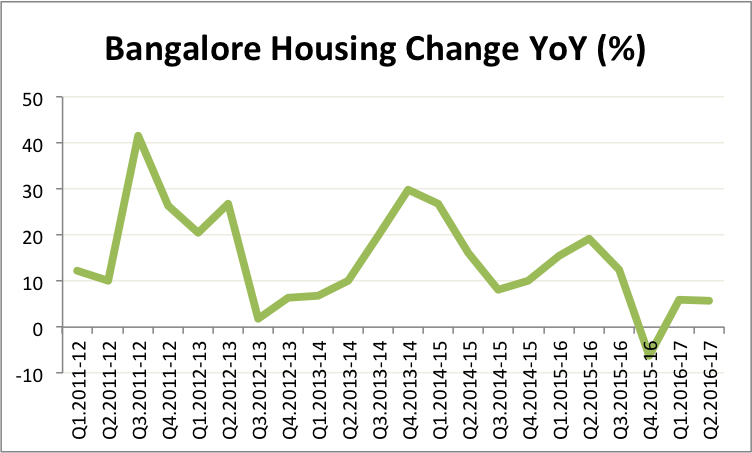 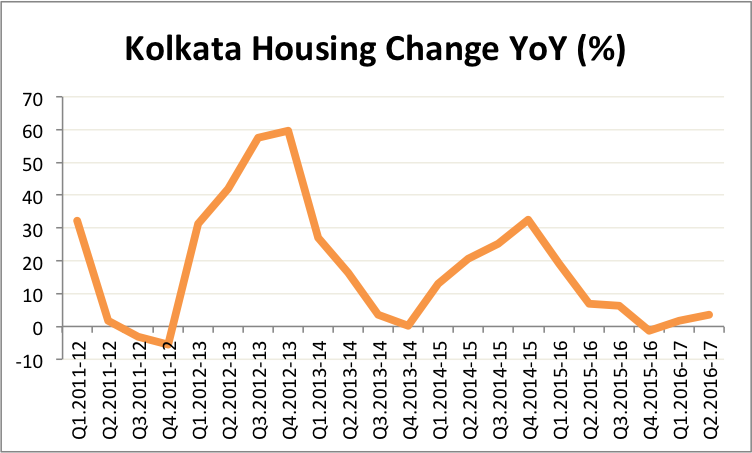 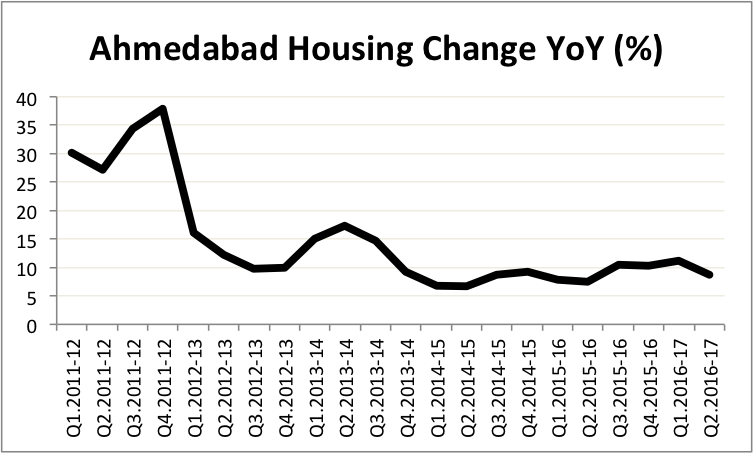 Most major metros showed some stability returning to prices in Q2 2016-17. This is a very healthy sign after almost five years of trending down. While it is unlikely that the real estate market will bounce back very sharply, owing to lack of affordability, it does mean that we are reaching an equilibrium point. A lot of speculative and investment demand has been moving out of the system and the market will start to reflect end user demand going forward. 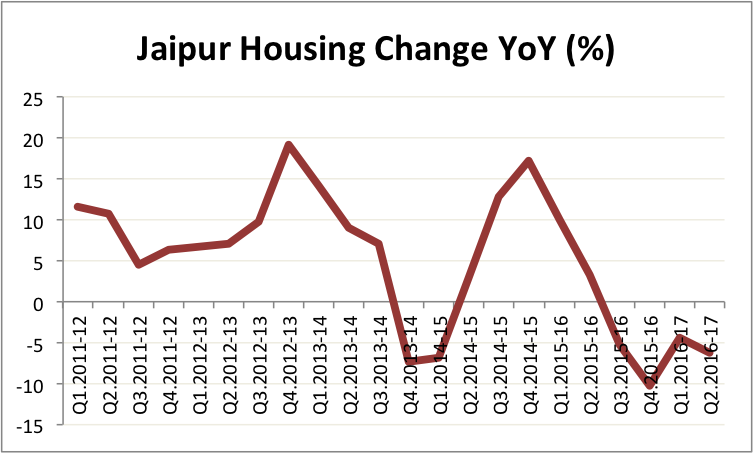 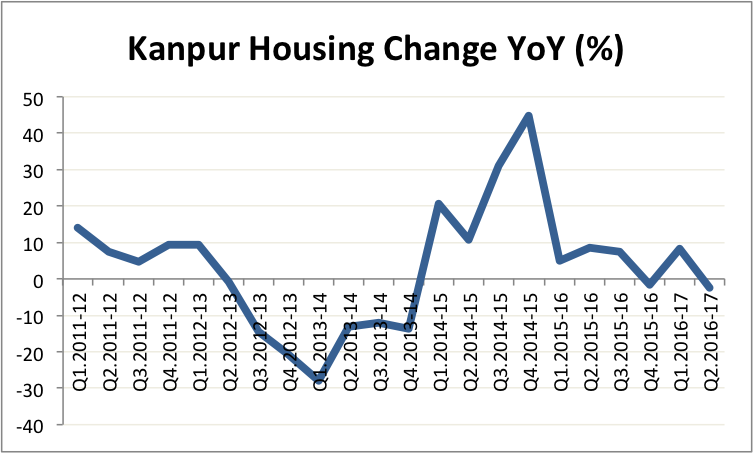 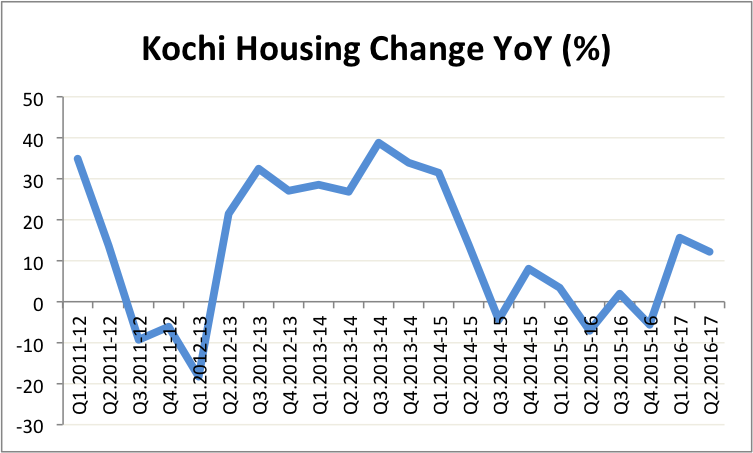 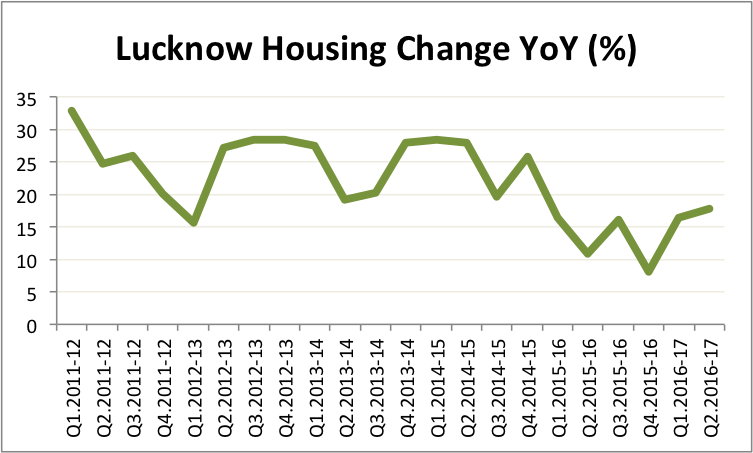 The smaller cities though are still showing correction in prices across the board. Jaipur is particularly acute, showing negative growth for a few quarters now. Kanpur and Kochi have also seen roughly flat growth while the trend in Lucknow is also down over the last few years.

The real estate sector is going through a number of structural changes. After the boom years, the industry has been consolidating for five years now. The government has also introduced a lot of new legislation such as RERA, GST and demonetisation, all with a view to clean up the sector. On the whole this is a very healthy correction and we will likely see a much more formal, transparent and efficient sector in the years to come.