We have changed the indices that we show for global equity returns. Earlier we showed the returns of the Sensex, S&P500, MSCI Emerging Markets, the Nikkei, the FTSE and EURO STOXX 50 to try to show global equity returns. We believe it is simpler and more representative to show returns for the Sensex for the Indian markets, MSCI EM for emerging markets and the combination of S&P500 and MSCI EAFE to represent developed market returns.

The Indian G-sec has moved up sharply in the last month. This was not a small move, yields rallied by almost 50 basis points in the last month! A more hawkish tone by the MPC and the RBI and the likelihood of more FED rate hikes this year probably led to this rise in yields. It may also be the case that the remonetisation of currency is draining some liquidity out of the banks leading to a rise in rates. 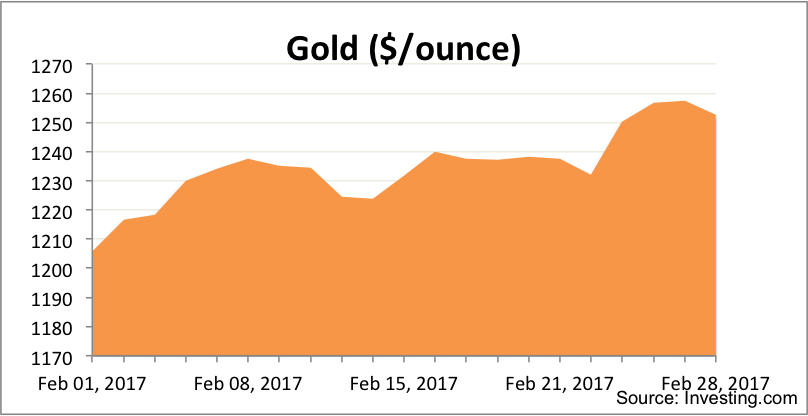 Gold continues to trade in the 1200-1400 dollars per ounce range. A strong move of gold outside of this range would give a better indication of its long term trend. 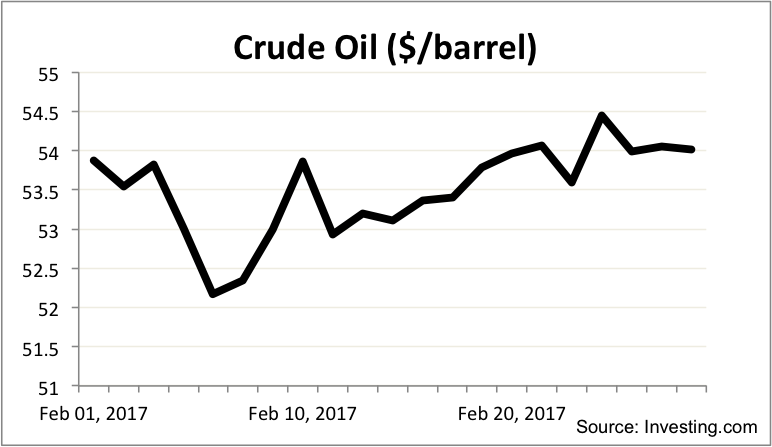 After collapsing to levels near 25 dollars per barrel, oil prices roughly doubled in 2016 and are now above 50 dollars a barrel. It traded roughly in the 50-55 dollars per barrel range in the last month. It is important to take note of this because oil forms such a large part of our import bill. If oil prices continue to rise, it could affect our trade and fiscal balance and cause inflation to pick up. 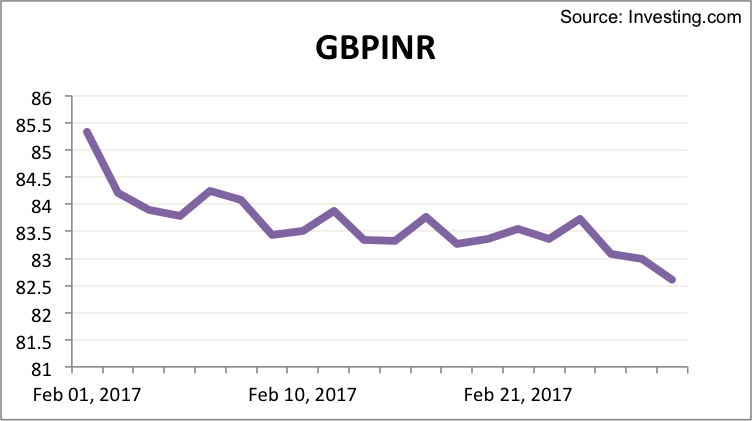 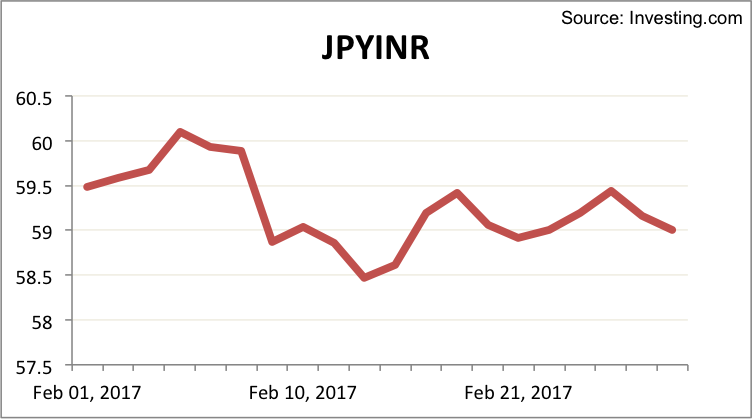 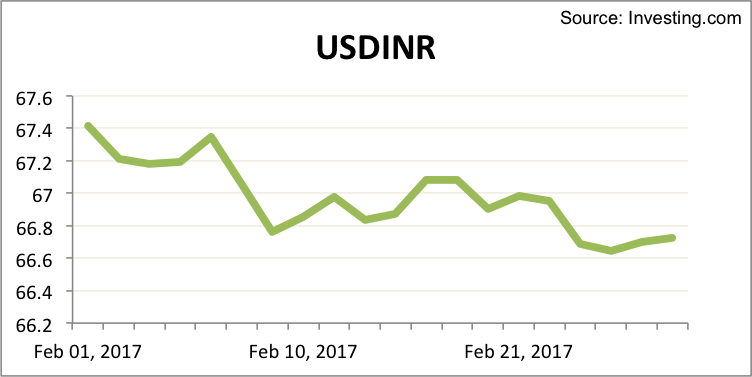 In February, the Rupee has appreciated strongly against all other currencies. As opposed to January, when the currency was mirroring global currency pairs, last month saw the Rupee move in one direction against most of the major currencies.