Who will benefit the most from GST?

The Goods and Service tax (GST) is now in the final stages of being passed and is waiting for presidential assent to be made into law. This is a big reform for the economy and will usher in a structural shift in the way business is conducted in India.

We take a look at a great thematic report from Motilal Oswal that outlines the impact of GST on our economy and identifies that this reform will give a big advantage to organised players over their unorganised counterparts.

The GST is a complete overhaul of the indirect tax regime of India. Once implemented, it will simplify and rationalise our tax system. Today each state has its own indirect tax law, and these laws vary from state to state. In the new regime, there would be one uniform indirect tax code across the country. The real value of GST would be to change a system plagued with a plethora of discretionary, ad-hoc taxes and it move toward a ruled-based, transparent and stable tax regime.  Because the GST is modelled on the lines of a value added tax, it forces players to comply with tax laws and brings more businesses into the tax net. The way input tax credit is structured also ensures that every participant in the supply chain is incentivised to deal only with players who have a valid tax identification number.

Today a number of players in the informal economy are only able to compete with the larger and more organised sector players because they are able to take advantage of tax and regulatory arbitrage. This is why the GST, with better tax administration and compliance, will force a shift of trade from the unorganised to the organised sector.

The Motilal Oswal report identifies a few sectors that could change dramatically because the GST could cause a shift from the informal to the formal economy. 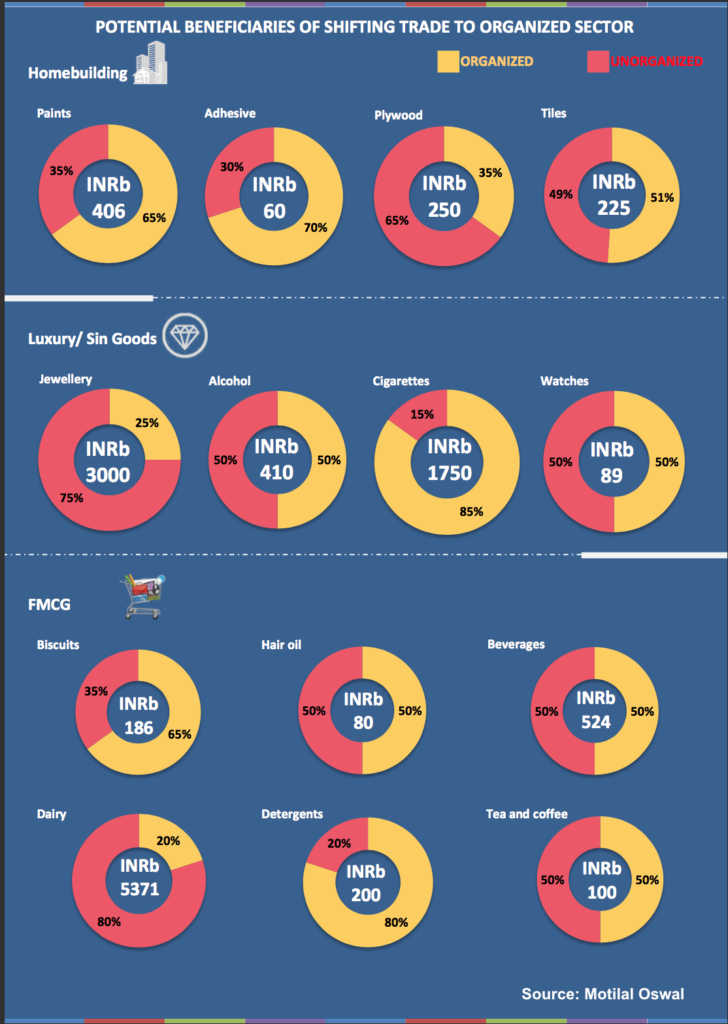 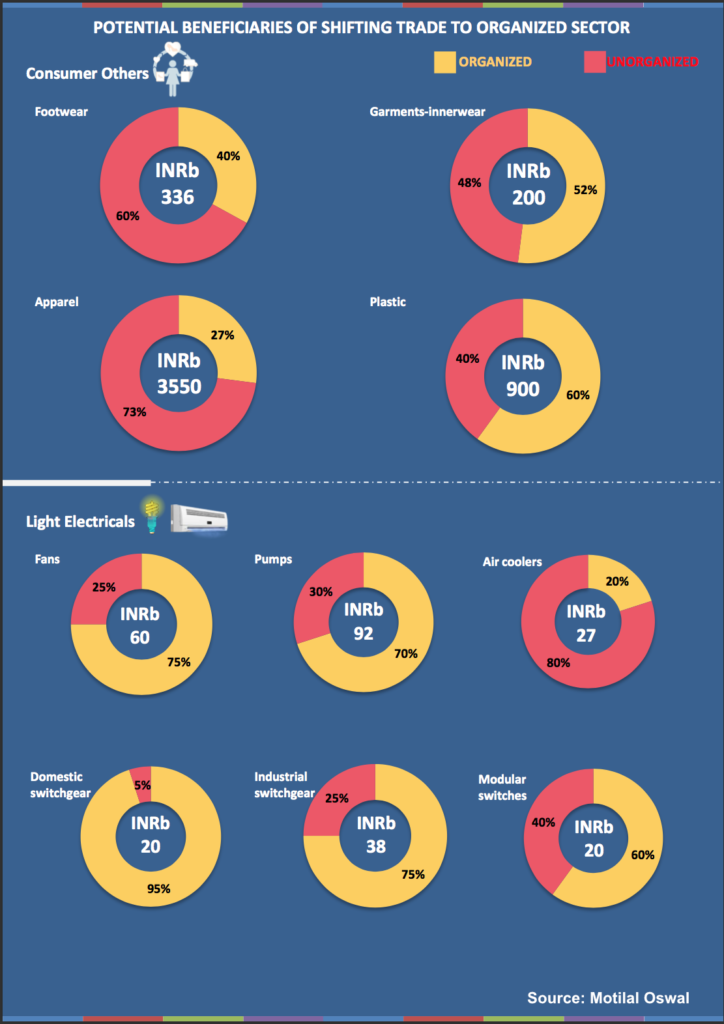 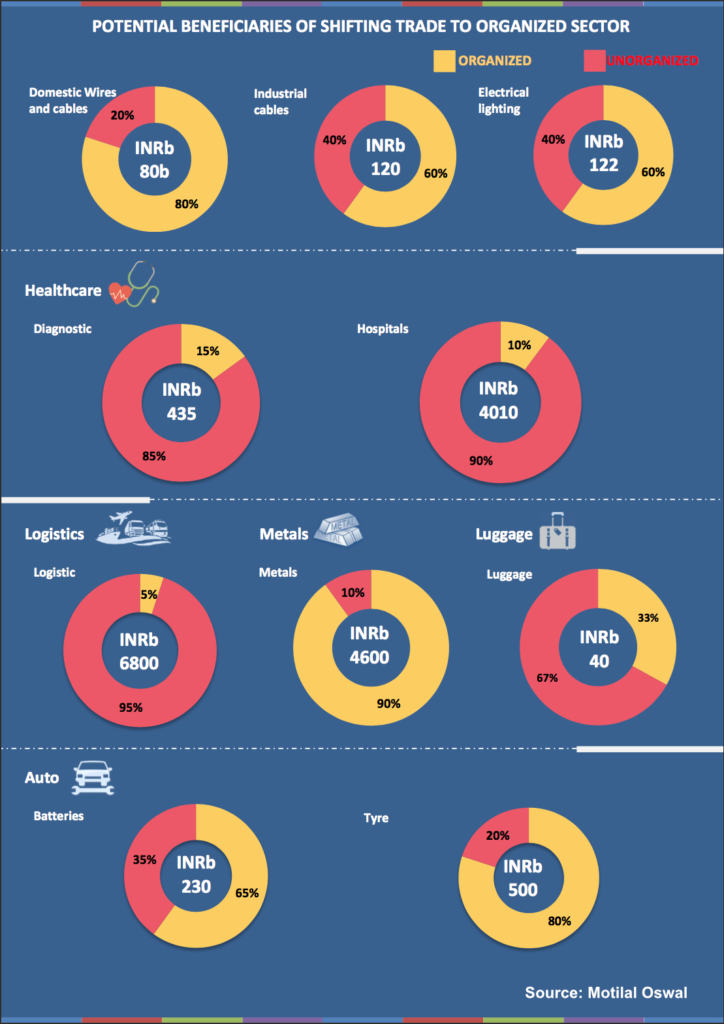 Do check out the entire report which is full of great facts and figures related to changes that the GST will bring in and how the formal economy is best placed to take advantage of it.