The BIS’s  87th Annual Report is out and as always is full of interesting information on the Global economy. We came across a few great charts that show how the global low interest rate regime post the financial crises has had knock on effects on markets. 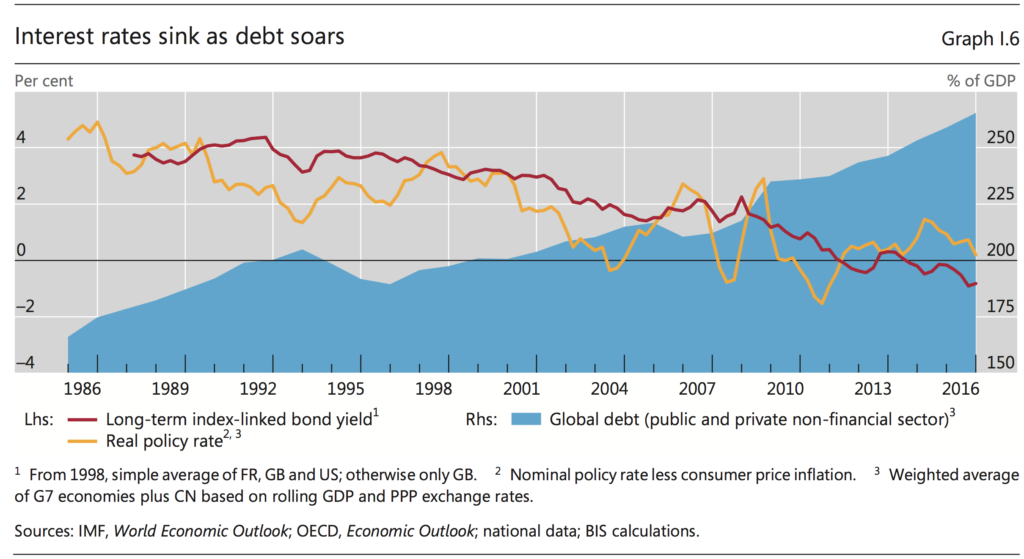 Aggressive monetary policy over the years has led to debt levels across countries rising. What is even more concerning is the issue of the global economy’s sensitivity to higher interest rates given the continued accumulation of debt in relation to GDP. Moreover, recently we have seen a reversal of the trend towards lower yields that has been in place since late 2014. Rising inflation in the US has led to rate hikes by the Federal Reserve and similarly, German bund yields are up from their previous lows. According the the report:

“From this perspective, there are some uncomfortable signs: monetary policy has been hitting its limits; fiscal positions in a number of economies look unsustainable, especially if one considers the burden of ageing populations; and global debt-to- GDP ratios have kept rising.” 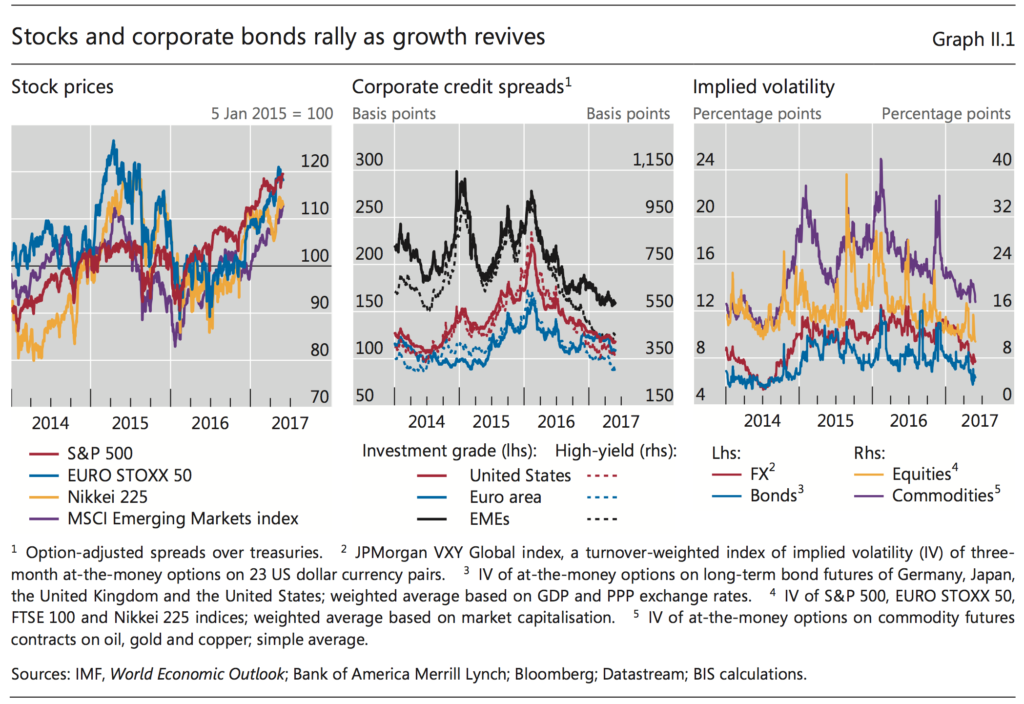 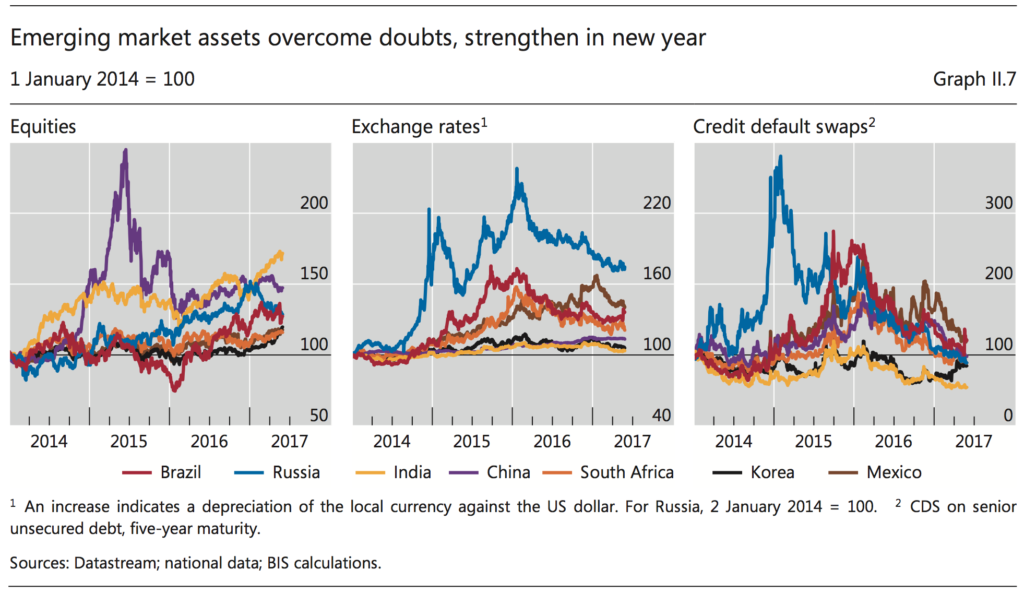 Particularly note the collapse in credit default swaps for India. The global markets are putting a huge premium on our country.

3. Yields for Insurance and Pension funds are declining 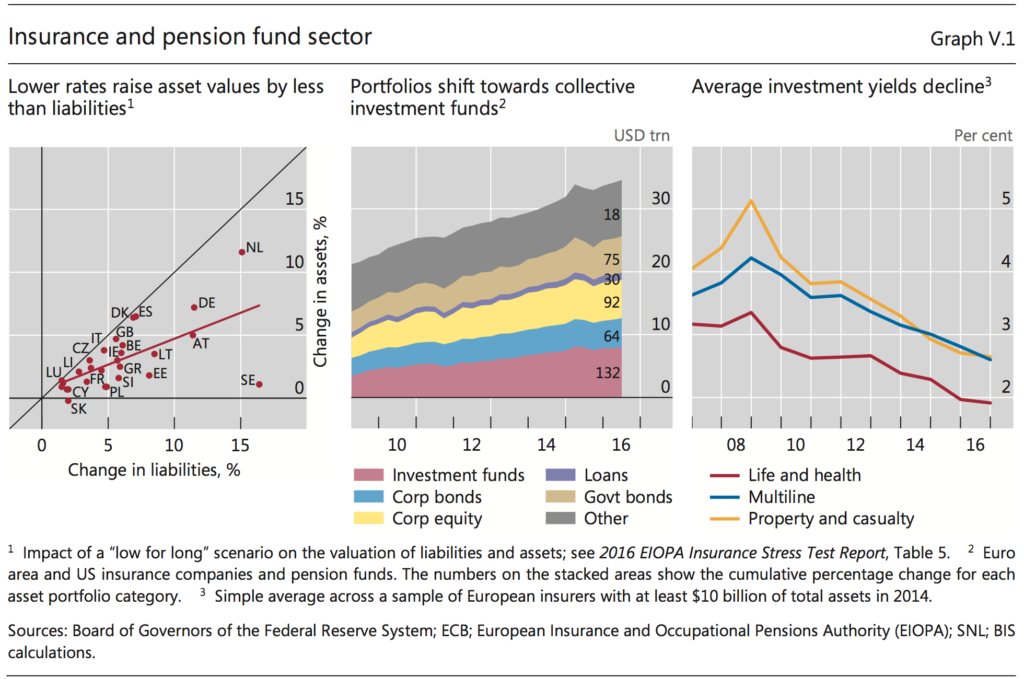 Declining interest rates inflate the value of both assets and liabilities. This has meant that in order to try and meet their obligations, pensions funds and insurance sector funds have increasingly started to “reach for yield” in the form of riskier assets, such as collective investment vehicles.

4. Globalisation has been in check 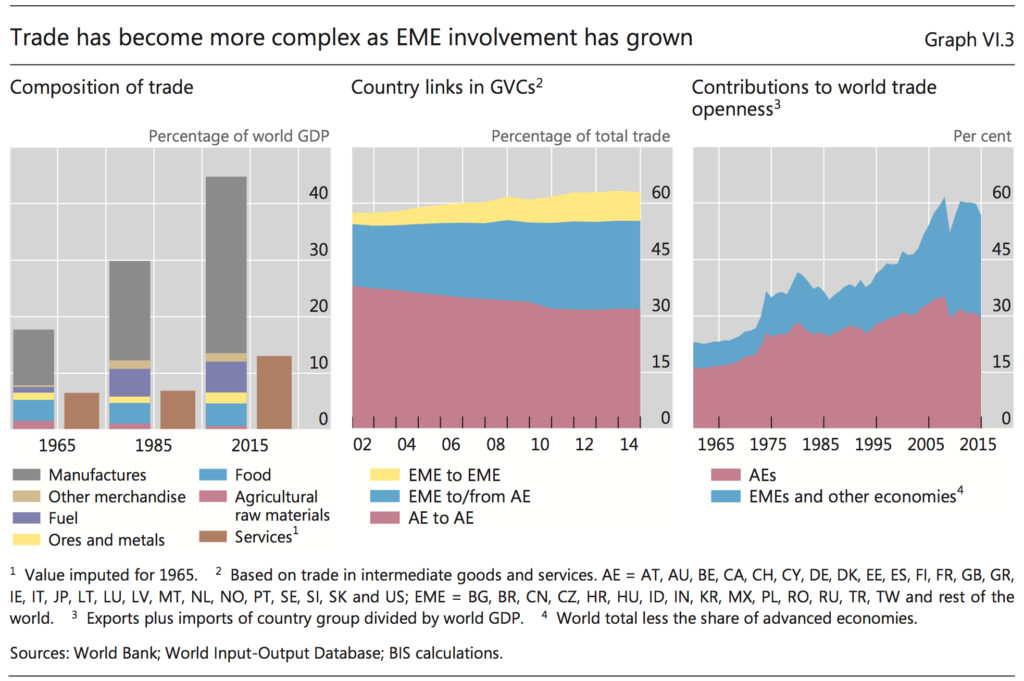 As per the report:

“The rise in globalisation has been in check since the Great Financial Crisis (GFC) of 2007–09. International trade collapsed during the GFC and, despite a rapid rebound, has remained relatively weak (Graph VI.3, right-hand panel). In real terms, global trade has barely grown in line with global GDP. This is striking given that trade has consistently outpaced GDP since the mid-1800s, with the exception of the interwar years. In nominal terms, trade appears even weaker, failing to keep up with GDP growth owing to the fall in the relative prices of traded goods and services, particularly commodities. The GFC also brought to a halt the rapid rise in standard BoP-based measures of nancial openness. The global stock of external assets and liabilities in 2015 was little changed from its 2007 peak of just over 400% of global GDP, in sharp contrast to the nearly 190 percentage point rise between 2000 and 2007