Equities continue to outperform across the globe. Whilst the major indices were flat over the month of June, they continue to show strong outperformance over the medium term. As can be seen in the chart above, all the indices have given double digit returns in the last year. Both the Sensex as well S&P 500 also continue to outperform their peers on a long term basis. While these returns are great, it is difficult to tell how much longer this rally will continue, given the expensive valuations of Indian stocks as well as for the US stock market.

The 10 year G-sec yield has been steadily loving lower from almost 7 per cent in April to roughly 6.5 per cent at the end of June. Even though real interest rates in the economy are at an all time high, we would have to keep an eye on inflation which could rise over the next few months given the implementation of GST and also given the base effect which would cause food prices to move higher.

Gold continues to trade in the 1200-1400 dollars per ounce range. A strong move of gold outside of this range would give a better indication of its long term trend. 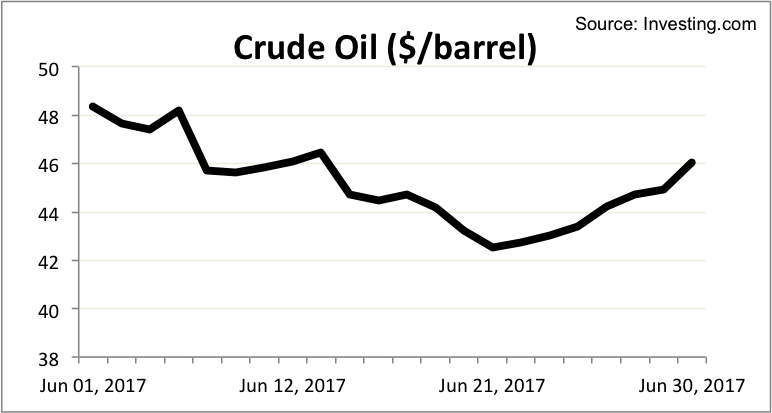 Oil has traded roughly in the 50-55 dollars per barrel range since the beginning of the year. The commodity fell below 50 in April, and has stayed around that level since then. Oil would need to fall much further for there to be a significant change in trend. Because of our large dependance on oil imports, it is hugely beneficial if oil continues to remain in this range or even corrects to lower levels. 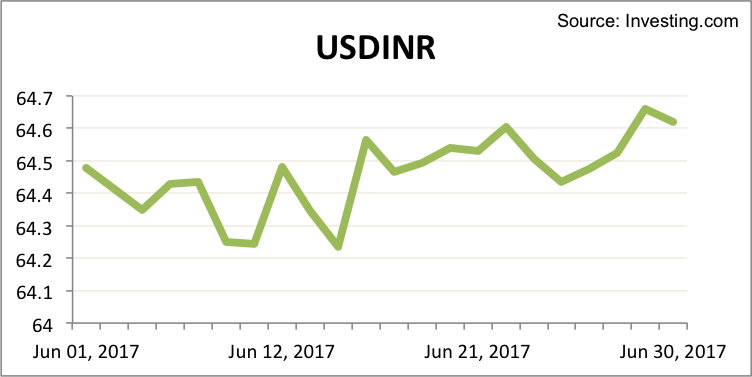 The Rupee has been roughly stable in the month of June, with a slight depreciating bias against most major currencies. The exception here is the yen, where the currency had a mild appreciating bias.