This first post is full of charts that take a step back and view the bigger macro themes playing out in the Indian Economy over the last few years.

1. The fall of core inflation 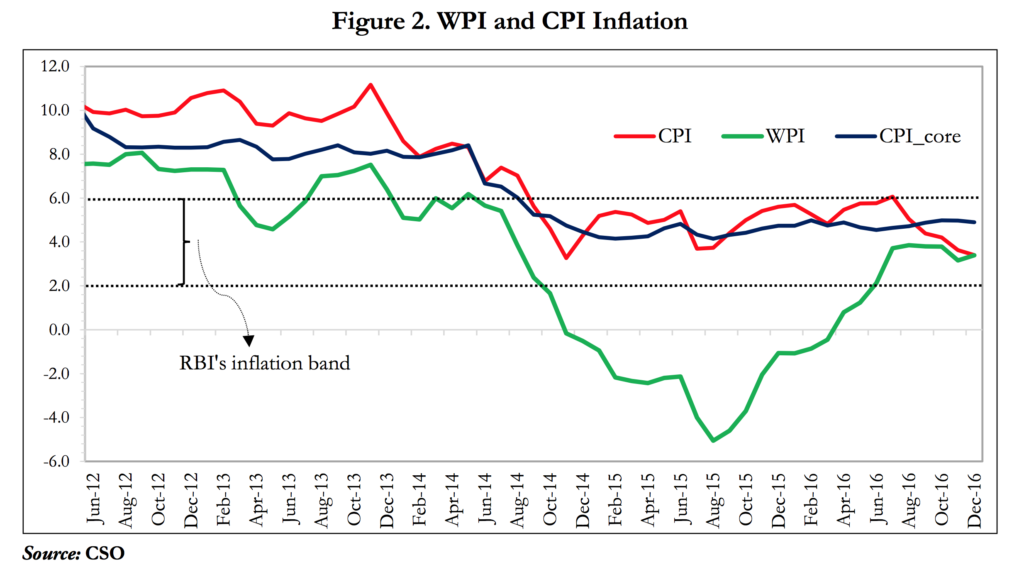 If we take a step back, core inflation has been in a structural decline over the last five years. While core inflation is still refusing to fall below 4 per cent, it is well within the comfort range of the MPCs target range and that is a big positive. 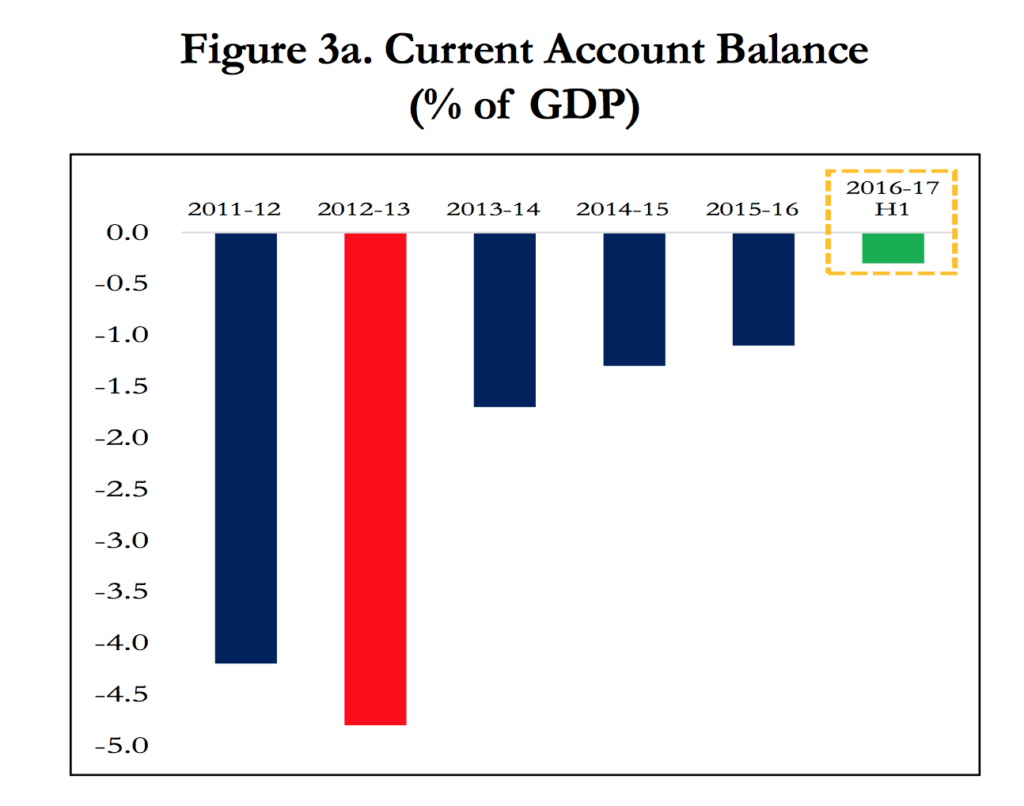 Similarly, falling oil prices combined with a government that has shown resolve in trimming wasteful subsidies and leakages has meant that the macro environment has shown tremendous improvement. The current account has substantially improved over the last five years.

However a slowing global economy is having knock-on effects to private remittances to India:

Net private remittances declined by USD 4.5 bn in the first half of 2016- 17 compared to the same period of 2015-16, weighed down by the lagged effects of the oil price decline, which affected in flows from the Gulf region

4. Improving Fiscal Deficit at the centre but increasing deficits at the states

While the central fiscal deficit is showing encouraging trends, things are a bit more troubling at the state level. According to the report:

5. The switch in petrol from subsidised to highly taxed

According to the survey, the increase in petrol tax has been over 150 per cent in India! This is justified on the basis of climate change, but I am guessing it has more to do with fiscal arithmetic.

More charts next week in Part 2!