This is the second post out of three that cover charts and tables from Volume 1. Subsequently we will do posts on Volume 2. 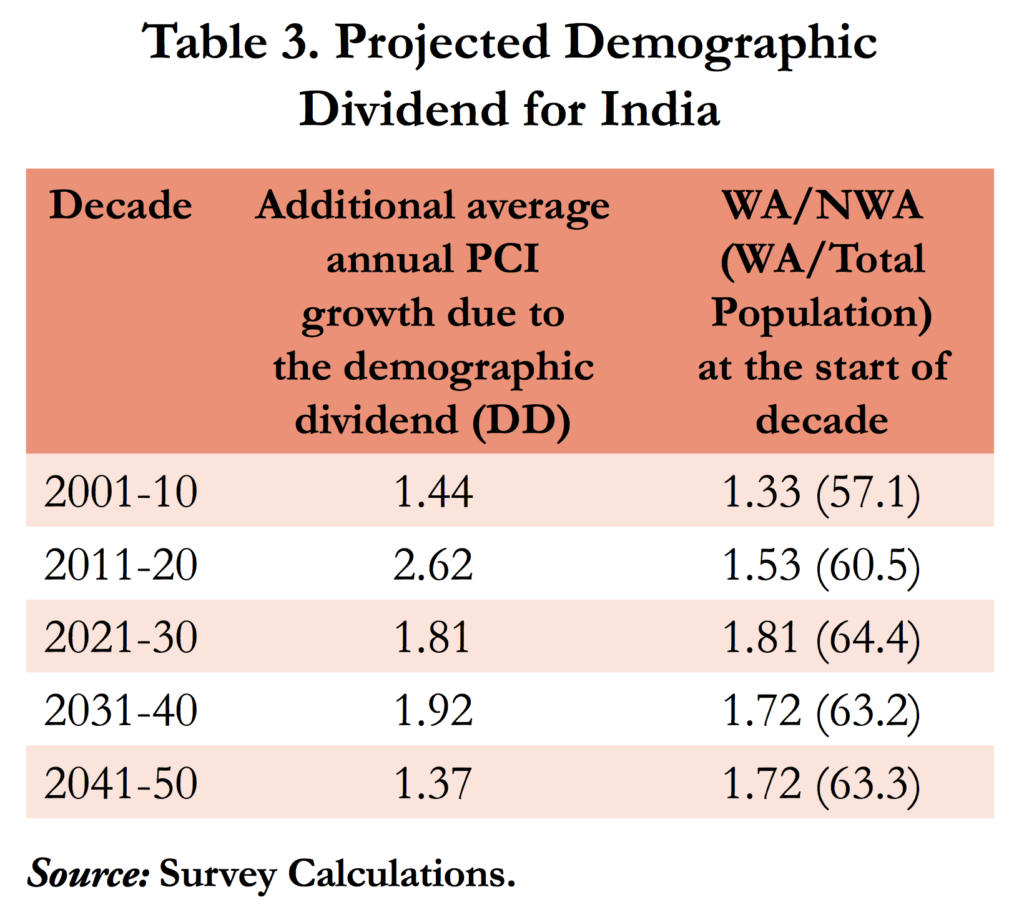 India is one of the few countries globally that has structurally positive demographics. While most countries are facing the challenge of ageing populations, we have what is called a “demographic dividend”. From the report: 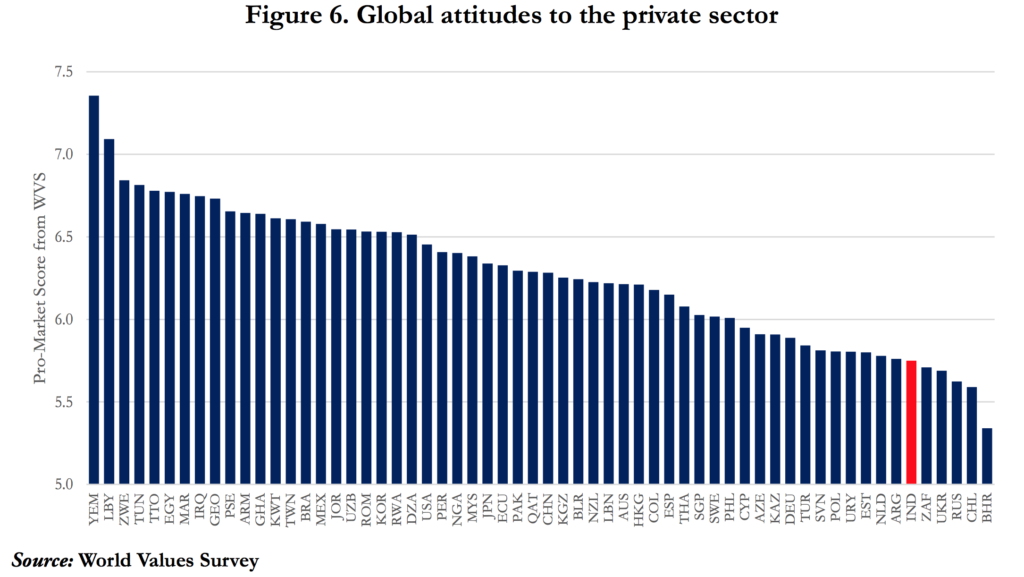 “All states, all societies have some ambivalence toward the private sector. After all, the basic objective of private enterprises – maximizing profits – does not always coincide with broader social concerns, such as the public’s sense of fairness. But the ambivalence in India seems greater than elsewhere. Figure 6 ranks countries on the attitude of the people toward the private sector in a select group of countries. It appears that that India has distinctly anti- market beliefs relative to others even compared to peers with similarly low initial GDP per capita levels. “

The Survey goes on to give examples of this by citing cases of privatizing public sector enterprises like Air India and legacy policy distortions particularly in the fertilizer and agriculture sectors. 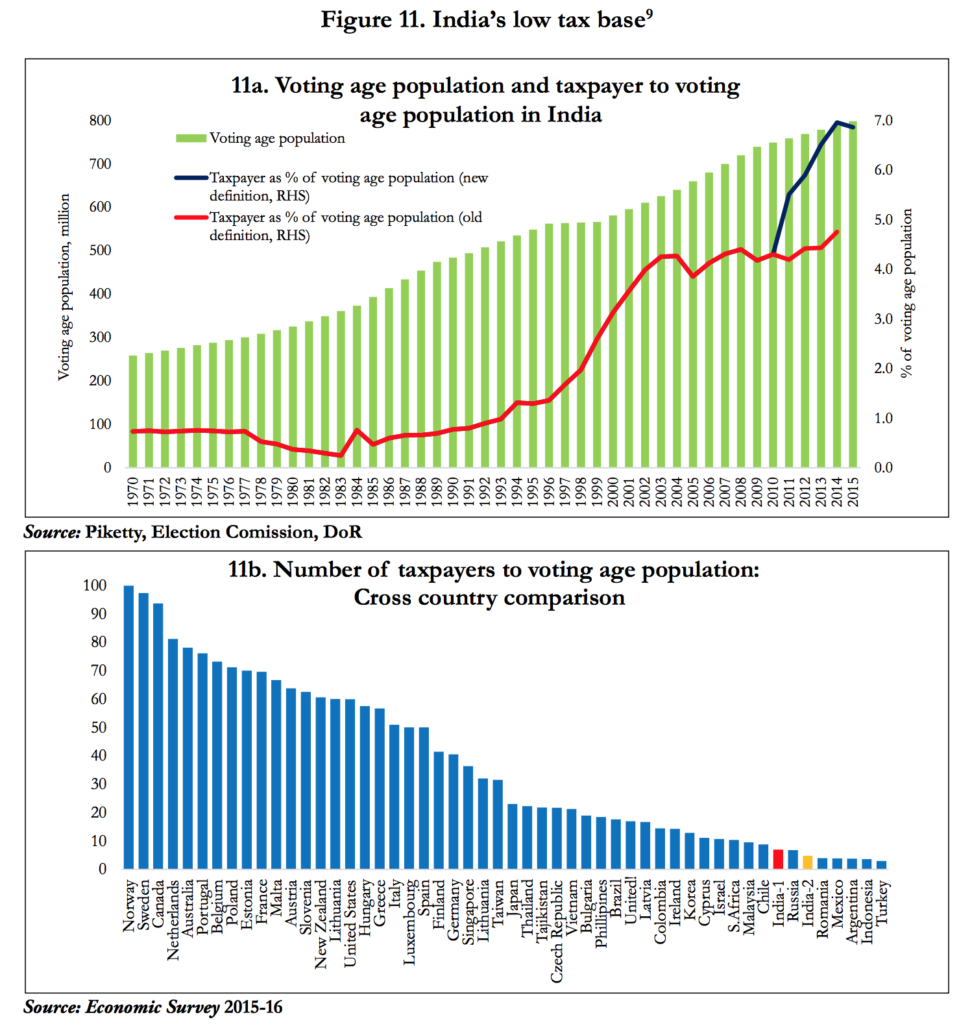 Figure 11 shows how few India’s income taxpayers number relative to the voting age population, especially when compared to other countries, and how slowly this ratio has risen over time

Most of the indicators on infrastructure activities are starting to show expansion. Particularly, the government’s focus on power, ports, roads and railways seems to be paying off 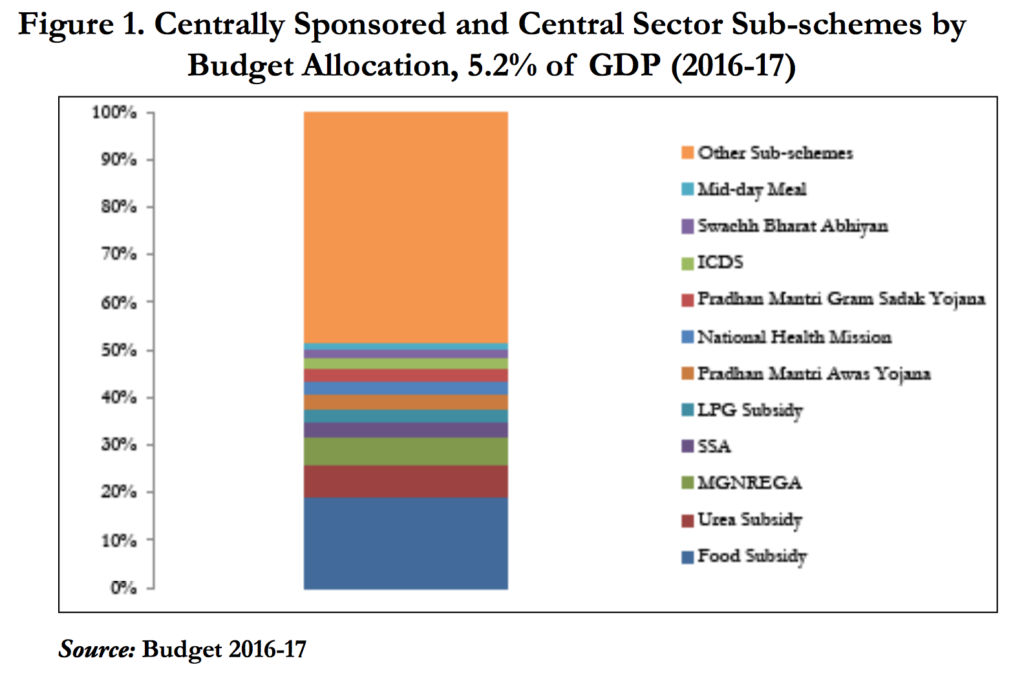 “There are about 950 central sector and centrally sponsored sub-schemes in India accounting for about 5 percent of the GDP by budget allocation (Figure 1). A large majority of these are small in terms of allocation with the top 11 schemes accounting for about 50 percent of total budgetary allocation. As is seen in Figure 1, Food Subsidy or Public Distribution System (PDS) is the largest programme followed by Urea Subsidy and the Mahatma Gandhi National Rural Employment Guarantee Scheme (MGNREGS).”