This is the final post out of three that cover charts and tables from Volume 1. Subsequently we will do posts on Volume 2.

This was first highlighted by Credit Suisse a few years ago and is a tough one to resolve. From the report:

“Stressed companies are consequently facing an increasingly difficult situation. Their cash flows are deteriorating even as their interest obligations are mounting – and if they borrow more, this will only cause the gap to widen further. In some cases, companies have tried to “square the circle” by selling off some of their assets. But this has sufficed mainly to buy them time, since selling off assets provides immediate revenues but leaves firms with less income to service their debts in the future. And even in the short-term this measure has proved a palliative for only a few companies. The aggregate financial position of the stressed companies consequently continues to haemorrhage., with losses (roughly, the excess of interest payments, depreciation and taxes over EBIT and asset sales) now running around Rs 15,000 crores per quarter, compared with a small net pro t two years ago. ”

2. Lending rates not coming down 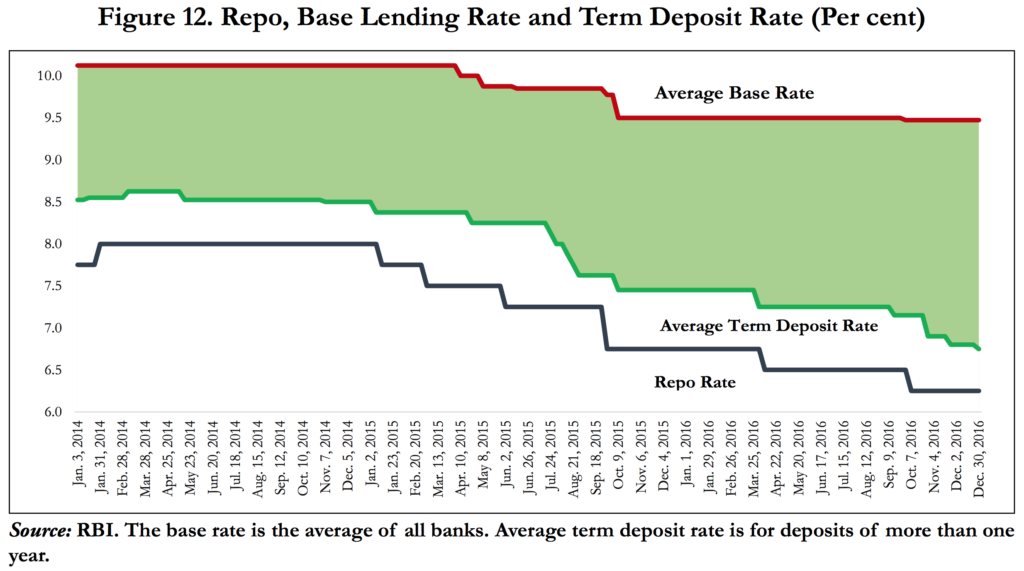 The growing NPA problem is increasingly becoming a tax on our economy and needs to be resolved urgently.

“Public sector banks have also responded to their stress in another standard way. They have tried to compensate for the lack of earnings from the non-performing part of their portfolio by widening their interest margins (Figure 12). For example, by December 2016 the gap between the average term deposit rate and the average base rate had grown to 2.7 percentage points, from 1.6 percentage points in January 2015. It was only following the extraordinary in influx of deposits consequent on demonetisation that public sector banks finally cut their lending rates by significant amounts. ”

“The widening of spreads, in turn, has encouraged disintermediation from the banking system. The increase in margins means that performing borrowers and depositors are effectively being taxed in order to subsidise the non-performing borrowers. Inevitably, the good borrowers are seeking funding elsewhere: from the commercial paper market for their short term needs and the bond market for longer- term financing (Figure 13). This could, in a way, be considered desirable, as it is helping develop the country’s capital markets. But if this trend of disintermediation continues, it will leave much of the “tax” burden on the MSMEs, who cannot decamp for the bond markets, since they require the knowledge- intensive type of lending that is provided only by banks. This trend may also pose risks for the banks themselves, who risk being left with just the riskier ones, with the better ones migrating. ” 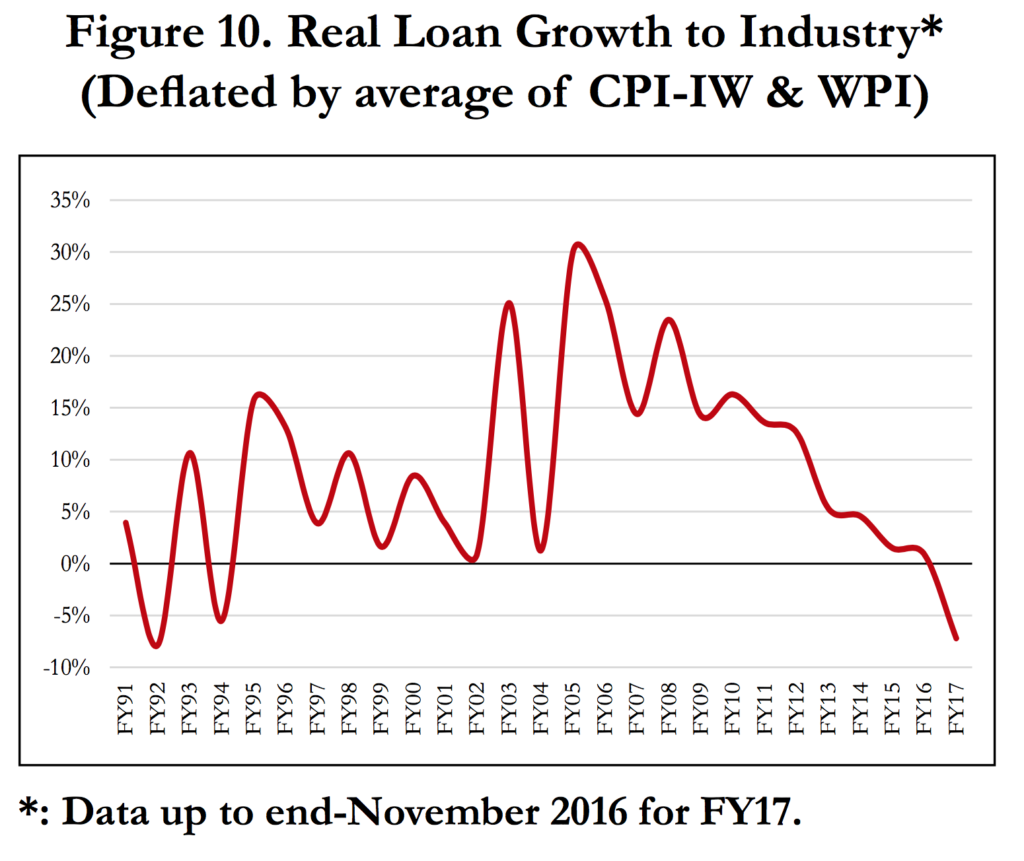 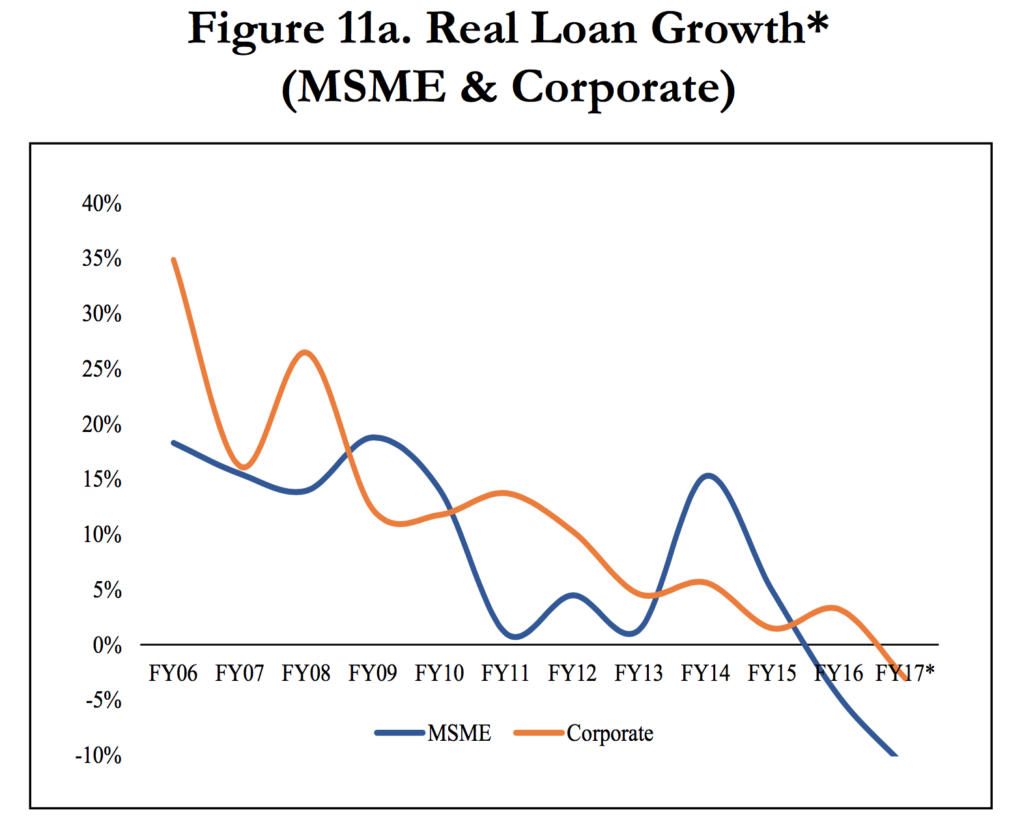