This is the final post out of 4 that cover charts and tables from the Economic Survey. In this post we cover Volume 2. 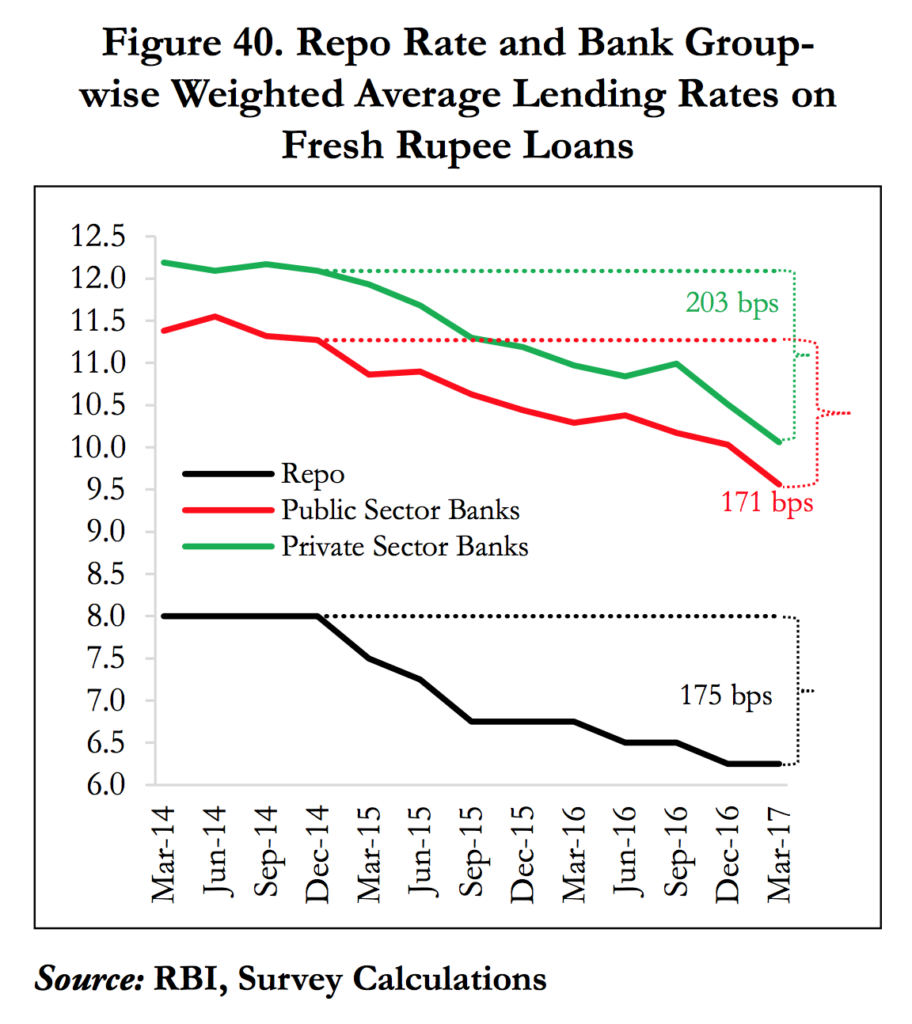 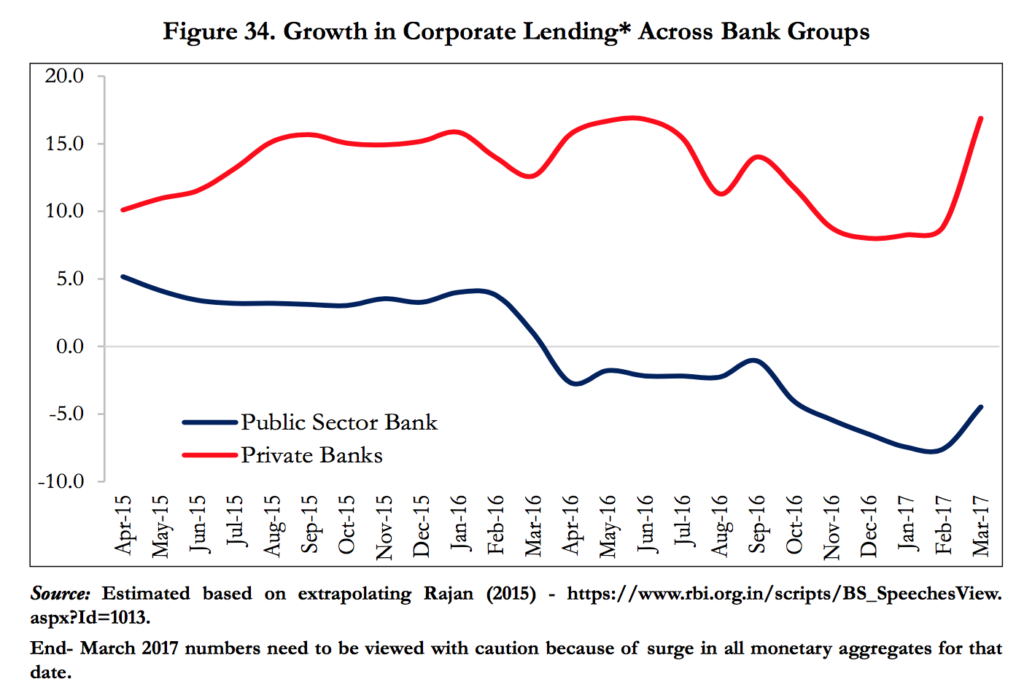 Is it then any wonder then that private sector banks are growing more than the public sector?

“Even as the new measures aimed at resolution unfold, it is worth thinking about the other ‘R’s in the context of a strategic approach to the banking sector. Burdened by stressed assets and the atmosphere of uncertainty that has existed for some considerable time, banks, especially those in the public sector, have had to focus on their NPA problem than on new lending. The Figure 34 shows inadequate demand cannot be the full explanation for the credit slowdown because the growth in lending by private sector banks is robust and much greater than for the PSBs.”

“The problem is that public sector banks are in damage limitation mode rather than seeking out new clients and opportunities.” 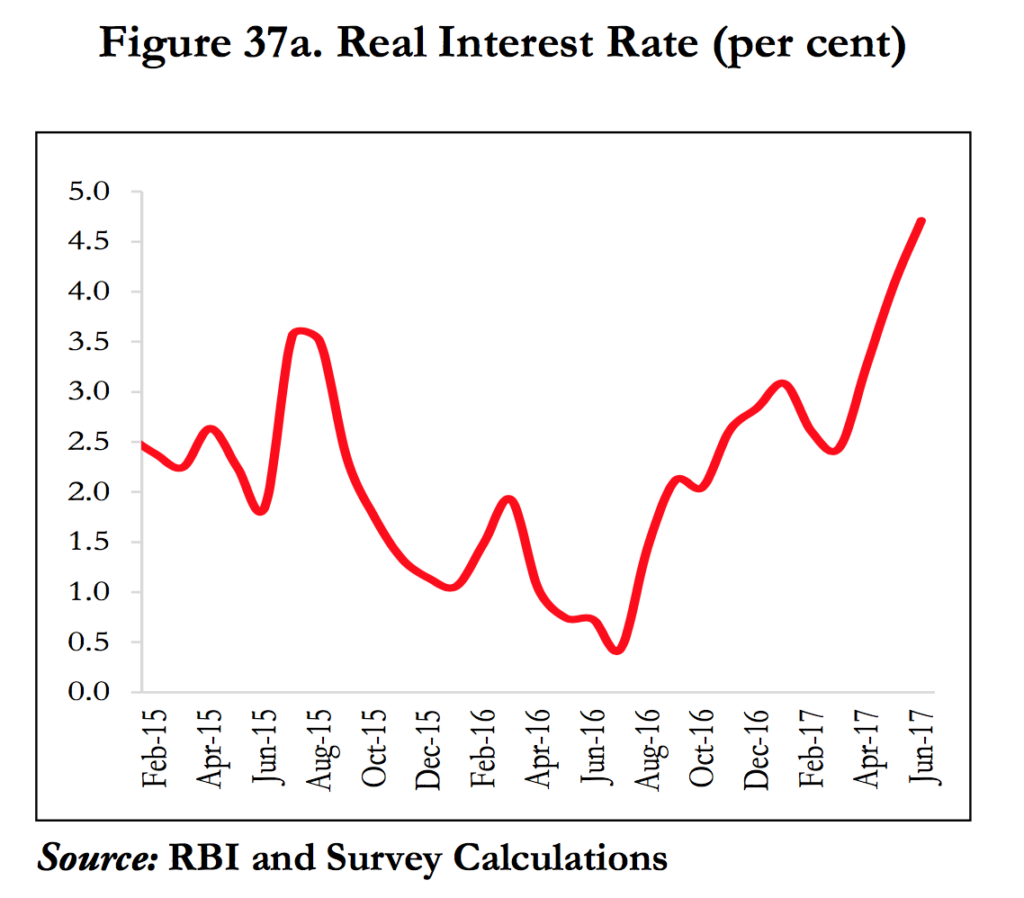 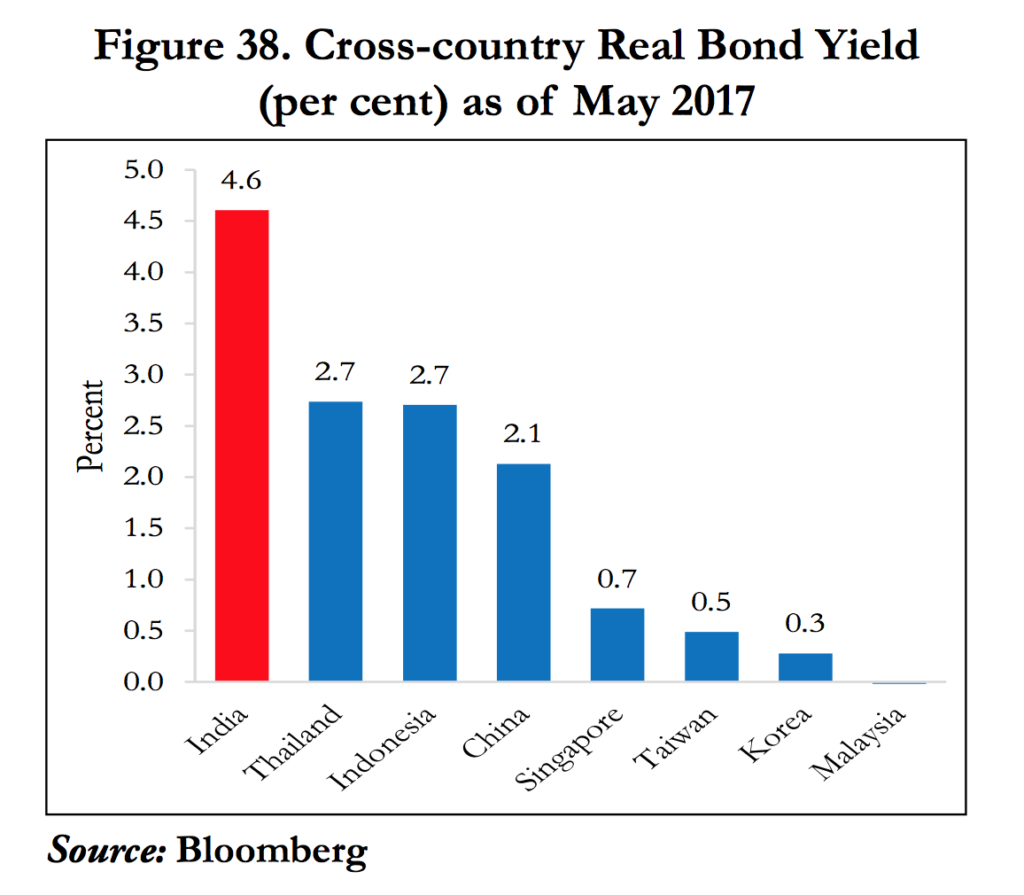 Coming back to the macro environment. The drastic fall in inflation over the last few years has meant that India now is faced with high real interest rates. These are the highest they have ever been and are substantially above levels in other emerging market peers. On the surface it would seem that the best solution would be to cut rates aggressively. But the poor transmission mechanism outlined above would mean that it would not have the desired impact. There is also the consideration that inflation is likely to go up over the next few months given the base effect. 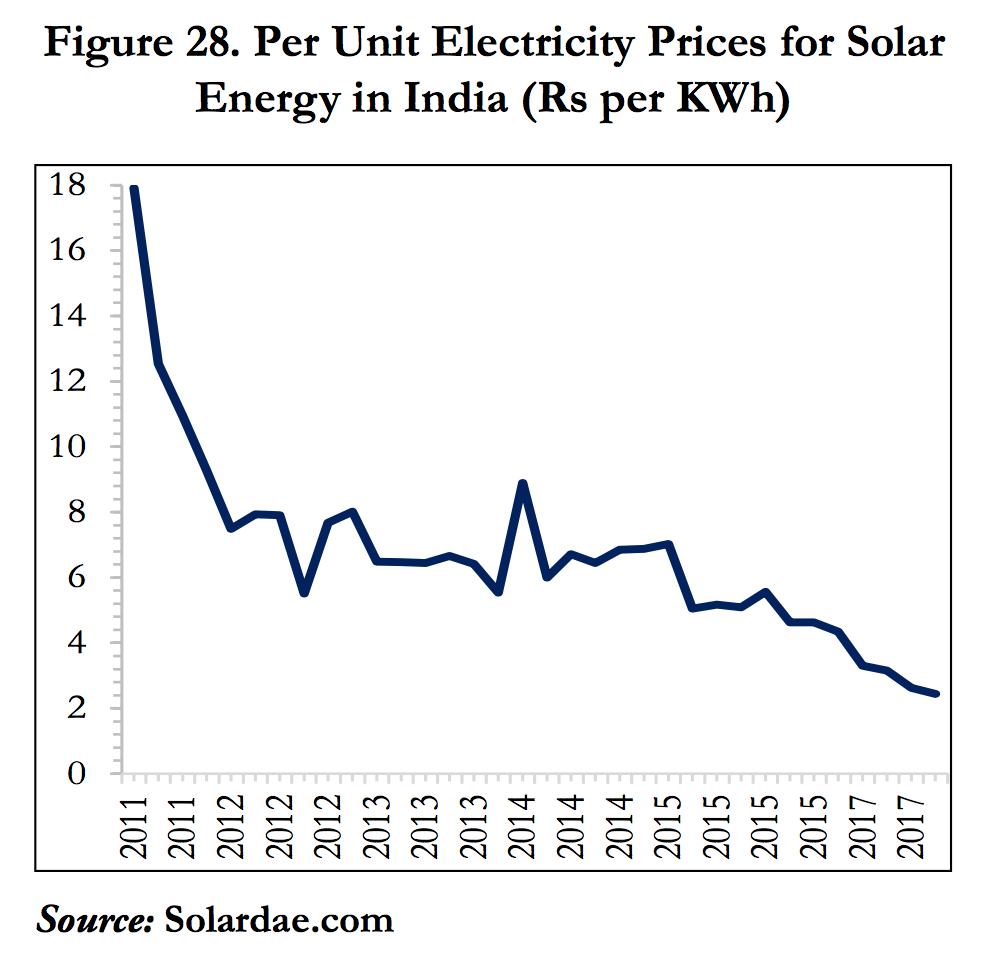 The boom in solar is starting to have knock-on effects on the broader power market.

“Reduced demand for thermal-based power is increasingly also a result of renewables becoming more competitive. As a result, average plant load factors have declined steadily to around 60 percent”

“This implies that in the current distribution of private sector thermal generation capacity, a number of plants are operating at well below viable levels of capacity utilization. If a rough benchmark of 60 percent and above is deemed viable, then Figure 30 shows that nearly 50 percent of current capacity is unviable.”

5. The structural growth in automobiles 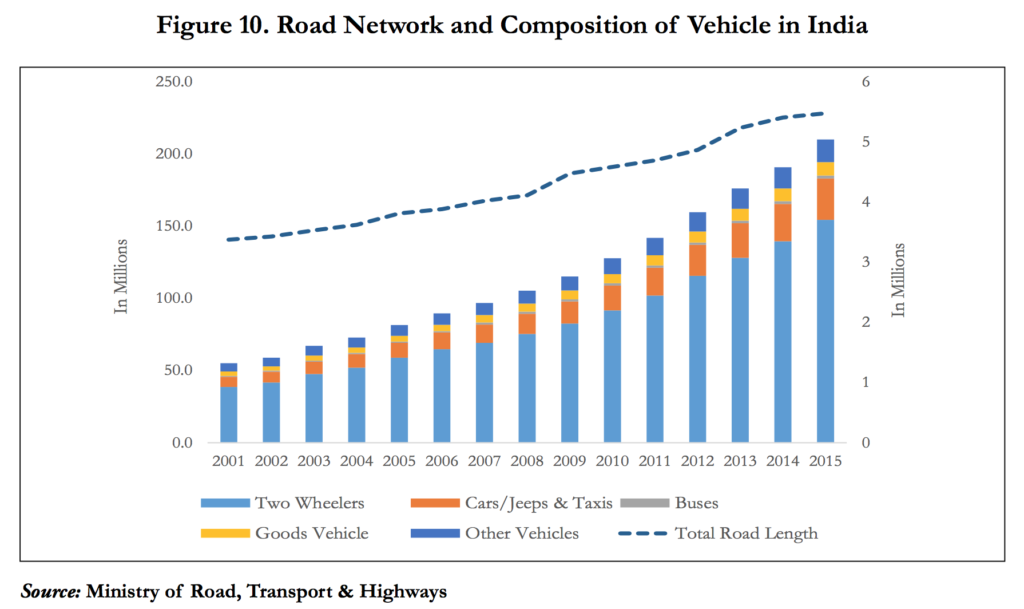 This wonderful chart perfectly captures the aspirations of the Indian middle class. 2 wheelers have enjoyed a massive boom over the last few years. And although it is still nascent, you can see how cars are also starting to form a mega-trend. Of course, this will also entail a challenge for the government in terms of its infrastructure capacity.

“India has about 54.8 lakh kilometres of road network, which is the second largest in the world. As on 31st March, 2017, out of total road network the length of national highways comprises 1,14,158 km with 1,61,487 km of state highways and 52,07,044 km of other roads. In 2001 total road length was 33,73,520 km with total number of 55 million vehicles on the roads. In 2015, total road length increased to 54,72,144 km while the total number of motor vehicles grew by four times to 210 million. The composition of vehicle shows that the share of two wheelers and passenger cars, jeep & taxis has increased on Indian road while the share of public transport like buses and also goods vehicles contracted over the period (Figure 10). Both the two wheelers and passenger cars are putting pressure on Indian roads.”