The Fall in Inflation

Inflation has been in a structural decline over the last few years. We take a look at some of the reasons behind this fall by looking at some charts from the latest RBI Annual Report.

Broadly, the fall in inflation over the last few years has been driven by food inflation. This is important because food and beverages constitute 45.9 per cent of the entire inflation basket. As per the report:

“Broadly, there was a sharp decline in the contribution of food and beverages in H2: 2016-17, while that of non-food components, notably transport and communication, and fuel and light, picked up. Housing and services such as health and education were the other drivers of inflation ”

We can see the drivers of food inflation over the last few years from the following chart: 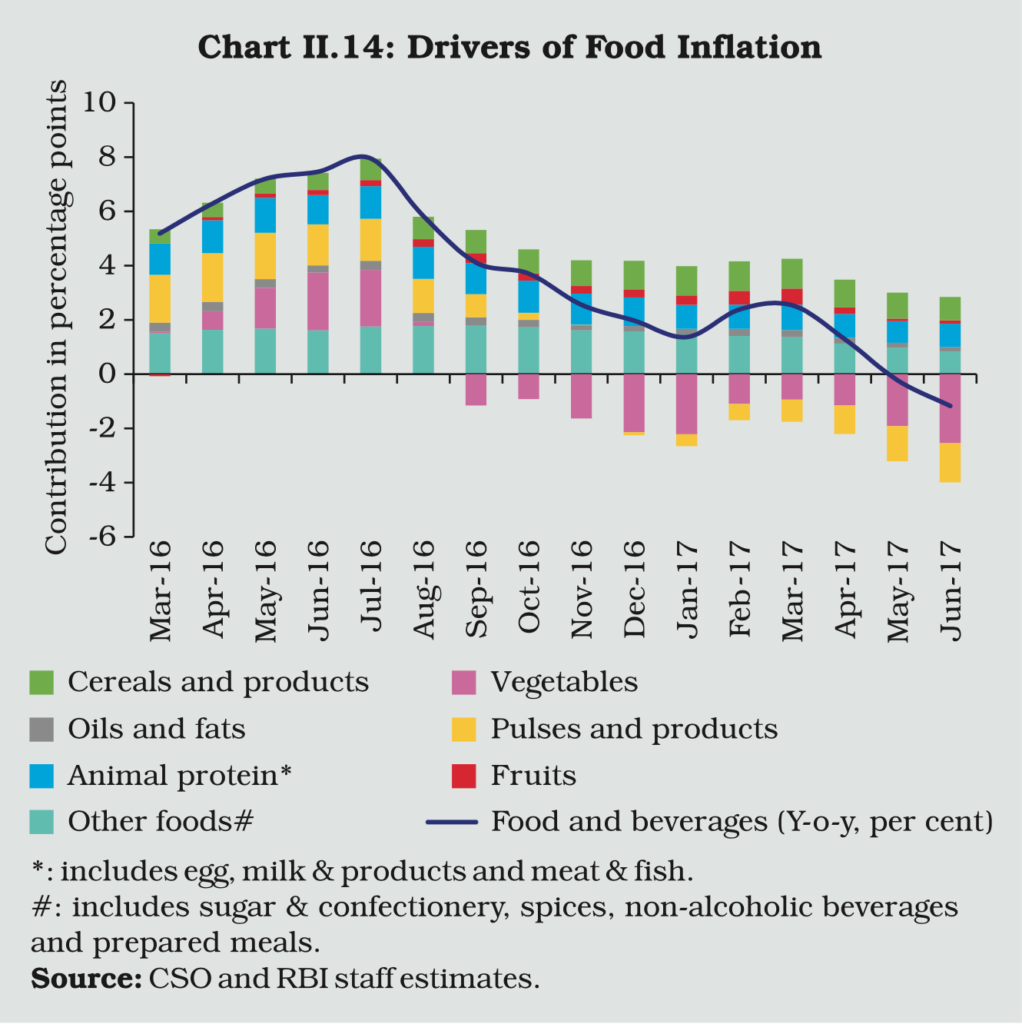 Over the last few years, pulses and vegetables have been the primary drivers of inflation. Earlier they used to be the main reason for the rise in CPI, with both having a high weightage in the basket as well as large changes in prices. Now, with good monsoons and prudent government policies on the supply side, they are having the reverse effect.

“As stated earlier, distress sales of vegetables and other perishables following demonetisation accentuated the loss of momentum in food prices. In January 2017, food inflation touched an intra- year trough of 1.4 per cent, although prints in May and June took it down even lower to (-) 0.2 per cent and (-) 1.2 per cent, respectively (Chart II.14).”

“Perishable items – primarily vegetables – that account for 13 per cent of the food group in CPI were the principal agents driving the collapse of food inflation. Vegetable prices faced an unprecedented downturn in August 2016 following significantly higher arrivals in mandis relative to the seasonal pattern. The loss of momentum intensified from Q3 with demonetisation and fresh winter crop arrivals. ”

Demonetisation also contributed to this fall, and as its effects wear off, we will likely see the inflation prints trend higher.

It is no wonder then that as the overall inflation figure has fallen, we have seen interest rates come down drastically. As from the chart below, you can see that the 3-month CP has fallen from just under 13 per cent in March 2013 to just under 7 per cent now. In fixed income terms, that is massive! 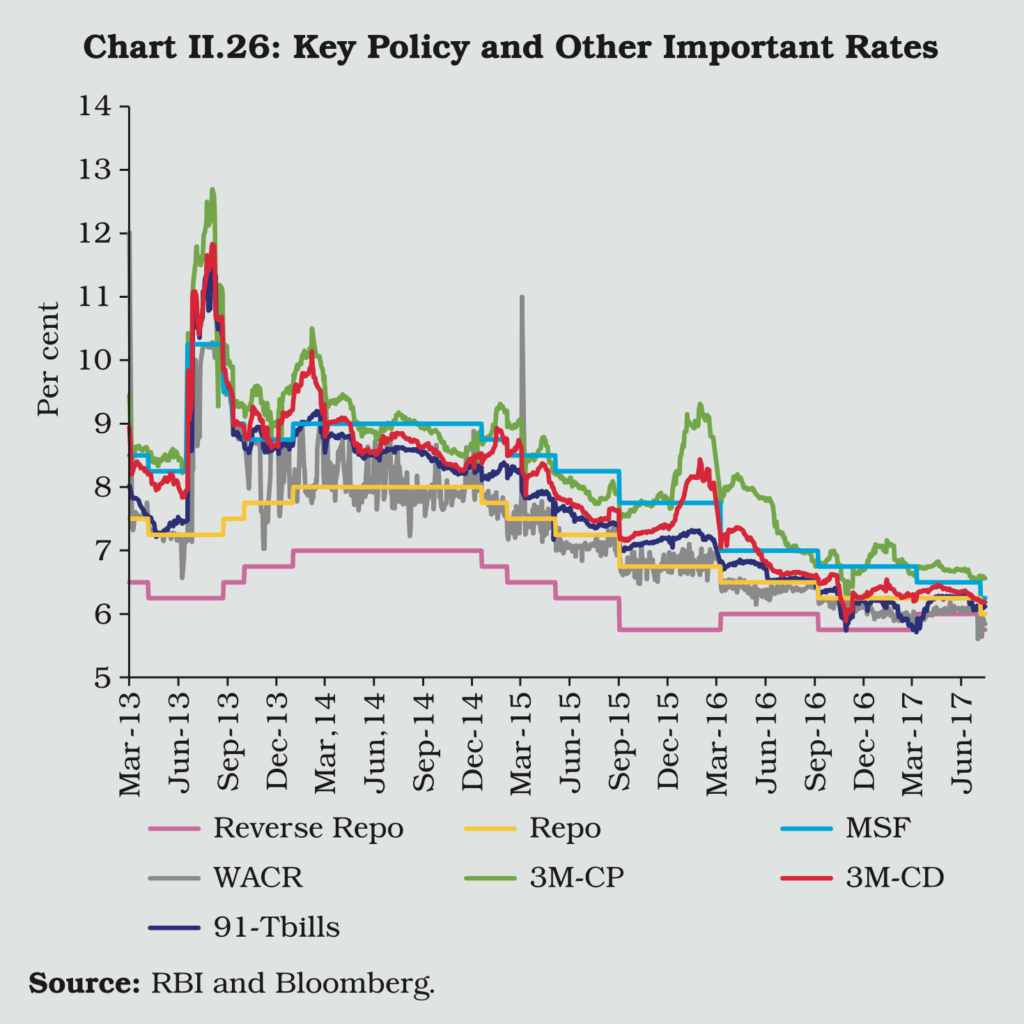