Indian equities are now starting to lag its global peers. The Sensex showed negative returns in September and has substantially underperformed on both developed and emerging markets. The difference is stark with India returning roughly 10 per cent in the last year compared with a broader emerging market performance of over 20 per cent. Meanwhile, the S&P500 continues to be a strong performer on a short, medium and long term basis. 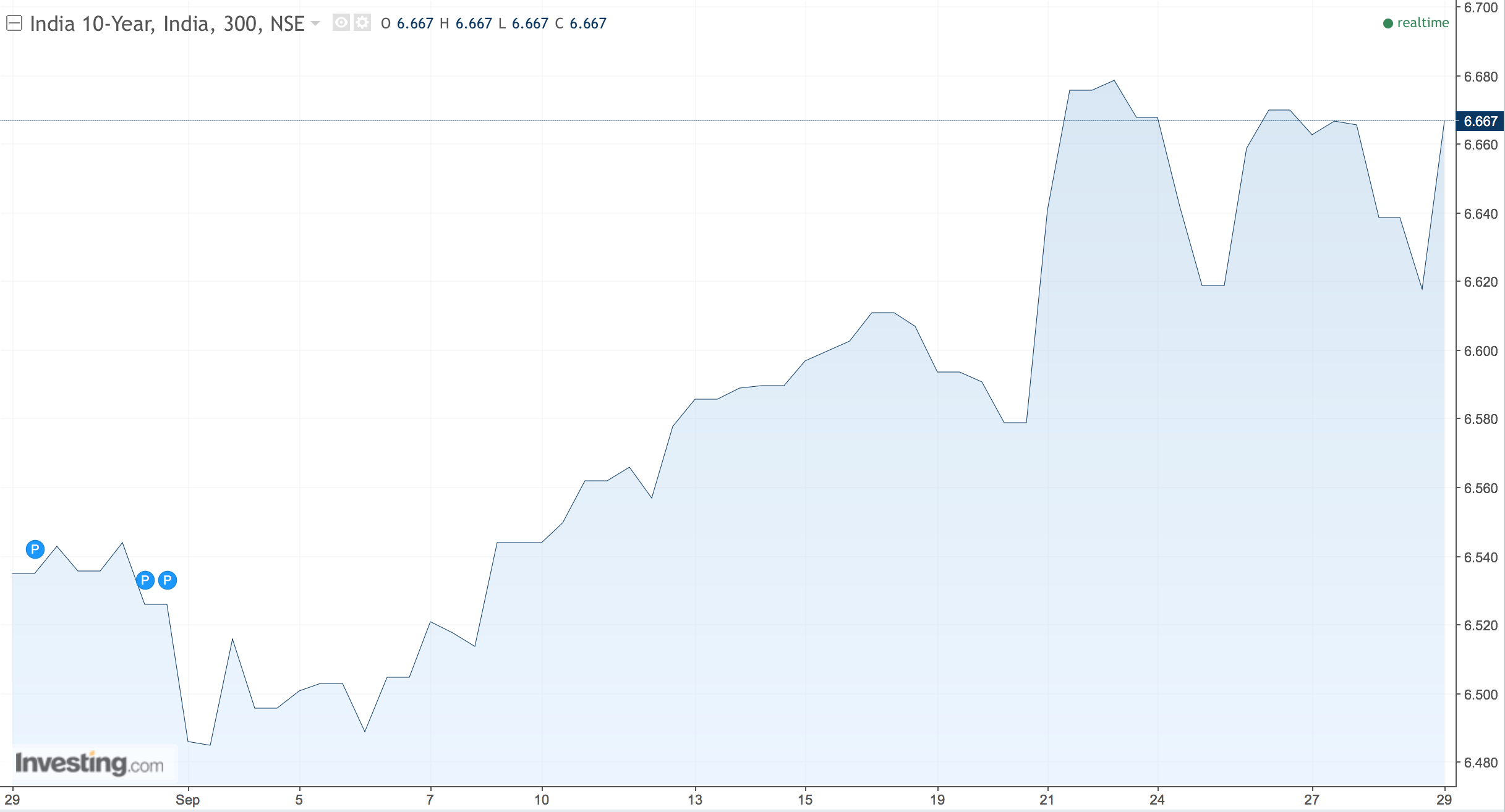 The 10 year G-sec yield has been steadily moving lower from almost 7 per cent in April to roughly 6.5 per cent at the end of August. It has remained roughly stable with a slight upward bias in September. It will be interesting to see how interest rates play out over the next few months given the fact that CPI and WPI are expected to move up, and at the same time the India GDP numbers are very sluggish. 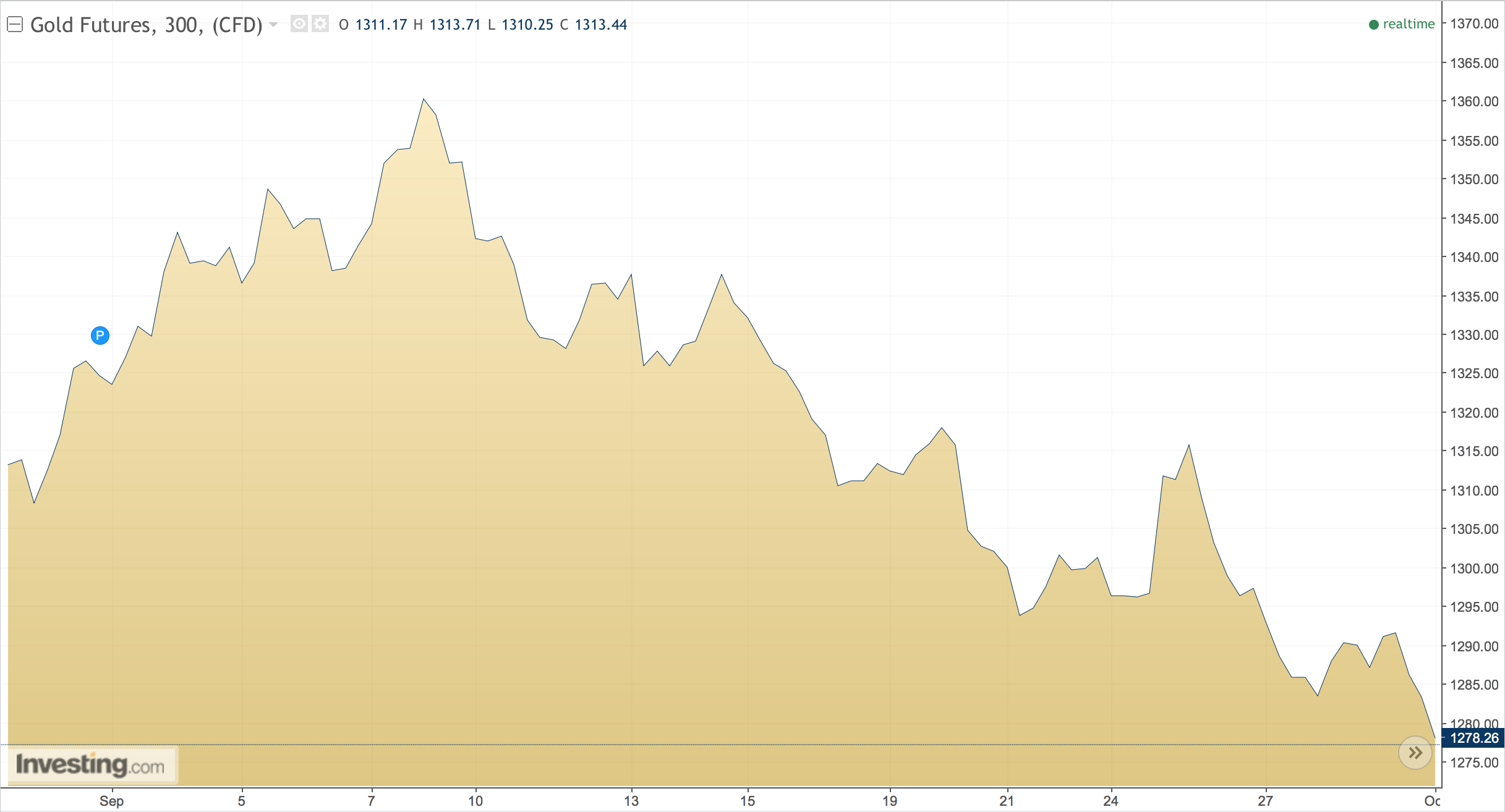 Gold has seen a slight downtrend in September, however the commodity continues to trade in the 1200-1400 dollars per ounce range. A strong move of gold outside of this range would give a better indication of its long term trend. 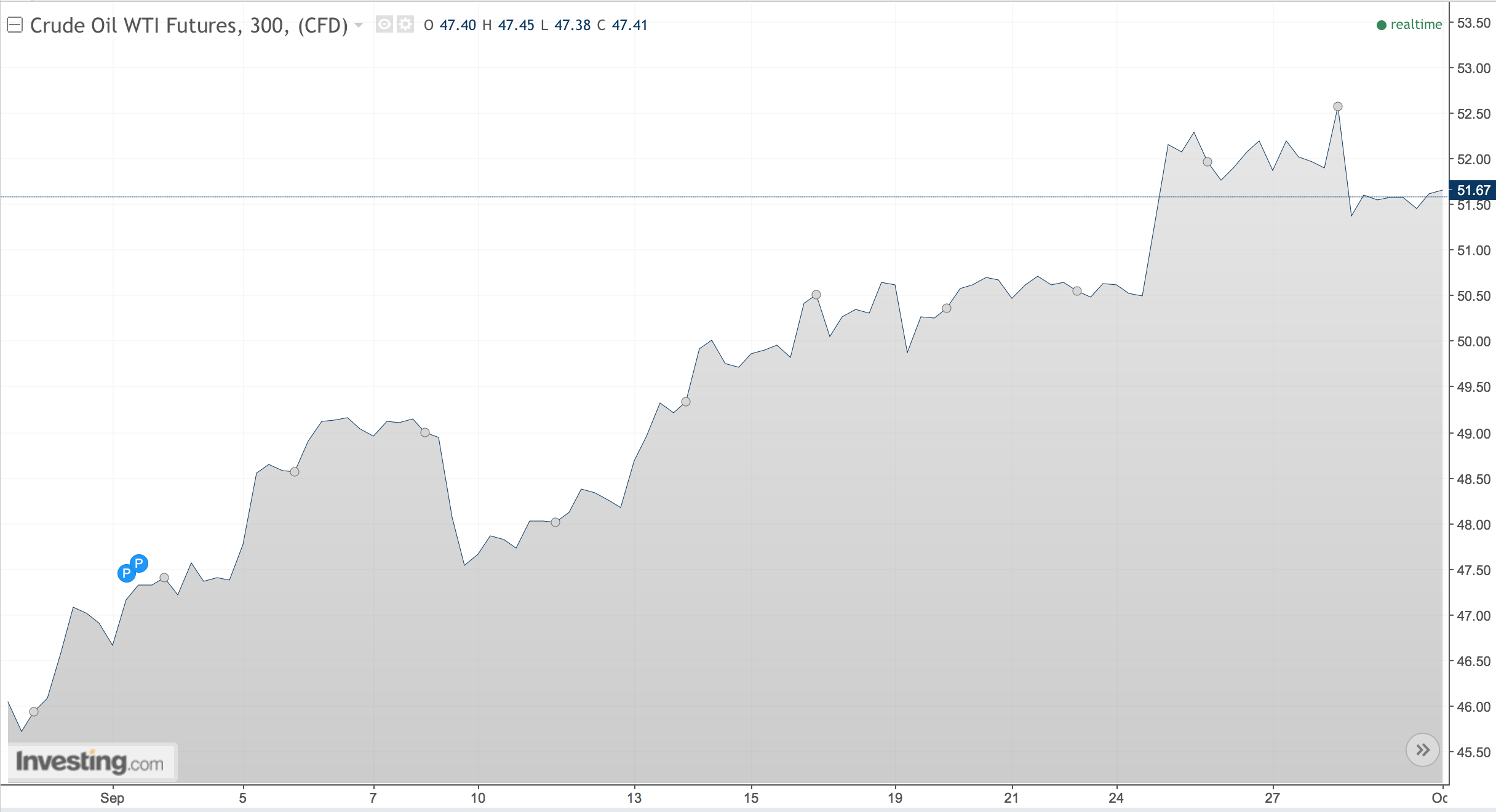 Oil has traded roughly in the 50-55 dollars per barrel range since the beginning of the year. The commodity fell below 50 in April, and has stayed around that level since then. September saw a bit of a run up, but it is still within range. Because of our large dependance on oil imports, it is hugely beneficial if oil continues to remain in this range or even corrects to lower levels. It must be noted also that the strongly appreciating rupee is certainly helping our fiscal deficits.

Most of the Indian currency pairs were roughly stable in September with the exception of the Pound. The pound has appreciated a little under 6 per cent against the rupee, moving from 82 to roughly 88.