A disturbing trend in MNC’s

Over the last few years, I have noticed a disturbing trend with multinational companies listed in India. Their actions speak poorly of their regard for minority shareholders.

According to the Mint paper (emphasis mine):

In a notification to the stock exchanges on Wednesday, Siemens Ltd said it plans to sell its mobility division (which houses businesses linked to transport) along with the rail traction drives business and the mechanical drives business to its parent, Siemens AG or a wholly-owned subsidiary.

The news certainly did not go down well with investors, although the negative reaction may have been exacerbated by the dull sentiment on the Street. The Siemens stock closed about 4% lower at Rs1,199.15.

Actually, the board’s decision need not have surprised anyone on the Street. One may recall that a few months ago, Siemens AG and its French competitor Alstom SA came together to combine their complementary strengths in the mobility segment through a special joint venture company. Perhaps the global move was to combat growing competition between the two entities in the field and from China’s CRRC Corp. Ltd, a strong force to reckon with.

Even so, the decision to sell the business in the Indian outfit certainly raises questions for the minority shareholder.

First, this is the second such move in a short span of two years. In March 2016, Siemens sold its domestic healthcare division to a wholly-owned subsidiary of the parent firm, citing global restructuring and preference for locally manufactured products versus imported ones by firms such as Siemens, as key reasons. Why sell another profitable division to the parent yet again?

Second, the mobility division and mechanical drives business together account for about 16% of the total revenue. Apart from stable revenue growth, the mobility division’s Ebit (earnings before interest and tax) margin has been expanding over the last three years—from 3.8% in fiscal year 2014 (FY14) to 7.6% in FY17.

Importantly, given the central government’s increasing focus on building railway infrastructure, analysts had anticipated this segment to bring in good orders, revenue and profit at least a year or two hence. Doesn’t the sale therefore deprive the minority shareholders of growth prospects in the company?

In fact, when the healthcare division was sold, the parent firm had said that the decision and capital raised by Siemens would help better allocation to other areas, of which mobility was also a part. On the one hand, these multinational global firms enjoy superior valuations that are well above those of their local peers and on the other, they send such inconsistent messages.

Such moves leave the minority shareholder wondering if businesses once nurtured and viable could anytime be taken off their plate and moved to the parent’s, impacting growth prospects.

In fact, Siemens is not the first company to do this. Maruti Suzuki made a similar move a few years ago when its parent Suzuki Motor corp made a deal to build a factory which was wholly owned by it. The parent company has said that the factory would supply all its output to Maruti. Similarly, Nestle SA recently announced that it would start its pet care business under a new entity Purina Pet Care India Limited which would be a subsidiary of Nestle SA, but would be associated with the Indian identity.

In essence such moves show that these parent companies have wanton disregard for the interests of minority shareholders. They are not afraid to use the resources and capacities of their Indian listed entities to benefit themselves even if their subsidiaries do not get the benefit of their actions. Can investors then justify such a premium on Indian listed MNC’s? If all the high growth and most profitable opportunities are being taken by wholly owned subsidiaries, would it not be better to invest in the globally listed parent company? 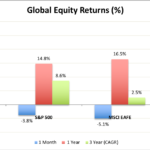