About a year ago we had done a post on the shrinking Alpha in large cap mutual funds. Globally, there has been a shift of financial flows from active to passive management because of the inability of active managers to outperform their benchmarks consistently after fees. For a long time India was able to buck this trend but, more recently, things have started to change.

The Mint paper had a good graphic on this: 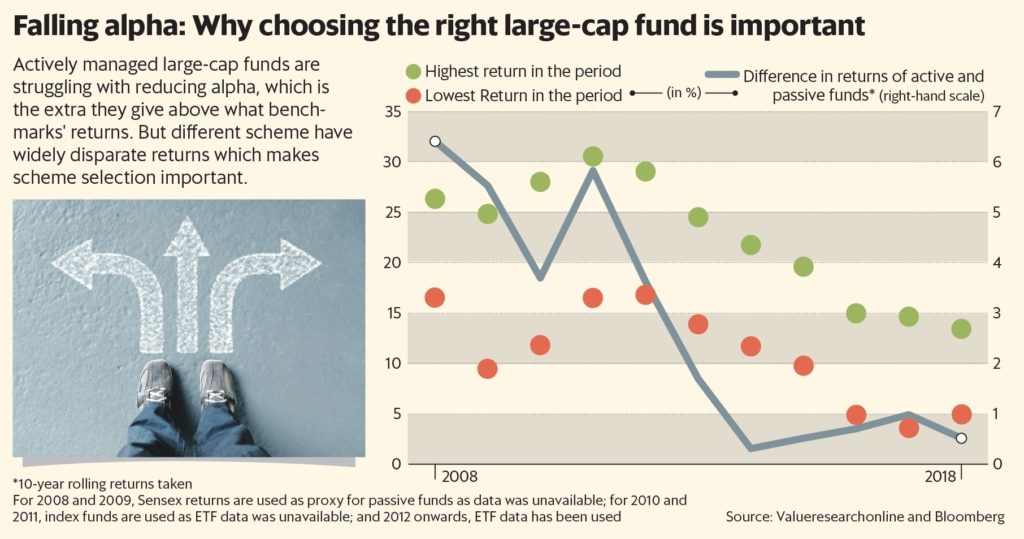 Increasing fund flows to mutual funds as well as competition between institutions, both domestic and foreign, has led to the large-cap market becoming ever more efficient. This has translated into lower alpha over the benchmark with each passing year. The new standardisation norms introduced by SEBI earlier this year will most likely only accelerate this trend.

What is even more impressive is that this shrinking alpha has come inspite of the fact that mutual funds can invest in a much broader basket of securities. For example, the benchmark Nifty index has only the top fifty stocks. However large cap mutual funds are allowed to invest eighty per cent of the corpus in the top hundred scripts and can add up to twenty per cent of their funds into mid-cap companies.

Increasingly, funds in the large cap space will compete to give better returns by lowering their fees. SEBI has also made a call for high expense ratios to come down. However, the regulator is also to blame for the current fee structure being so high.

Till 2012, Indian mutual funds had a well-regulated stepped cost structure. The maximum an equity mutual fund could charge was 2.5 percent, including service tax. As assets under management (AUM) increased, costs came down. An average equity mutual fund used to charge around 1.75 to 2.25 percent. Remember, fund sizes were smaller then and even then the TER was lower.

The net effect of these changes was a significant increase in costs for investors. Total costs increased by 75 to 85 basis points. Now, an equity mutual fund could charge around a maximum of 3.3 percent compared to 2.5 percent earlier. Obviously, all mutual funds increased the investor costs to match these new higher limits.

In fact, as their assets grew substantially, the mutual fund industry actually increased their expense ratios. This is the reverse of economies of scale! And why should current unit holders pay more to enable new investors to sign up?

Why should the regulator allow it to charge additional expenses to investors to grow its business? There is no rationale for existing MF investors to fund the shareholder’s future profits. Why can’t expansion be funded from profits?

It is good to see SEBI acknowledging now that expense ratios must now come down. But even if it doesn’t, the shrinking alpha in large caps will naturally lead to more competition and better pricing. 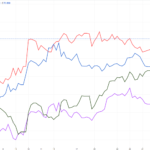