October was a brutal month for Indian equities. As can be seen from the chart above, the Sensex on a broader level fell over six per cent in the month. The correction in mid and small caps was even larger. However, on a longer term basis, the returns are still in double digits. In fact our recent post on the long term returns on Indian equities corroborates this view. Most other indices had a rather uneventful month, with returns being roughly flat across the board. The US markets continue to deliver the strongest returns over both a medium and a long term basis. The broader emerging market indices have given poor returns over the last one year. This is partly due to escalating trade tensions and a strong depreciation against the dollar. 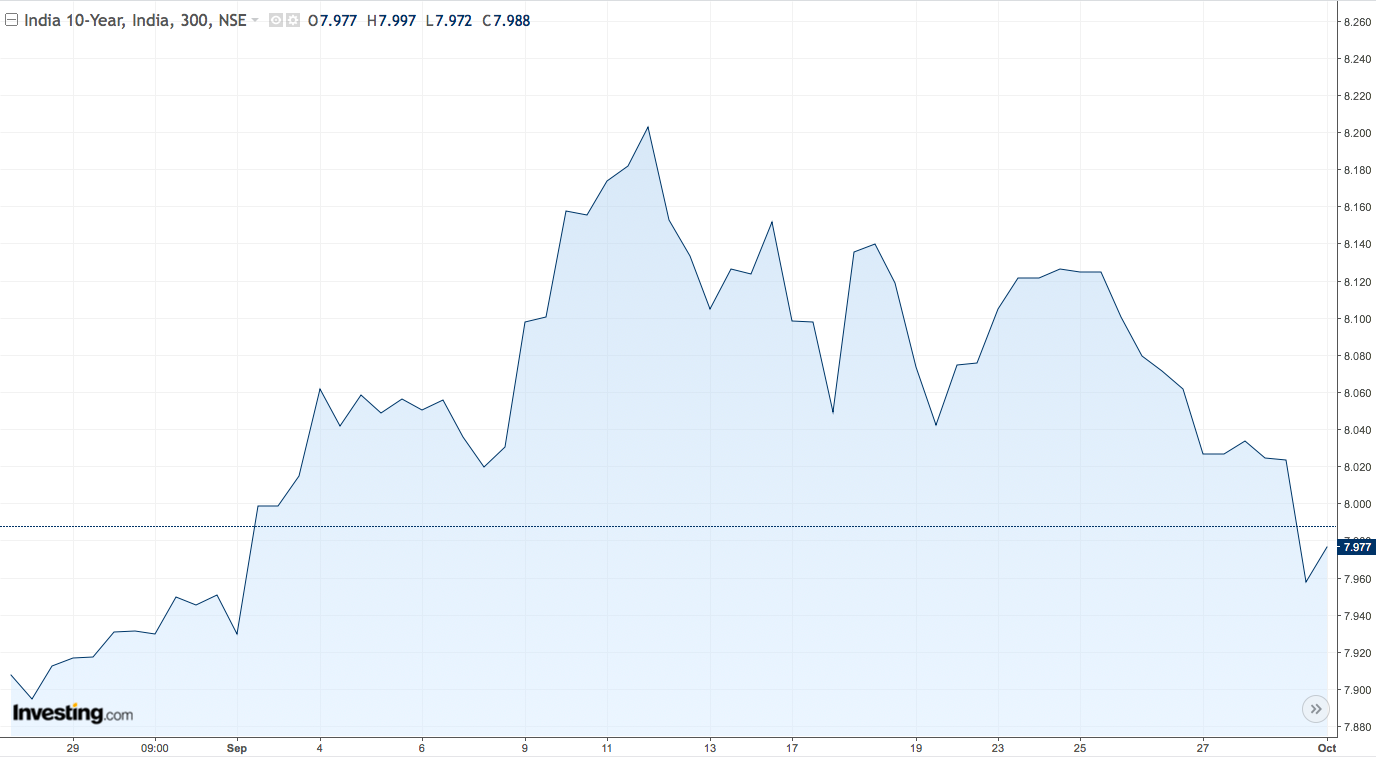 Indian bond yields spiked sharply in September, going from 7.95 to 8.20 before closing at just under 8 per cent. The concerns over defaults on the systemically important IL&FS created an overhang on the market. This was amplified by concerns over oil prices spiking, the FED raising interest rates, the currency depreciating sharply and a liquidity deficit at the end of the month due to tax outflows etc.. The market is likely to be driven over the next few weeks by decisions and guidance given at the next Monetary Policy Committee meeting. 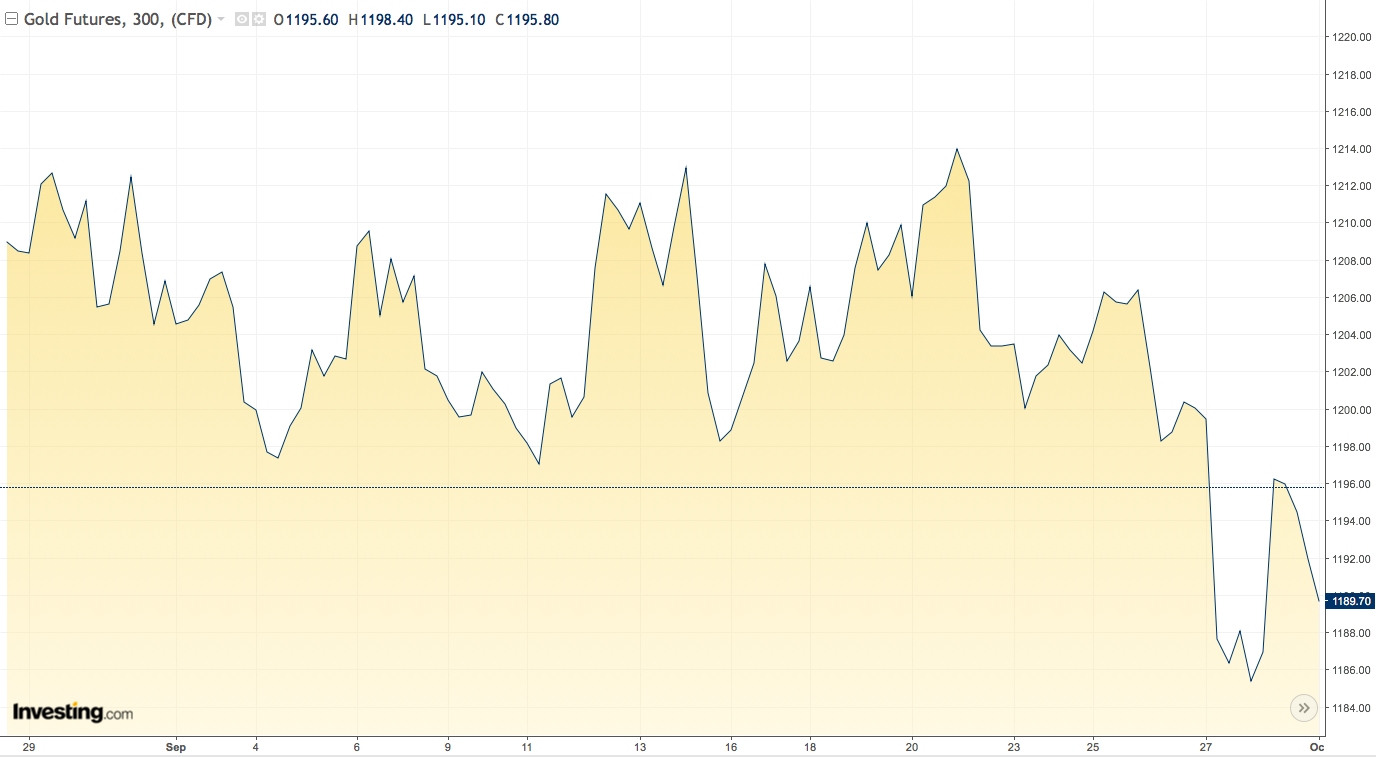 Gold moved down in the month and closed below the 1200 dollars per ounce. If the commodity stays below this level or moves strongly away from the 1200-1400 range, it would give a better indication of the long term trend. 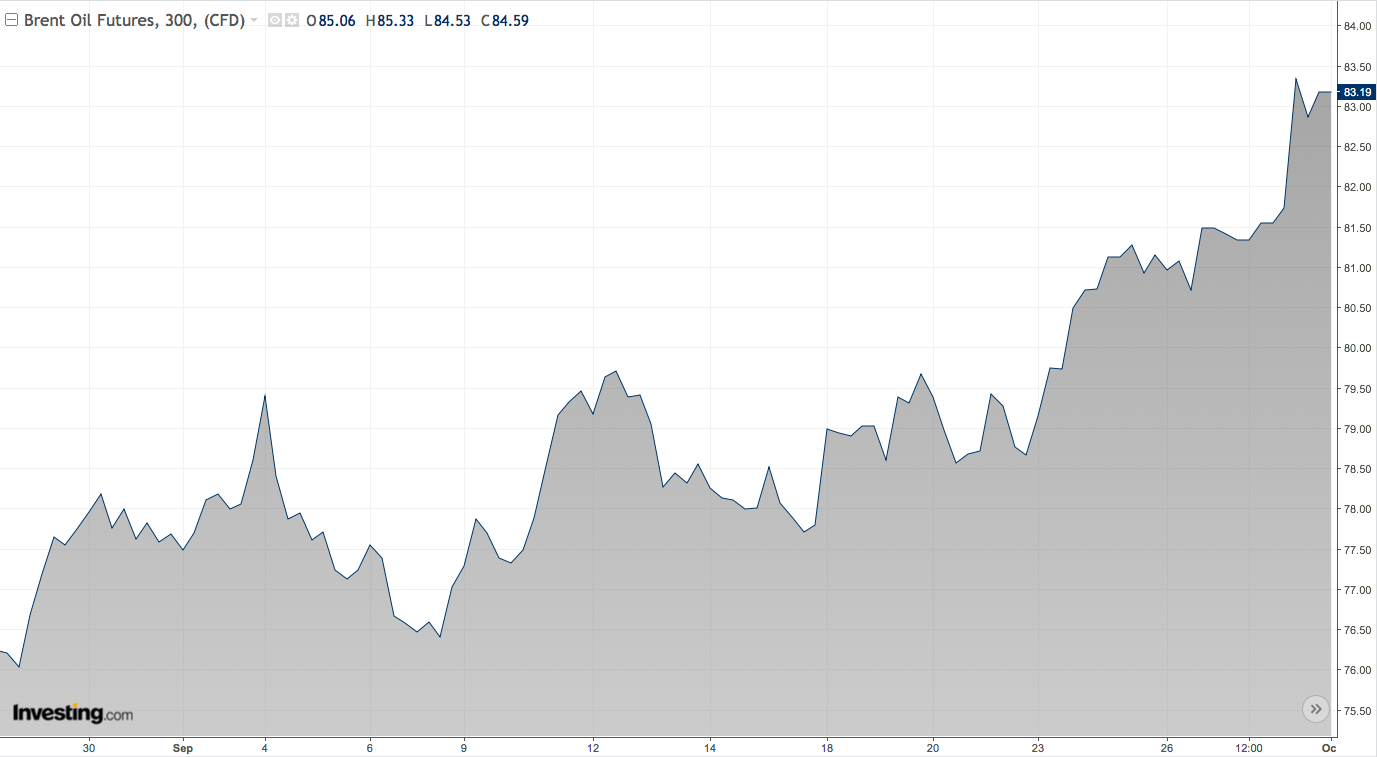 Oil continued its rally in September. From a value of 71 in the beginning of August to just over 83 dollars per barrel at the end of September. Because of our large dependance on oil imports, it is important to keep an eye on this figure as it can have a destabilising effect on our macros. 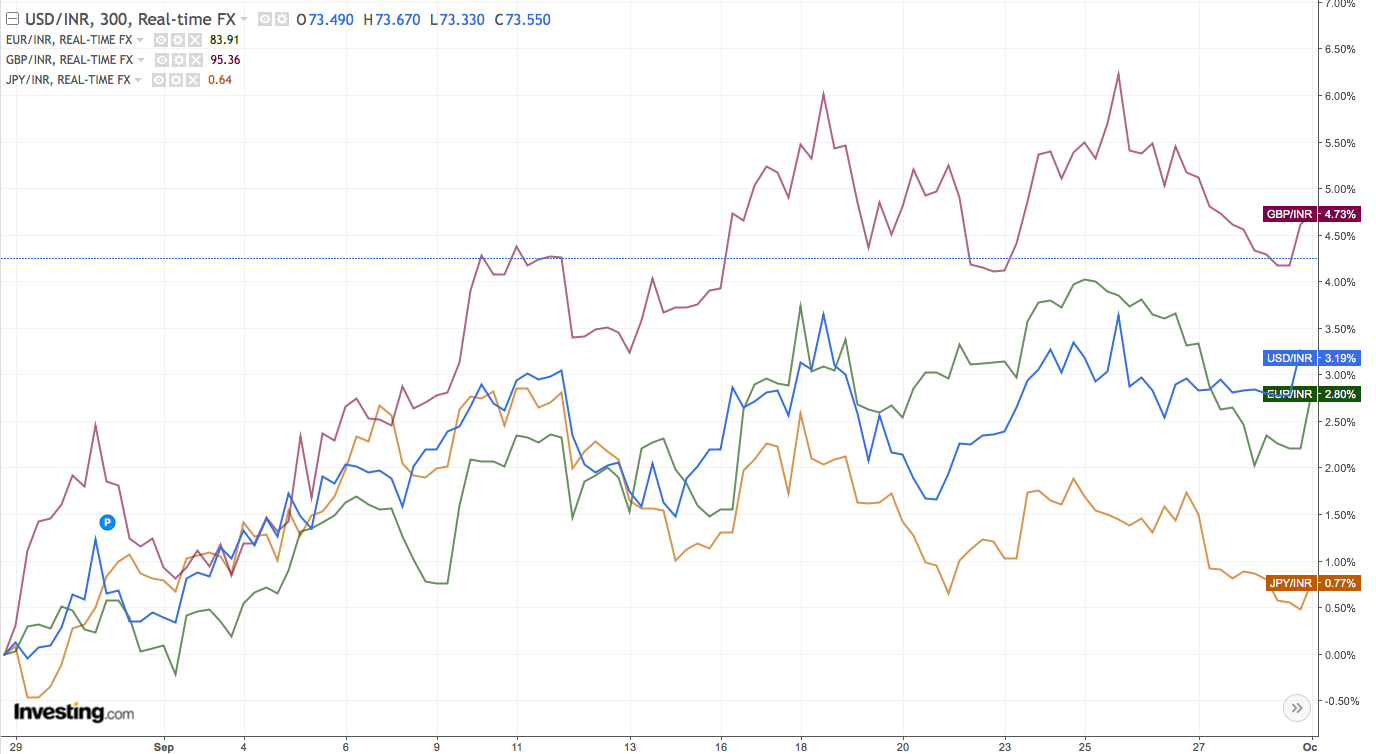 The Rupee continued its sharp depreciation against most major currencies in September. In fact, even thought the currency was one of the worst performers globally against the dollar in the month, the rupee depreciated most sharply against the pound, with the GBPINR rate crossing 95 in the month from 91 in August.