The Sensex was flat for the month and has outperformed its peers in both emerging and developed markets. Broader markets fell sharply led by the fall in the S&P500 of around nine per cent. Barring the Sensex, most equity markets have given negative returns in the last year.

Indian bond yields continued to correct in December, falling from 7.65 to 7.43. The collapse in crude oil prices and an easing of the liquidity situation has led to some relief in the bond markets.

Gold moved higher, but still was within range during the month. If the commodity moves strongly away from 1200-1400 dollars per barrel, it would give a better indication of the long term trend. 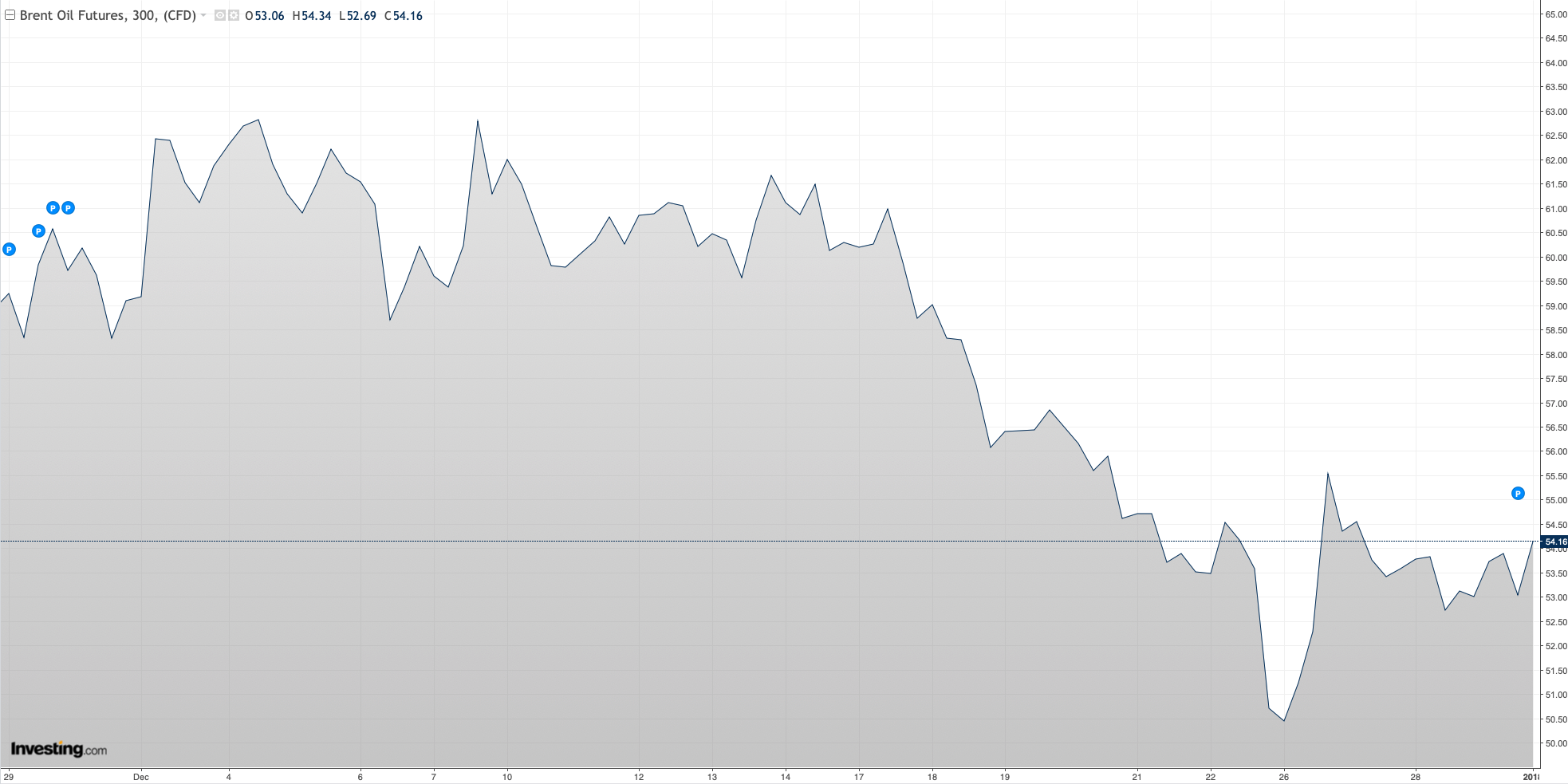 Oil continued to fall in December. From a value of 86 in early October, it closed at just above 54 dollars per barrel at the end of last month. This is a very sharp correction and is a positive development for the Indian economy because of our large dependance on oil imports. It is important to keep an eye on this figure as it can have a destabilising effect on our macros. 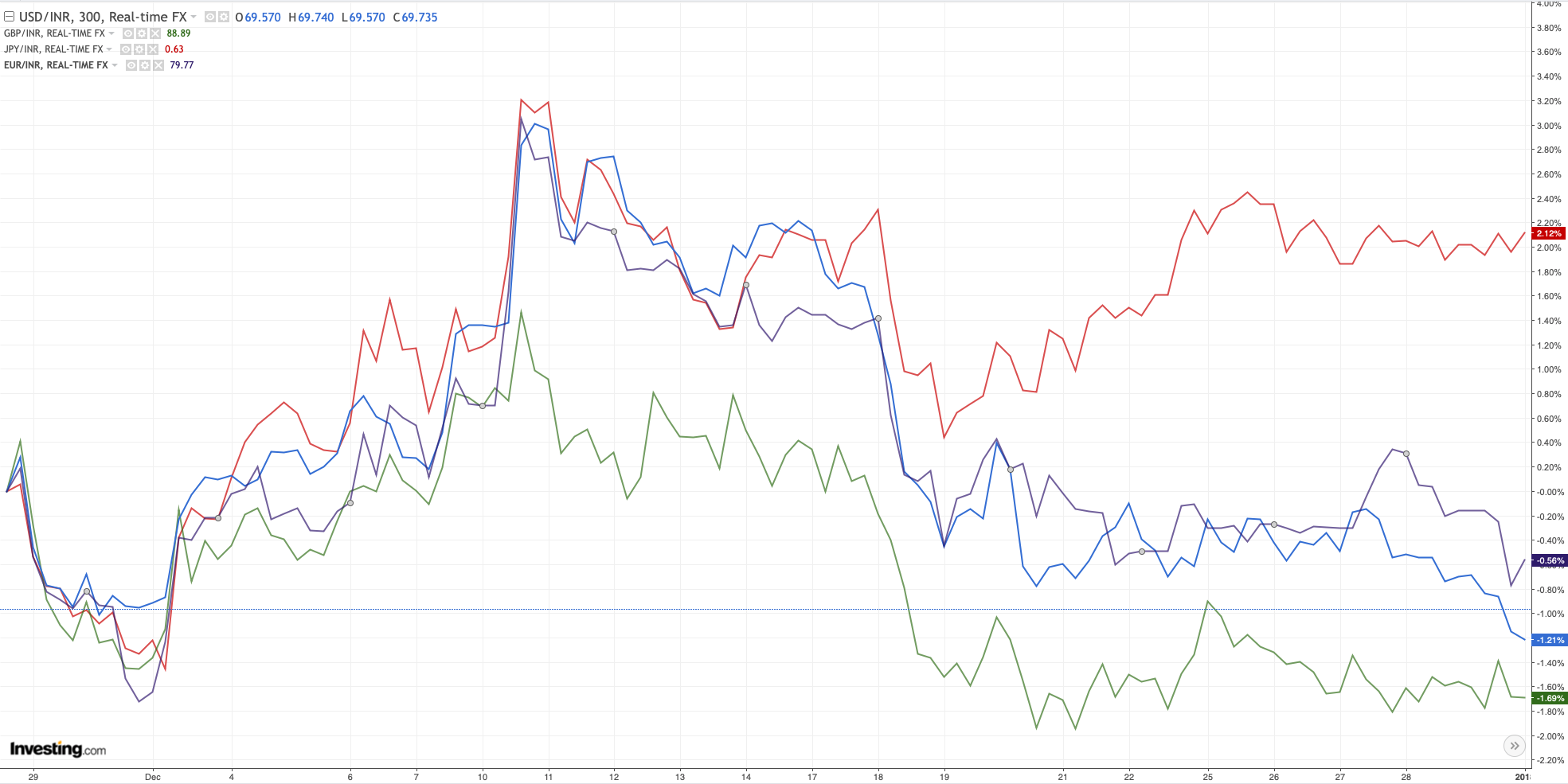